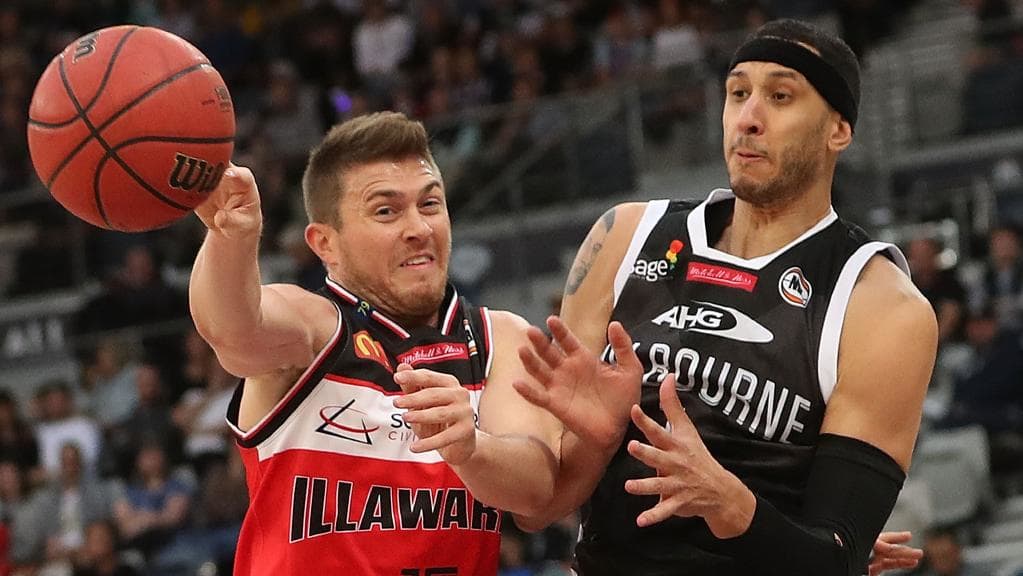 THE regular season is in the books and for six teams, their 2018/19 NBL season comes to an end, while for the Perth Wildcats, Melbourne United, Sydney Kings and Brisbane Bullets, the postseason awaits.

Two teams who will not be taking part in the postseason tournament faced off on Thursday night with the winner moving into sole possession of 6th place on the NBL ladder. The Breakers were hoping their final home game of the season would be a great one and something that would give their fans hope heading into the offseason. The Breakers crowd were rocking early on, with their team jumping out to a huge first half lead, a lead which they would continue to build throughout the game. New Zealand won every quarter and built the lead to almost 40 points several times throughout the game before closing out with a 130-06 win. Eight players scored in double figures for the home side, led by Shawn Long’s 21 and Corey Webster’s 18. The Breakers season is one of definite disappointment as they had shown the potential to be one of the better teams in the league when they played their style of game, however the consistency just was not there on a week to week basis. For the Hawks, the loss signals back to the beginning of the season where their defence let them down and cost them a number of games. Their offence was serviceable throughout the game, especially when the second unit entered the game, with three bench players scoring in double figures.

If ever there was a trap game, this was it! Melbourne United opened the first of a two game homestand for the final round and a chance to secure homecourt advantage throughout the playoffs for a second consecutive year. The homestand began with a contest against the bottom of the table Cairns Taipans. United got off to a poor start, struggling to stop the Taipans offence, led by Melo Trimble and David Newbill, as well as an inability to hit shots of their own. The Taipans built a strong lead heading into the fourth quarter and continued to execute the gameplan and put themselves in position to steal a win. Cairns held an 86-79 lead with just three minutes remaining before United finally got on a roll and shut down the Taipans offence. A 6-0 run over the next two minutes, cut the lead to just one with 30 seconds remaining before Jarrod Kenny hit a clutch free throw in the final 10 seconds to increase the lead to two. Melbourne United had one final chance to escape with a win, however unfortunately for the Melbourne fans, Mitch McCarron’s three pointer would just miss, as Cairns ended Melbourne United’s hopes of claiming top spot. Trimble and Newbill combined for 39 points as the duo enjoyed quite the duel with Casper Ware and Bryce Cotton who combined for 40.

Following Melbourne United’s loss the night before, the Wildcats had a chance to claim top spot with a win over Adelaide, who were hoping to tighten their grasp on the final playoff spot. In a potential first round matchup, Adelaide were impressive early on but Perth would eventually find their rhythm. Heading into the final quarter, the 36ers held a narrow four point lead as the game had the feel of one that would come down to the wire. The Wildcats came out with a flurry to begin the final term where Bryce Cotton would prove just how valuable he is as he once again rose to the challenge and carried his side to victory. Big shots, electric drives and clutch plays from Cotton led the Wildcats to an eight point win and with it top spot and homecourt advantage in the playoffs. Cotton finished with 29 while Terrico White added a further 20. The loss significantly hurts the 36ers chances of securing the fourth seed and opens the door for the Bullets later in the round, to take their spot.

Looking to record their second consecutive upset over the big three this round, the Taipans rolled into Sydney for their final game of the season. The Kings would require a victory and a loss by Melbourne United to claim the second seed and homecourt in the first round. Both teams brought the intensity early, with Cairns once again proving they’re a better team than their record and ladder positioning may show. The Kings turned up the intensity of the defensive side of the ball, something that has been a staple of their turnaround season and with it ceased control of the game in the second half. The Taipans would not go quietly, taking the game into the final minutes before the Kings superiority shun through as they closed out a tight win. A huge win in the context of the season and a huge win without Jerome Randle. Andrew Bogut was his usual reliable self with a 12 point, 12 rebound double double to go with 6 assists as he once again facilitated the offence. Melo Trimble did everything he could to get his side the win but the lack of support around the star player was once again on full display. Trimble’s terrific season comes to an end as does the teams season as a whole.

As the classic NBA line goes; ‘’win or go home’’. The Brisbane Bullets had a simple task. Win and go to the playoffs, or lose and watch the playoffs from home. The Brisbane crowd provided the energy for their team early on and the players responded, producing a sound first half and carrying a narrow lead. Shawn Long and Tai Wesley kept the visitors in the game, combining for over half of the team’s total points in the end, with 40 of the total 78. Long and Wesley went toe to toe with Lamar Patterson and Jason Cadee for Brisbane who scored almost half of their sides points with 41 between them. With just two minutes remaining the game was tied at 77 and the hometown crowd were on the edge of their seats. Lamar Patterson knocked down a layup to give the Bullets the lead before coming down the very next possession and drilling a three pointer to put the game out of reach. The big shots from Patterson assured the Bullets fourth place on the NBL ladder and the final spot in the playoffs, where they will take on the 1 seed Perth Wildcats.

The final game of the regular season took place Sunday afternoon in Melbourne with the two best teams in the competition going head to head in a potential Grand Final preview. The Wildcats had already secured top spot but had every intention of ruining United’s quest for the number two spot and homecourt against the Kings in the first round of the playoffs. The game was an offensive struggle, a combination of poor shot selection, bad turnovers and some tight defence overall which saw no team score over 20 points in a single quarter for the first three periods. Down seven heading into the final 10 minutes it looked as though Melbourne would fall for the second consecutive game this weekend and drop to third on the ladder. The Wildcats maintained the lead of seven into the final three minutes before United locked down their offence and started to hit shots of their own. Two consecutive layups from Casper Ware and Mitch McCarron cut the lead to a one possession game before Chris Goulding nailed a huge three to tie the game with 15 seconds remaining. The Wildcats had a chance to end the game in regulation but were unsuccessful as we were sent into an extra session. In the overtime period, United took complete control, outscoring Perth 13-2 and closing out the season with a win despite Casper Ware going just 3 of 16 from the field. Credit goes to DJ Kennedy and Mitch McCarron who combined for 36 points.

A huge finals series ahead with the top seeded Perth Wildcats hosting the Brisbane Bullets in one side of the bracket, while the reigning champions Melbourne United host the resurgent three seed Sydney Kings in the other series.