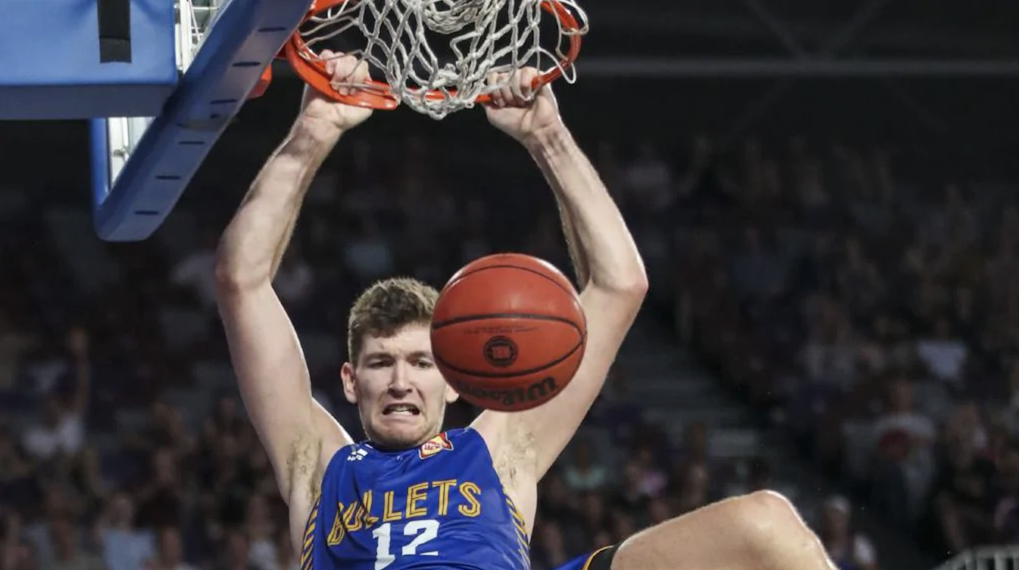 WITH now only three rounds remaining every contest proves to be more important than the one before and for teams like the Brisbane Bullets, this is certainly the case. Successful double-header weekends by both the Bullets and the Kings have solidified their positions on the ladder in preparation for the finals, while the downfalls of Melbourne United and the Adelaide 36ers look close to reality. A couple of nail-biting losses for the Phoenix and the Breakers rounded out an action-packed weekend as Australia Day was celebrated throughout the NBL’s Round 17 matchups.

It was a game that created an abundance of anticipation, as the South East Melbourne Phoenix stood face-to-face with their last chance to make this season’s finals series and for the Bullets, it was the chance to finally crack that top-four position. With both teams having a lot at stake, it was no surprise that the game was neck-and-neck for the first three-quarters with both sides performing well. In fact, it wasn’t until the eighth minute of the final quarter that Lamar Patterson drilled a three-pointer, which was followed by Will Magnay’s magnificent block that the Bullets really started to pull away and secure their fourth win in a row. The main takeaway from the two teams on Thursday night were their methods of scoring, with the Phoenix dominating from behind the arc nailing 15 three-pointers and the Bullets doing most of their damage from around the basket outscoring South-East Melbourne 64-38 for points in the paint. Patterson once again was Brisbane’s standout performer accumulating a boatload of statistics, gathering 27 points, three rebounds and four assists, while being aided by Magnay, who managed to get himself 19 points, six rebounds and seven massive blocks. John Roberson was able to make a considerable impact on the game as well, going for a quiet 26 points in his side’s loss on the night along with five assists. While just 12 points was all Mitch Creek could muster, along with nine rebounds and five assists to further compound his below-par second half of the season. Despite what the outcome meant for both of the teams, each side had a second game to focus on in their respective double headers.

With the Hawks and the Kings at opposite ends of the NBL ladder, both sides had different motivations for playing to win, as the Kings were still aiming to finish in the top seed leading into the finals. While the Hawks needed to play hard in front of their committed fans, as they kept attending these few remaining games in droves. Despite not many people believing the Illawarra side stood any chance, it stuck with Sydney for almost a quarter and a half before the away side produced a double-digit lead. The Kings would go on to win the second, third and fourth quarters to encompass their rout and revenge of the Hawks, in retaliation to going down to the wooden-spoon team in their last encounter. Sydney’s 23-point victory was credited to their domination in almost every facet of the game, as 15 threes and a 46 per cent shooting efficiency allowed them a lot of breathing room to work with. While no players for the Kings produced outstanding numbers, it was an overall team effort as six players attained double digits, including newcomer import Deshon Taylor, finishing with a team-high 17 points alongside his fellow Guard in Casper Ware. The Hawks were also quiet in terms of individual performances, as not single player managed to score 15 points; nevertheless, it was Darington Hobson that produced a respectable stat line finishing with 13 points, eight rebounds and six assists. The loss for the Hawks was their nineteenth on the season, whereas the Kings’ victory was their sixteenth to date. Sydney now had to focus heading back home in preparation for their clash against rivals, Melbourne United.

Much like their contest against the Phoenix on Thursday night, the Bullets had to grind away at their opponent for a full four quarters, which was the same against the Adelaide 36ers on Saturday afternoon. Overall, it was a story of efficiency as Brisbane capitalised on 52 per cent of their shots, whereas the 36ers struggled in comparison to the Queensland side going 41 per cent from 85 total attempts. Ultimately, this discrepancy in shooting would become the main reason for the Bullets edging out the 36ers early in the fourth quarter and following it through to the final buzzer, winning the contest by nine points and for the first time this season reaching a victory streak of five games. Given the recent success of the Bullets over their past seven games, the consistent leader across all categories has been Lamar Patterson, and once again this was the case with the import producing 29 points, five rebounds and five assists, while Matthew Hodgson secured a double-double of 14 points and 12 rebounds. Will Magnay continued his impressive defensive showcase as of late with nine points, seven rebounds and five blocks. As per the 36ers, Jerome Randle bounced back to his original form with 21 points and five assists, whereas Daniel Johnson conjured up 16 points and nine rebounds. The two wins over the weekend solidified fourth position for the Bullets and substantially improved their chances of outlasting the mid-table logjam that is hot on their tail. Unfortunately for the 36ers, they now fall two games behind the pace as a result of their loss and will need to stay perfect from here on in if they’re to have any chance of making a finals appearance.

Both sides went to war in Perth’s RAC Arena this past Saturday, as the Wildcats squeezed out an intense victory over the Breakers in what was perhaps the game of the round. With New Zealand having the opportunity to jump past Melbourne United into fifth position and keep their finals ambitions intact, the Breakers made the home side sweat in front of their 13,000 fans on the night. While New Zealand was trailing the Wildcats by only five points with ten minutes remaining, inconsistency from the field was the main deterrent for the visiting squad, as throughout the four quarters they only managed a 43 per cent clip from the field failing to get their noses ahead of the Wildcats until it was too late going down to the second seeded team by a single point. Perth’s Bryce Cotton and new recruit Miles Plumlee both left an impression on the game, each scoring 23 points, with Plumlee securing 18 rebounds on the night highlighting his experience as a professional all over the world. Additionally, Nicholas Kay, tallied a double-double of his own with 20 points and 11 rebounds. Brandon Ashley was effective for the Breakers off the bench, putting 21 points on the scoreboard along with 12 rebounds, as Scotty Hopson was limited just 13 points, five rebounds and five assists. The win for Perth leaves them a game and a half behind the ladder-leading Sydney Kings with a game in hand, while New Zealand fell to sixth sitting on a record of 11 wins and 13 losses as they fall a step behind in the finals race.

While South East Melbourne officially fell out of finals contention following its loss to the bullets on Thursday night, it would not stop the side from giving their all against the Cairns Taipans in front of a local crowd at the State Basketball Centre. Both teams exploded out of the gates to kick-off the contest as both sides notched up 31 points within the opening 10 minutes. But the Phoenix took their foot off the gas pedal, allowing Cairns to pull out to a four-point halftime lead. This was then followed by the Taipans outscoring the hosts 31-21 in the third period, seemingly putting the result beyond doubt. However, this was not the case, as the wily outfit Simon Mitchell had been at the helm of for the whole season, clawed their way back into the game getting within a single point on John Roberson’s buzzer-beater three-point shot. However, it was too late as Cairns earned their fourteenth win of the campaign. Scott Machado would lead his side with 24 points, eight assists and four rebounds looking to wrap up an MVP season for the first time in his career. Companions in D.J. Newbill and Majok Deng were also crucial to their side’s victory with 23 and 20 points respectively. Head and shoulders above everyone else, Mitchell Creek put his regular form back on display, putting on a clinic with 32 points, 10 rebounds and three assists, as Daniel Trist followed promptly with 16 points in one of best performances to date.

Melbourne United have once again fallen ill in search of an elusive win at this stage of the season, as they went down to the Sydney Kings in NSW. Terrific shooting and exemplary ball-movement were the main factors in the Australia Day contest. Despite only trailing by three points halfway through the game, Sydney had no intent of slowing down or letting up in the second half as they blew United out of the water outscoring them 29-17 with big threes by Jae’Sean Tate and Casper Ware. This coupled with a 29-point final period was enough to get the Kings over the line and round out a successful double-header weekend, winning the duel by a convincing 18 points. While Ware’s 26 and Tate’s 22-point efforts were impressive, it was the accuracy by the team that should have the rest of the league worried, as collectively the Kings went 58 per cent from the field. For United, Melo Trimble was finally able to find a strand of his previous form, going 9-19 from the field, rounding up 26 points and five rebounds, whereas Stanton Kidd also proved to be productive off the bench with 15 points and seven rebounds. The Kings’ victory allowed them to stave off a badgering Perth Wildcats side for another week in the top spot, while on the other hand, United could drop to sixth next week if they continue with another defeat.