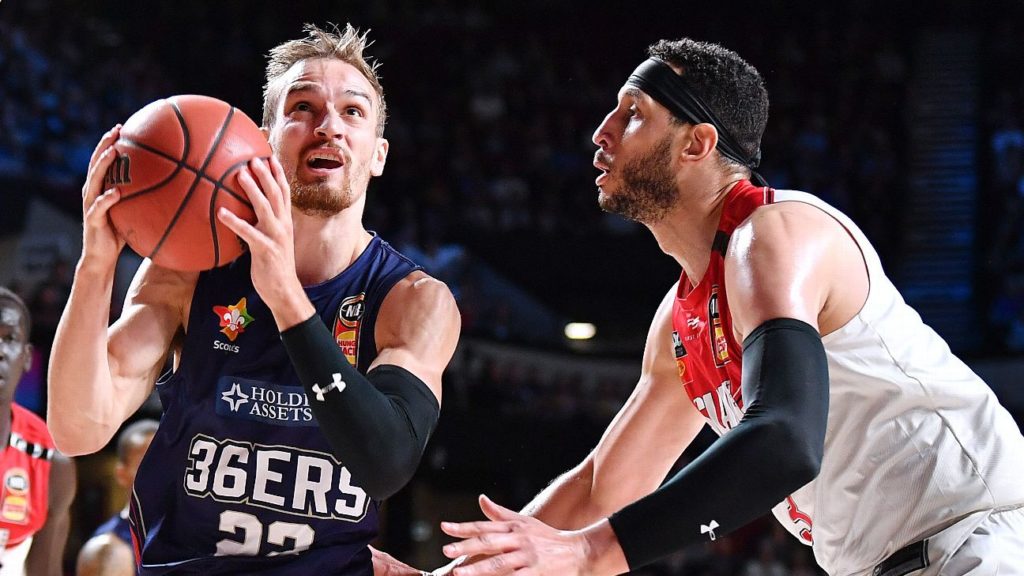 SOME narrow losses and big wins saw the ladder change slightly at the end of Round 14 of the National Basketball League (NBL), with the Kings restoring their winning ways and Taipans continuing their fight for finals. The Breakers kicked it up another gear while South East Melbourne Phoenix struggled to find their momentum in attack.

Cairns Taipans (91) defeated Brisbane Bullets (89)
A mere two points separated the sides at the final buzzer despite Will Magnay converting two free throws in the dying seconds of the match. It was a tight game with both sides unwilling to give an inch and pushing each other to extremes in hope to creep up the ladder. Cairns got the jump on their opposition early and did not look like giving up but a 30-point last quarter from Brisbane saw the Taipans almost drop the game. DJ Newbill was solid as ever posting another 28 points to lead all points scorers from both sides and once again proving just how crucial he is to the Cairns line-up. Cameron Oliver also made his presence felt, recording a double-double thanks to his 21 points and 12 rebounds. He was a real beast under the ring, gobbling up anything that came his was with the next closest Magnay with eight. Scott Machado provided some excitement for the Taipans with 16 points and six assists to his name. For the Bullets, Ej Singler led the way finding the basket with ease and most importantly converting to finish with 20 points and six rebounds. Magnay had a standout game for the Bullets recording 14 points while Nathan Sobey played his role piling on 10 points and picking up five rebounds and five assists.

Illawarra Hawks (91) defeated by Melbourne United (104)
A gallant effort by the hosts could not contain Melbourne United who had a point to prove after dropping both their games last round. The Hawks looked to have it in the bag thanks to a big third term, piling on 24 points to 17, but the tables quickly turned in the fourth for Melbourne to regain control and ultimately walk away with the four points. United went on a scoring spree in the fourth to add 32 points to the table, while keeping the Hawks at bay and only allowing them 17 points. Chris Goulding lit up the court once again for United, contributing 21 points along with four assists. Teammate Stanton Kidd had a breakout game scoring 21 points and five rebounds while Shawn Long was right amongst the action with 17 points and seven rebounds. It was not all bad for Illawarra who once again proved they can mix it with the best with Josh Boone leading the way with a double-double thanks to his 12 points and impressive 14 rebounds. Other key contributors Tim Coenraad (18 points) and Todd Blanchfield (14 points) also made an impact on the scoreboard however it was not enough to get their side over the line.

Sydney Kings (91) defeated Adelaide 36ers (77)
The Sydney Kings found their mojo once again, dismissing the Adelaide 36ers by 14 points in a strong performance by the highly touted side. It was game on from the first whistle with only two points the margin before the Kings started to build momentum and steadily increase the lead to all but grant them the win. The Kings were close to unstoppable from two-point range, sitting at 65 per cent compared to Adelaide’s 35 per cent and proving that was where the game was won and lost. Brad Newley had the magic touch for the Kings sinking 20 points while big man Andrew Bogut also got involved, racking up yet another double-double with 10 rebounds and 13 points. Jae’Sean Tate continued his dominant form, dropping 20 points and finding a wealth of ball off the boards with seven rebounds and three assists. It was a disappointing outing for the 36ers who fell away when it counted but the likes of Jerome Randle and Daniel Johnson led the way. Randle topscored for the away team with 24 points while Johnson contributed a double-double of his own with 15 points and 11 rebounds. Eric Griffin also did not muck around, adding 12 points to the tally but Sydney ultimately showed what they can do.

South East Melbourne Phoenix (92) defeated by New Zealand Breakers (97)
The Breakers’ five point victory over the Phoenix marks the fifth consecutive win for the New Zealand based side who are on a roll at the moment after completely turning their season around. It is a tale of two stories with the Phoenix jumping out of the box early but fading away as the season wares on whereas New Zealand have built into the season finding good synergy across the court and posing a real threat to opposition teams. John Roberson was the main target for South East Melbourne with the talented guard contributing over a third of the sides overall score with 31 points along with eight assists. Dane Pineau was in hot form knocking back 17 points and collecting a whopping 20 rebounds while Tai Wesley stood up for the Phoenix posting 14 points, 10 rebounds and six assists. Superstar Mitch Creek was well handled, unable to have his usual influence across the court and only mustering up 11 points credit to the work of the Breakers. Tom Abercrombie plied his trade for the Breakers nailing 24 points and was aided by the likes of Scotty Hopson  with 19 points and eight assists alongside Finn Delaney who piled on 18 points. The solid contribution across the board from New Zealand helped to surge them ahead and secure fifth spot on the ladder.

Brisbane Bullets (97) defeated Perth Wildcats (85)
After a narrow loss earlier in the round, the Bullets bounced back accounting for the second placed Perth Wildcats in what was a convincing performance. Brisbane looked like a new and improved unit against Perth, owning the court and denying them any easy chance pushing forward. Lamar Patterson put on a masterclass knocking down 35 points and running the courts with ease while Nathan Sobey upped the ante, scoring 17 points and collecting seven rebounds. Matthew Hodgson was solid across the board converting 17 points and racking up six rebounds credit to his clever positioning around the rim with teammate Magnay also collecting nine rebounds. The Wildcats struggled to fire on all cylinders with Bryce Cotton having to do a bulk of the work putting on 24 points and six rebounds. Nick Kay also plied his trade adding some scoreboard pressure with his 18 points but it was not enough to quell the efforts of the Bullets who were simply unstoppable. Terrico White had little to no effect with 10 points, four rebounds and three assists to his name capping off a relatively disappointing outing for the reigning premiers.

Adelaide 36ers (102) defeated Illawarra Hawks (96)
The 36ers got their name back in the winning books with a six point victory over the depleted Hawks who were once again without NBA potential number one draft pick LaMelo Ball. The Hawks were so close yet so far, pushing the 36ers to their limits but ultimately were outrun by Adelaide who had a point to prove if they were to stay in the race for finals. With accuracy on their side the Hawks put up a strong performance, leading at half time albeit by only two points before Adelaide turned the screws on and really got to work to snatch the lead. Forward, Anthony Drmic led from the front making his work to post look easy with a team high 24 points accompanying his five rebounds and one steal. The usual suspects in Randle and Griffin were up to their old tricks with 19 and 15 points respectively while Brendan Teys left his mark with 13 points, five rebounds and five assists for the 36ers. On the other hand, Blanchfield went to work for the Hawks showcasing his scoring prowess with 35 points but was the lone hand in terms of scoring with Boone only delivering 14 points but amassing seven rebounds. Sunday Dech worked tirelessly to have an impact, recording 16 points and four assists but Adelaide refused to give up, running out strong in the second half.