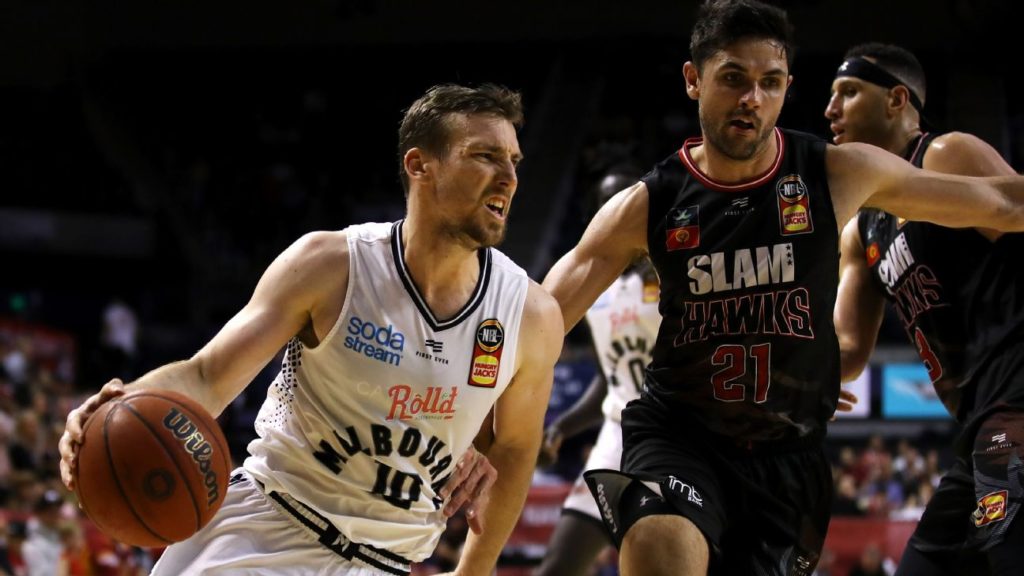 IN a round that saw scoring in abundance it was the league leaders that continued good form as Perth notched up two wins in their double-header weekend, while Sydney returned to winning form in their contest over Melbourne United. In the mid-table race, Adelaide jumped back to fourth, as they took care of business against the Phoenix and the Breakers with credit to Jerome Randle’s clutch performances. Whereas, Cairns fell back to square one (sixth position) as they could not get the job done against the Wildcats or Phoenix, thanks to John Roberson’s 21 points in six minutes in Melbourne.

The round opened in Cairns for the matchup between two of the league’s hottest competitors, the fourth placed Taipans and the second placed Wildcats. In what was an even balanced game for the majority of the game that saw both squads firing, it was the defending champions who pulled out the stops towards the end of the game to outscore Cairns 25-15 in the final period, earning their four-point victory. Big buckets from marquee point guard Bryce Cotton and a dagger three pointer from Terrico White in the final two minutes allowed Perth to upend the Taipans’ string of previous victories as their chase for top spot continued. Both Cotton and White collected team highs with 24 and 21 points respectively, but it was Nicholas Kay that shined behind the scenes with a stat-stuffing 19 points, 10 rebounds, five assists and two blocks. For the Taipans, Cameron Oliver stepped up big with 21 points along with a massive effort on the boards gathering 16 rebounds, while leader Scott Machado also finished with a double-double, rounding out his performance with 13 points and 12 assists.

Following Cairns’ loss the night before, fourth spot was up for grabs in Adelaide as the 36ers and the Phoenix battled it out in a fight to the end, that would not be decided until the final shot of the game, when Mitch Creek missed his game-tying layup on the buzzer. The shot fell millimetres short as the ball rattled out, allowing the 36ers to hold on for the win. Both teams shot the lights out as 224 points was split between the two sides allowing eight out of the ten starters to reach double digits. Randle came to play, as he once again made shots at crucial points in the game, tallying 26 points, eight assists and four rebounds. However, it was not just Randle that created chaos for the Phoenix’s defence, as big men Eric Griffin and Harry Froling put numbers up in chunks. Griffin was to say the least, efficient, going 8-13 from the field and totalling 20 points and 10 rebounds, while six-foot-nine center Froling had his coming out party on the season with 19 points in just 15 minutes of court time. In Creek’s return to the city of churches, his opening quarter was slow managing just two points, but this was remedied in the end, as he finished with 27 points, 11 rebounds and four assists for the Phoenix. Roberson continued to amaze with his 22 points extending his good performances in what has been a stellar opening season in the NBL, whereas Tai Wesley’s return from injury heralded 11 points in 12 minutes of play.

United was in good spirits leading into Saturday’s clash against the Kings, after their 22-point demolition of the 36ers last week. But, the ladder-leaders had even more motivation following their back-to-back losses in Round 10 and they showed this from the outset. United failed to outscore the Kings in any of the four quarters as Sydney shot at a high efficiency from all parts of the floor. With Melbourne’s below-par 26-71 (36 per cent) effort from the field, the visitors killed the noise from the home crowd, going 32-64 (50 per cent) and burying Melbourne with points in the process, convincingly earning their twelfth win of the season. Kings’ guard Casper Ware continued the point guards’ dominance that had been seen throughout the round thus far as he flustered the United defence obtaining 28 points, including going 9-11 from the free-throw line as he was an imperative part of his side’s offensive attack. His performance was partnered with Jae’sean Tate’s double-double (13 points and 12 rebounds). United’s rebounding was abnormally absent in their loss to Sydney, going minus eight on the boards tally (36-44), in particular for Shawn Long who despite collecting 18 points, only managed three rebounds in total. Melo Trimble was Melbourne’s main scoring contributor with 19 points and five assists, but good performances were few, with the Kings routing the home side. Sydney’s triumph keeps them on top of the table with the in-form Wildcats nipping at their heels only a single game behind in the standings.

Perth returned to RAC Arena looking to round out their double-header weekend with two crucial wins, but in their way stood a stubborn Brisbane Bullets side that would prove to be difficult to put away. On paper both sides looked even, matching each other in rebounds, assists and field goal percentage. The match report’s main difference was free-throws, as Perth took out the category going 23 out of 25 from the line besting the Bullets who went 13 of 20. The consistency from the line coupled with a few good individual performances from the Wildcats’ main culprits, allowed Perth to keep Brisbane at arm’s length grinding out the eight-point victory. Cotton, White and Kay were once again in the spotlight combining for 60 of their team’s 86 points (23, 19 and 18 points each), while Jesse Wagstaff put in a solid day’s work amounting his game to 10 points and five rebounds in 16 minutes off the bench. The Bullets who have been struggling to find their rhythm as of late, were gallant in their efforts against the reigning champs. Key performances by Nathan Sobey (15 points and three assists) and Lamar Patterson (14 points and eight rebounds) were the extent of Brisbane’s individual standouts as overall, the team showed encouraging signs. Perth extended its winning streak to four games and now tie the Kings on win with 12, while Brisbane sits a game and a half behind the Phoenix in seventh.

As it turned to Sunday, the eighth placed New Zealand Breakers were in need of a victory at Spark Arena as the window for a late run to the finals was getting smaller, meanwhile a win for Adelaide would cement them in the top four. The 36ers came out firing owning the scoreboard all the way to the end of the first half, managing 35 opening quarter points and leading by as much as 20 late in the second quarter. Nevertheless, the New Zealand crowd willed its side back to lead by two mid-way through the fourth quarter. With both sides trading buckets in the last five minutes, Sek Henry blew by Anthony Drmic for the layup with 24.9 seconds on the clock to tie the game at 96-96. But in true Randle form, the guard pulled up from deep off of a Daniel Johnson screen to sink the three-pointer and send the Breaker army into despair as the 36ers stole the game 99-96. In terms of performances, all five of New Zealand’s starters received double digits led by Tom Abercrombie who finished with 22 points and nine rebounds, while Henry garnered 20 points. Scoring for Adelaide was a different story as big scoring outputs came from fewer players, namely Randle who accumulated 29 points and four assists. As for Johnson, who was quiet against the Phoenix in his previous game, set the record straight with an impressive 26 points and six rebounds. As a result of the win, Adelaide tie United for third with both teams sitting on eight wins and seven losses, whereas the Breakers fall further behind the back receiving their tenth loss of the season.

With the weekend rounding out, fans who attended Sunday night’s game at Melbourne Arena were subject to a treat, as the Phoenix and the Taipans went the distance, in a game dictated by three-point shooting. Throughout the tit-for-tat exchange for the opening three quarters, neither team was able to gain the definitive edge over one another, but it looked like Cairns would ride the wave to an away victory early in the fourth leading the Phoenix by as much as 10. However, the Phoenix started to claw its way back, eventually only trailing by six with 24 seconds left. This was when Roberson found his stroke and knocked down two massive three-pointers in the space of 11 seconds to tie the game and send it to overtime. However, the carnage would not stop there for Roberson, it would continue all the way through extra time as well, as Roberson would score 15 of the Phoenix’s 17 overtime points, leading South-East Melbourne to their seven-point comeback win in front of an ecstatic Melbourne crowd. Roberson would take man-of-the-match honours with 32 points along with eight threes in his best game thus far this season. But it would be ignorant to not also mention Creek and Adam Gibson’s performances throughout regulation, as they both pieced together 25 points, as well as eight rebounds by Creek. For the Taipans, DJ Newbill played a big game, compiling 30 points in 42 minutes of play. Additionally, Oliver secured another double-double with 23 points and 13 rebounds, whereas Machado tallied 18 points and six assists. The loss by the Taipans rounded out an anti-climactic weekend as they slipped back down to sixth position. Conversely, the Phoenix moved up to fifth just half a game out of the top four and after a shooting performance like Sunday’s, which has not been seen since the opening rounds of the season, indicators look promising for the new boys.

Melbourne United have claimed an all-important Monday night blockbuster, downing Illawarra Hawks by 21 points in Wollongong. The Hawks blooded two new players for the game in Darington Hobson and Billy Preston who both saw minutes, including a start for Hobson, as the Hawks kept touch with last year’s grand finalists early. Melbourne led by a point at the first break, and then the home team was up and about heading into half-time, having scored 16-14 in the second quarter to lead by a point themselves at the main break. As if it flicked a switch for United, Melbourne metaphorically said ‘that’s enough’ and piled on 55 points to 33 in the second half to run out comfortably 94-73 winners. Long was at his absolute best once again, sinking 21 points, 14 rebounds and four blocks, denying the Hawks shooters time and time again. He was joined among the best by Trimble, who sank a game-high 22 points, seven rebounds, six assists and one steal on the night. Mitch McCarron (10 points, seven rebounds, four assists and two steals) was also impressive in the win. For the Hawks, AJ Ogilvy was busy with 13 points, seven rebounds and three assists, but it was Illawarra’s bench that contributed the most on the night. Angus Glover sank 15 points, three rebounds and had an assist, while Emmett Naar was the top player for the home said with 16 points, four rebounds, five assists and two steals. On debut, Hobson had the three points – at just 10 per cent from the field, but managed seven rebounds, four assists and two steals in the loss.