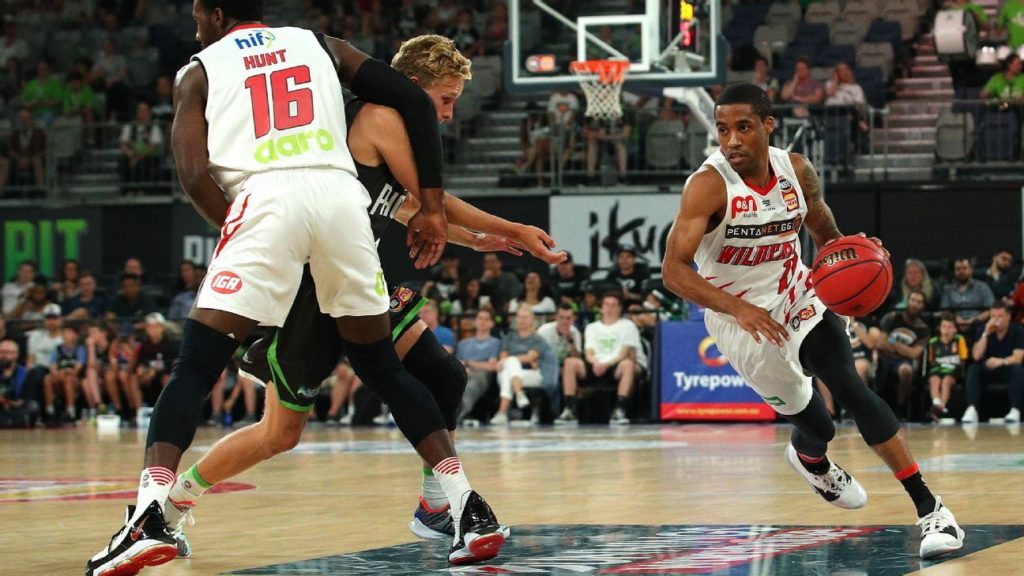 IN an exciting round that saw big-time match-ups, it did not disappoint as the in-form Taipans moved into the top four after key wins against New Zealand and Sydney. The Kings dropped both of their games over the weekend allowing the Perth Wildcats to only trail in the standings by a game and a half going into Round 11. Down in Melbourne, United came away with a big 22-point victory in Chris Goulding’s 300th career NBL game, whereas Brisbane avoided a three-game skid, defeating Illawarra at The Armoury.

One of the League’s most in-form teams, the Cairns Taipans, looked to continue its good run of games back in North-Queensland on Friday night as they took on a struggling breakers outfit. The Taipans looked hot from the jump-ball, as they broke out a monster first quarter tallying 31 points after ten minutes. While the Breakers led the Taipans in rebounds with a plus-seven (44-37) on the boards, it was the home-side’s efficient scoring that created the difference in the final score line. New Zealand converted at a mediocre 39 per cent clip, whereas Cairns shot 60 per cent of their attempts. Taipans guard Scott Machado was instrumental in his side’s double-digit victory with his 22 points and seven assists, which was further aided by fellow guard Dj Newbill who put up 20 of his own. The Breakers only standout performance came from their import in Glen Rice Jr, who posted an impressive 30 points, 11 rebounds and eight assists, just two dimes short of a triple double. The gap between the Breakers and the rest of the competition continues to grow as they fall three games behind the Brisbane Bullets. On the other hand, Cairns continued their impressive last month of games as they gained much needed momentum heading into their clash on Sunday against the Sydney Kings.

The battle of the top two teams in the NBL took place out in the hostile RAC Arena, a stadium that has proved difficult to win at for the Kings and with the Wildcats closing in on the top spot, a win would be crucial.  Both sides came out firing to start the game, with three-pointers being the main form of scoring, but it was what came after the first break that ultimately decided the contest. A 40-point second quarter for the Wildcats put the game beyond doubt at the halfway point, which is something yet to happen to the Kings, as the halftime score stood at 70-45. The Kings would outscore Perth in both the third and final quarters, but it was a mere formality as Sydney snapped its five-game winning streak. Bryce Cotton came up big for the Wildcats with his 27 points and eight rebounds, which included three from deep. Terrico White also added 20 points and five rebounds and Nicholas Kay grabbed a double-double (19 points and 13 rebounds). Kings guard Casper Ware failed to make his usual impact on the game, as he was unable to make a single two-point field-goal. His 13 points came from three three-pointers and four free-throws. Perth gained momentum from their win in preparation for their matchup against the Phoenix on Sunday, as the Kings looked to finish their weekend against the Taipans who were in red-hot form.

For both clubs in this contest it was a matter of keeping up with the pace, as the battle for third and fourth positions was contested between five teams in total and wins were crucial at this stage of the season. But, only one club came to play on Saturday as United blew the 36ers out of the water in Goulding’s 300th career game with a 22-point drubbing of Adelaide. With big opening and closing quarters from the home side, and a plus-12 on the rebounds (42-30), it was a well-rounded performance from Melbourne that certainly staked their claim as an elite competitor for this season. For United, top performances were claimed by their imports in particular Shawn Long who finished with 34 points and 15 rebounds, whilst also making his shots in-close, going 15-21 (71.4 per cent) on the floor. For Melo Trimble, a humble 20 points and six rebounds capped off another solid night in the United jersey. On Adelaide’s side, forward Eric Griffin came up big off the bench, knocking down 34 of his own points alongside nine rebounds and for 300-gamer Goulding, it seemed his 14 points, four rebounds and four assists was enough to put a smile on his face as his team tallied its eighth with of the season going two games clear of .500. With Adelaide’s loss, they dropped to sixth as the chase for fourth spot starts to ramp up.

After back-to-back losses for Brisbane, the win they got against the bottom-of-the-table Hawks was a necessity in being back in the winners column and keeping up with the rest of the pack. Not having star guard LaMelo Ball because ‘foot problems’, made the away visit to the Armoury more challenging for Illawarra as a lacklustre second quarter was responsible for their downfall. Despite the Hawks scoring 20 more points in the paint compared to Brisbane, big performances from Jason Cadee (18 points) and Lamar Patterson (19 points and six assists) were enough to get the Bullets over the line in what was a relatively even contest. In addition to this, Brisbane went 22-22 (100 per cent) from the free-throw line. Angus Glover had the standout performance for the Hawks, producing 17 points and six rebounds off the bench. Brisbane’s victory puts them only one win off fourth positioned Cairns in the chase for the top four and for Illawarra they have now dropped their tenth game of the season.

The boys in red made a statement on Friday with a solid home win against the Sydney Kings and they looked to make another one down in Melbourne, as they took on a Phoenix side that looked to gain an edge in the mid-table race. After an opening quarter that could only be decided by a single basket, it was the Phoenix who struck the first punch as they outscored the Wildcats 23-16 in the second period. Nevertheless, as a team that has the ability to turn the switch on almost instantly, Perth proved it once again, as guard, Cotton took the ball coast-to-coast for a buzzer-beater layup to give the Wildcats a three-point lead at the final break. The momentum carried over for Perth as they went on to win by ten and close the gap even more on the Sydney Kings. The same culprits for the Wildcats were again their deciding factors in their win as Cotton and White combined for 45 (26 and 19 points respectively), as well as Kay compiling another double-double (18 points and 12 rebounds) making it two for the weekend. Mitch Creek and Ben Madgen both had big outings combining for 51 points while John Roberson finished with 19 points. But the difference in bench output was also a difference-maker as the Wildcats took that category 29-21. The two victories for the Wildcats now puts them within striking distance of the top spot and the crucial home loss for the Phoenix slides them out of the top four to the in-form Taipans.

After their convincing home win against New Zealand on Friday night, the Cairns Taipans were feeling themselves to say the least. This was proven by their impressive first quarter going up by 11 at the first break in the Qudos Bank Arena which has yet to happen this season against the Kings. The Kings had led by three points with two and a half minutes left in the opening quarter, but would not lead again for the remainder of the game, which eventuated to the Kings’ first home loss of the season against a Taipans side that is sure to sit near the top of the Power Rankings after Round 10. For Cairns, it was again Machado that led the charge with 21 points, seven rebounds and nine assists. Newbill again contributed big with 31 points and forward Kouat Noi put up a formidable 22 points next to Newbill. Four of the Kings’ starting five scored double digits as Ware collected 23 points and seven assists, with 21 points coming in the fourth quarter, setting a new NBL record for points in a quarter (per 10 minute quarters), which broke a six year record previously held by Townsville’s Peter Crawford (20). The 11-point win for Cairns capped off a round that saw a standings shift, as the Taipans leapfrogged both South-East Melbourne and Adelaide to claim fourth in the NBL ladder, whereas the two games lost by the Kings over the weekend closed the gap between them and the Perth Wildcats from three games to a game and a half, therefore tightening the margin for error at this stage of the season.

Despite a remarkable effort from Brisbane’s Patterson, New Zealand gained some additional breathing space on cellar dwellers, Illawarra at the bottom of the table and kept within two and a half games of fifth spot to give the Breakers a sniff of finals. The Breakers’ run of controversy continued over the past 24 hours with Rice Jnr’s contract terminated after breaching bail conditions from an arrest earlier in the season, but despite the distraction it did not deter the home side on the court. The first half could not see either the Breakers nor Bullets split with both side pouring on 47 points. New Zealand broke the stalemate in the second half, shooting 26 points to 21 in the third term, before adding another 23 to 17 in the last term to run out 96-85 winners at Spark Arena. Despite the loss, it was Patterson who was the star in what was a remarkable weekend for the versatile Bullet, sinking 36 points as well as four rebounds and six assists. Unfortunately with the exception of Matt Hodgson (10 points, nine rebounds) the work was left up to too few as the Breakers shared the load. Corey Webster helped himself to 23 points, three rebounds and three assists, Thomas Abercrombie finished with 19 points, three rebounds and two assists, while Scotty Hopson (14 points, six rebounds and two assists) and Finn Delany (14 points, eight rebounds) were also prolific in the winning side.