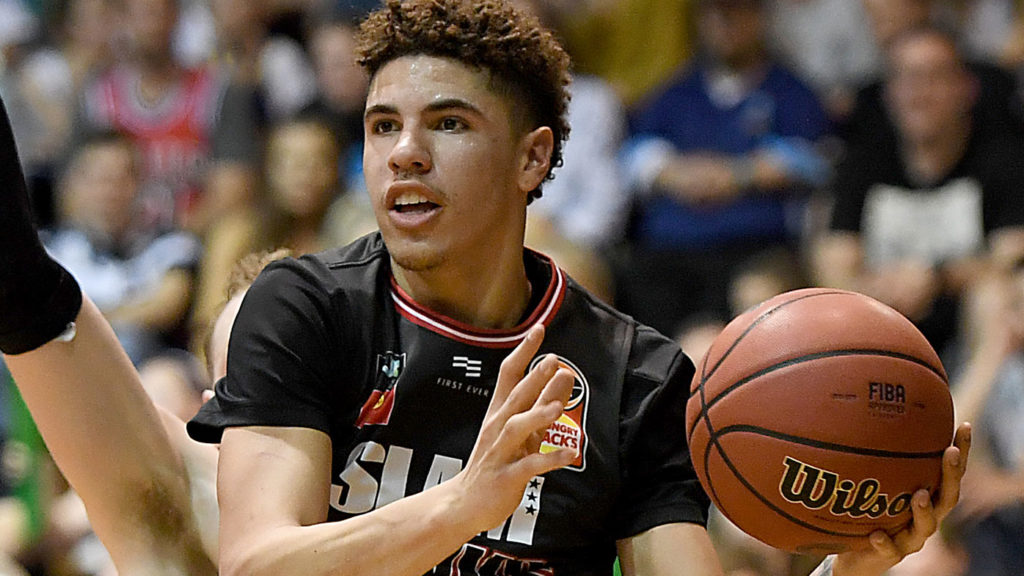 ROUND 1 of the National Basketball League kicked off with a bang with new franchise South East Melbourne Phoenix snatching the win from cross town rivals, while highly praised NBA prospect LaMelo Ball injected himself into the competition for the Illawarra Hawks.

The Phoenix got the fairytale start to their inaugural season with a narrow three point win over grand finalist Melbourne United. It was a relatively tight contest with neither side able to run out to a massive lead credit to the intensity and ferocity of each team. In the end, it was the field goal percentage that cost United the game only converting a mere nine points from a possible 32 at 28 per cent compared to Phoenix’s 12 from 23 at 52 per cent. The new look United side took some time to adjust but it did not stop the likes of Chris Goulding and new recruit Melo Trimble from having an impact on the game. Goulding notched up a team high 27 points for the game, taking complete ownership up the court while Trimble was also impressive in his first game for United with 16 points and eight rebounds. His efforts were equally matched by Shawn Long who ran rampant while on court amassing a whopping 26 points and 13 rebounds. But it was the Phoenix that got the last laugh with Mitch Creek owning the court with 28 points, 11 rebounds and four assists highlighting his value in the side. John Robertson was also influential on the scoreboard registering 20 points while Ben Madgen highlighted his strength off the boards collecting nine rebounds for the game.

In the second game of the round, the Kings got over the line after a gallant effort by the new and improved Taipans. Cairns came out firing in the opening quarter, establishing a handy seven point buffer before a last quarter fade away ultimately cost them the game. The Kings came out with a point to prove in the fourth term piling on 22 while the Taipans simply had no answers only managing eight points for the quarter gifting Sydney an eight goal victory. The shooting load was evenly spread for Cairns with the likes of Kouat Noi (14 points), Scott Machado (13 points) and Cameron Oliver (13 points) all within a couple of points of each other. Noi also starred off the boards with a team high 12 rebounds to accompany his 14 points while Machado played his part racking up eight assists. The Kings made the most of their opportunities capitalising on turnovers notching up 16 points compared to the Taipans 11 while also highlighting their speed with 13 fast break points. New recruit Casper Ware led the way for Sydney with a game high 23 points along with five assists and two rebounds. Captain Kevin Lisch did not let Ware have all the fun amassing 18 points of his own while fan favourite Andrew Bogut went to work with a huge 12 rebounds showcasing his sheer strength and physicality under the rim.

The grand final rematch oozed nothing but intensity and drama with the Wildcats snatching bragging rights once again and leaving United wanting for more. Although it was a tight turnaround for Melbourne having only played two days ago they took it to the reigning premiers contesting everything but a last quarter surge was their ultimate undoing. Trimble was vital for United putting up 25 points while also showing his general basketball know how with seven rebounds and five assists, Mitch McCarron was the next closest with 17 points and five rebounds. Perth dynamic duo Bryce Cotton and Terrico White picked up where they left off wreaking havoc and scoring 41 points between them. White picked up the play of the day showcasing his composure and skill to nail a three-point shot in the dying seconds to gift Perth a one point victory. Nicholas Kay flexed his muscles playing his role up and down the court, proving to be handful with 18 points, seven rebounds and seven assists in his sides narrow win.

The highly anticipated match lived up to the hype with both sides fighting hard to kick their year off in style. It was an even first half before the Bullets fired the first shot in the third term with 22 points to 14 and maintained that momentum to run out with a nine point win. LaMelo Ball proved that he was nothing but class, displaying his elite ball handling skills, impeccable movement up and down the court and ability to attack the rim. Ball was crucial throughout the Hawks match with 12 points, eight rebounds and four assists in his first NBL game. He was ably assisted by Josh Boone, who showcased his experience getting into damaging positions to open up the court while Aaron Brooks was electric with a team high 23 points. Andrew Ogilvy also made his presence felt on court with 13 points and five rebounds. For the Bullets the likes of Lamar Patterson (25 points) and Nathan Sobey (17 points) were highly influential on the scoreboard with both players backing themselves from range and in close. Cameron Gliddon plied his trade up both ends of the court with 10 point and eight rebounds. Jason Cadee was handy in and around the court unleashing passes and notching up four assists Taylor Braun also played his part with six assists.