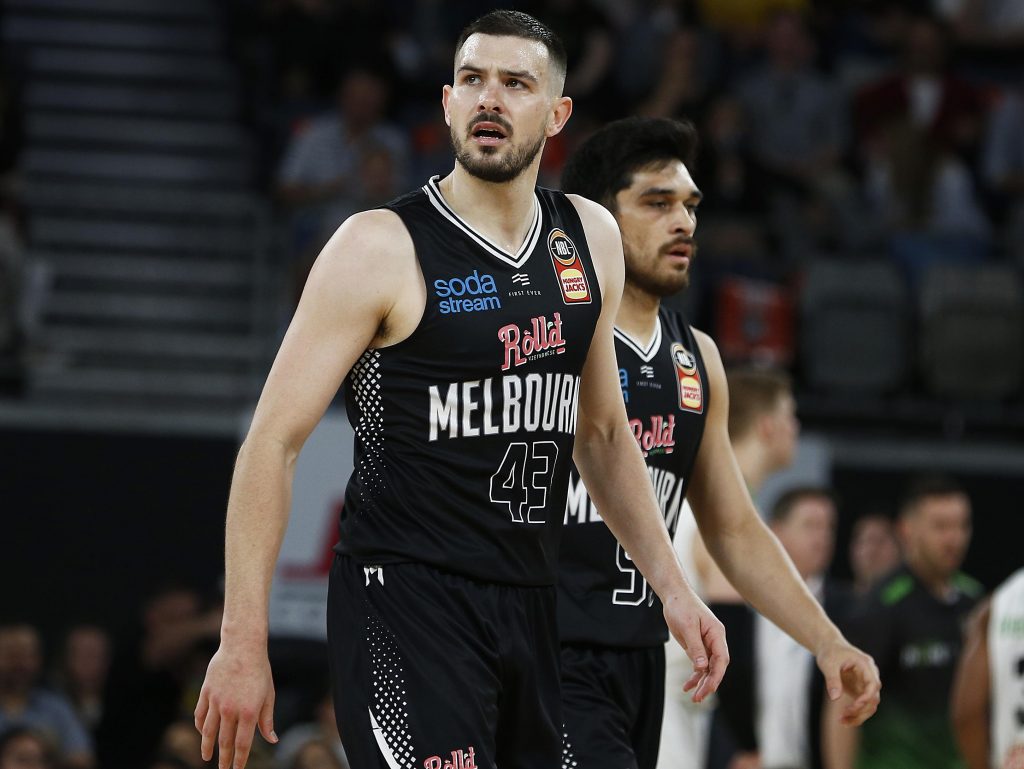 IN the second edition of Draft Central’s NBL Free Agency update, we take a look at the signings and re-signings of the Hawks, Melbourne United and the Breakers during this year’s Free Agency period, as we prepare for the National Basketball League (NBL) 2020/21 campaign in December.

For last season’s wooden-spooners, the team will look undoubtedly very different in the upcoming season including a new head coach and assistant but also welcome back some familiar faces with one of them Emmett Naar.

Naar, who has spent the better time of two years at the club, will be excited to give next season another crack with the team and work alongside new head coach Brian Goorjian. Next to Dan Grida and Sam Froling, Naar is one of three players currently to have locked themselves in for another season with the Hawks association.

Among the first to join the Hawks’ ranks was Deng Deng, an experienced veteran within the Australian basketball scene, most previously having served as an injury replacement player for the Breakers last season. Furthermore, Deng Adel, a highly sought-after prospect after previously playing with the Cleveland Cavaliers, has also committed to the city of Wollongong. Adel, who most recently endured a stint with the Brooklyn Nets G-League affiliate, the Long Island Nets, averaged 11.1 points, 4.2 rebounds and 2.7 assists per game in his time over in the States.

Additional signings such as NCAA player Isaac White, Max Darling, Tyler Harvey and Justin Simon nicely round out the majority of the core group for the Hawks and gives Goorjian’s side some much needed depth. But perhaps the marquee signing for the NSW-based side, has to be the acquisition of former Chicago Bull and Boomer, Cameron Bairstow. Having represented Australia at the 2014 FIBA World Cup and the 2016 Olympics, Bairstow brings a handful of professional experience to his new team.

With the departure of key individuals from last season such as Sunday Dech, Todd Blanchfield and Angus Glover, Goorjian and his new coaching staff, namely his assistant coach in Jacob Jackomas, will have their hands full to try and piece their new team together. But, given the signings they have obtained, the Hawks look set to take the league by storm if they can click from the get-go.

With the departures of imports Shawn Long and Melo Trimble, United has looked to sign some younger names to put in their place. The first of two college recruits that Dean Vickerman and Melbourne’s administration have seen fit to sign is former Duke Blue Devil, Jack White. After four seasons in North Carolina, White finished his studies and his collegiate athletic career, after which he became one of the most highly praised and talked about Australian talents coming out of college. Luckily for Melbourne, they were able to win the race for his signature and came to a delightful three-year deal.

The second of two collegiate acquisitions and another three-year-deal to add to the books, is 23-year-old Eastern Washington alum Mason Peatling. The 23-year-old will be rostered on as a Development Player for his initial season, then upgraded to the core squad in the years to follow.

While Vickerman is investing in multiple youngsters to the franchise’s rotation, he has also gained valuable professional experience also. The signing of Japanese international Yudai Baba a month ago comes as a blessing. Baba, who spent a few seasons between 2017 to 2019 in Japan’s B.League playing for Alvark Tokyo, helped earn the team back-to-back titles. In the latter of the two, he was also rewarded finals MVP honours. Baba’s career took a massive step forward, as he was procured by the G-League’s Texas Legends, the affiliate of the Dallas Mavericks.

Other movements for Melbourne so far are the re-signings of league veterans, David Barlow and Chris Goulding and most recently Sam McDaniel on a one-year deal. Barlow extends his contract by a year, whereas Goulding will call Melbourne home for the next three.

The majority of Dan Shamir’s side will look entirely the same for the upcoming season, keeping all of their core players for at least the next year with the contract extensions of Corey Webster, Jarrad Weeks, Rob Loe and Finn Delany. But to add to their cause, the Breakers have found several prominent individuals during this season’s signing period, that have persuaded the pundits to lean towards New Zealand as a title-contender before the season’s opening tip-off.

Perhaps the biggest transfer of this season’s Free Agency to this point, is the addition of current All-NBL First Team selectee Lamar Patterson and MVP-candidate to the Breakers’ roster. After earning numerous accolades in his NBL 20 season and providing almost unrivalled levels of production to the Brisbane Bullets, Patterson further proved his value to the rest of the competition.

After learning that former marquee player Scotty Hopson was considering other options, the Breakers moved in on the 28-year-old from Pennsylvania, as the two parties came together for a one-year-deal. Patterson’s numbers from last year concluded to 21 points, six rebounds and over four and a half assists per game.

Other acquisitions leading up to today include Webster’s younger brother, Tai, who has numerous years of international experience with Turkish Super League side, Galatasaray. Daniel Trist, who spent last season as an integral part of the South East Melbourne Phoenix’s inaugural season also dons the blue, white and black in 2020/21 and Kyrin Galloway has made his first professional signing (three-year-deal) with New Zealand, after concluding his time at the University of North Carolina (Greensboro).