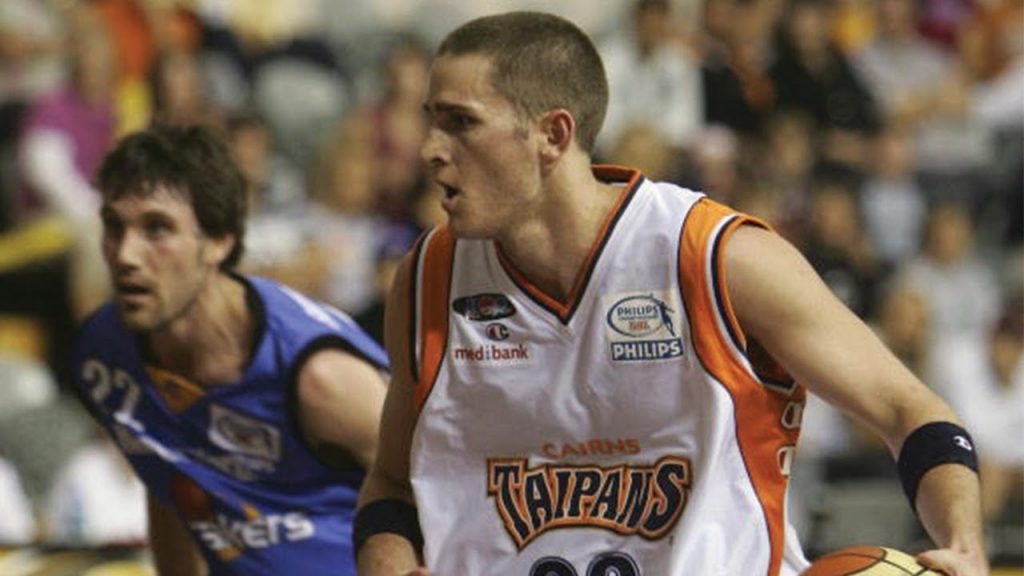 NOTHING would be better than to see some National Basketball League (NBL) action and while Draft Central cannot magically start a new season, we can take fans back to some of the greatest games that the NBL has to offer. In today’s Classic Contest, we look back at one of those games. A contest that left the crowd leaving sore from standing and screaming in excitement. A match where the team that loses, had to pack its bags and call it a season and a battle that was only decided with the very last shot in the very last period. This was the 2006 Elimination Final between the Adelaide 36ers and the Cairns Taipans.

Both teams came out firing on all cylinders right from the get-go. The 36ers were dominant in forcing their way through the paint for close to the rim shots, but the Taipans came out that much more hotter, letting it fly from deep until they established an early 21-12 lead. But relying on the long range shots always has a streaky and random element to it, nowhere near as consistent as finding close range buckets. And just like that, Adelaide went on a jaw-dropping run to end the quarter leading 30-26, with most of their points coming from inside the perimeter.

The following quarter was the definition of back and forth. Adelaide were unable to extend their lead to double digits while Cairns could never cross that line. So both teams cancelled each other out scoring 25 a piece. This is exactly what you want coming into an elimination game, a perfect quarter to build anticipation and angst for both fan bases. But this fear of elimination would only continue to accumulate when Anthony Stewart of the Taipans made his first three pointer, giving the Taipans a one point lead with just under three minutes left in the third.

The Taipans proceeded to go on a 8-0 run, but almost just as quick, allowed Adelaide to slither their way back ending the fourth 71-70, with Taipans holding a rare lead. They were now heading into what would be the last quarter of one team’s season, while the other would go on and face last year’s champions, the Sydney Kings. So far Adelaide had only lost two games all season at home, however the Taipans had won their last four matches, making it unclear to every fan in attendance who would come out on top.

Brett Maher of the 36ers was excellent in this period in finding holes in the Taipans defence and making the correct pass, bringing his team to a one point lead with 94 seconds left on the clock. It is no wonder the 2006 ALL NBL point guard was the captain of this unit. But Cairns would not give up so easily, finding an open three and another, but it looked like their luck was running out. The Taipans kept missing their three-pointers, but fortunately kept securing offensive rebounds. But with 33 seconds to go, Taipans’ luck turned as Darnell Mee was able to find the bottom of the net with an elbow jumper. Adelaide had possession but threw up an ugly air ball; Cairns ball as Mee was intentionally fouled. The atmosphere plummeted in Adelaide’s home court as the reigning defensive player of the year went to the free throw line, already up one point. But Mee missed the first free throw, then hit the next one.

Maher caught the ball from inbounds, hail-married it to Oscar Forman who was able to lay it in, all within three seconds. This heart-stopping game was going to overtime. The 36ers now had the momentum, the crowd and the experience of winning their last four over time periods. The tables had turned within a blink of an eye.

As to be expected, the extended time was just like the rest of the game, with no team finding an edge until they found themselves with 45 seconds to go, Taipans holding a one point lead and possession. Mee shot from his favourite elbow but it rolled right in and out.

Wille Farley tried to cross a defender but was ‘fouled’. In retrospect, the defender got all ball on the swipe but Farley was now at the free throw line and the referee was not going to change their decision. You can imagine the hurt the Taipans felt, potentially losing the game on a bad call. But after hitting the first, the next attempt hit the rim and went right to the Taipans who now had one shot to win this game, tied at 103 with 28 seconds remaining. They found a contested three but the exhaustion had taken its toll, and it clunked off the backboard and was tapped by none other than Farley, as it went right out of bounds.

Three seconds remaining now. Taipans ball. Inbounding to win the game. The tension in the air was thick. They found a cutting Anthony Stewert at the corner three, he takes a good looking shot that goes in. Buzzer sounds and the Taipans win 106-103 in an all out slug fest.

The Cairns Taipans went to the semi-finals for the first time in NBL history. They would lose in the next round, but they would not have gotten there without the help of Gary Boodnikoff’s 20 points and seven rebounds. Or without the great Aaron Grabau’s 20 and seven performance, while shooting four three pointers. Even Martin Cattalini grabbed seven rebounds while dropping 14 points. A real team effort on all levels.