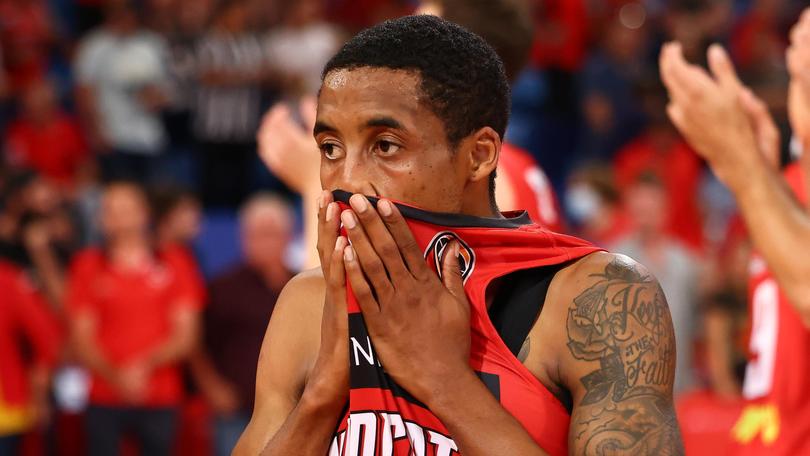 AFTER three rounds of National Basketball League (NBL) action there are a number of players that have upped the ante and taken the competition by storm. Draft Central takes a look at the top performers in their respective areas with a number of familiar faces topping the table given their consistency, star power and skillset to inflict themselves on the competition week in, week out.

Perth Wildcats star, Bryce Cotton tops the leaderboard when it comes to points scored with an average of 29.5 points per game showcasing his ability to carve up the court and attack the rim with great potency. Hot on his heels is Nathan Sobey with the 30-year-old plying his trade effectively for the Brisbane Bullets and averaging 24.75 points while New Zealand Breakers’ Tai Webster has also had a hot start to the season managing 24.5 points per game. Tyler Harvey has been a key reason for the Hawks’ rise up the ladder with the 193cm guard slotting an average of 23.25 points in each outing while the final player in the top five is Victor Law with the Brisbane Bullets recruit highlighting his ability to find the net through his 22.25 point average.

Scott Machado leads the competition for assists recording an average of 8.83 for Cairns highlighting his impressive gameplay and spatial awareness. Next is South East Melbourne Phoenix newcomer Keifer Sykes who has taken no time to adjust to not only the NBL scene but so too the Phoenix, as shown through his dominance with ball in hand and ability to combine with his teammates. Webster’s hot form trickled into assists collecting an average of 7.5 to compliment his scoring prowess while the same could be said for Cotton with the Wildcats star collecting 6.5 dimes per game. In his debut season, Josh Giddey has quickly made a name for himself with ball in hand able to efficiently find an option close to the basket to average 5.2 dimes per game for the 36ers.

There is no shortage of players that have imposed themselves off the backboard throughout the first three rounds with Josh Mooney leading the charge with an impressive average of 13.5 from his two games played. The next best is Cameron Oliver who has proven to be a rock for the Taipans recording 10.5 rebounds per game while Law has also become a regular and reliable figure for Brisbane Bullets dragging down 10. Sydney Kings Jarell Martin has also impressed in season 2021 with the forward managing an average of 9.25 rebounds. A trio of players all don an average of nine rebounds with Cameron Bairstow, Tyrell Harrison and Jo Lual-Acuil all effectively plying their trade for their respective sides.

Adelaide 36ers’ Isaac Humphries has proven he is a menace in the air and possesses plenty of defensive attributes averaging a competition-high 3.67 blocks per game. However, Jack White is not far off the pace highlighting his ball tracking ability and athleticism for Melbourne United with an average of 3.33. Then comes somewhat of a midtable logjam as six players in Matthew Hodgson, John Mooney, Jock Landale, Finn Delany, Oliver and Law have all recorded an average of two blocks a game.

It is often hard to come across steals but that does not seem to be the case for table toppers Cotton and Justin Simon with the duo recording an average of 2.5 a game displaying their cleanliness and skillset to get hands to ball and overall speed. Mooney also registered in the top five for this category boasting an average of two steals a game while Sykes and Harvey are also regular contributors for their respective sides.