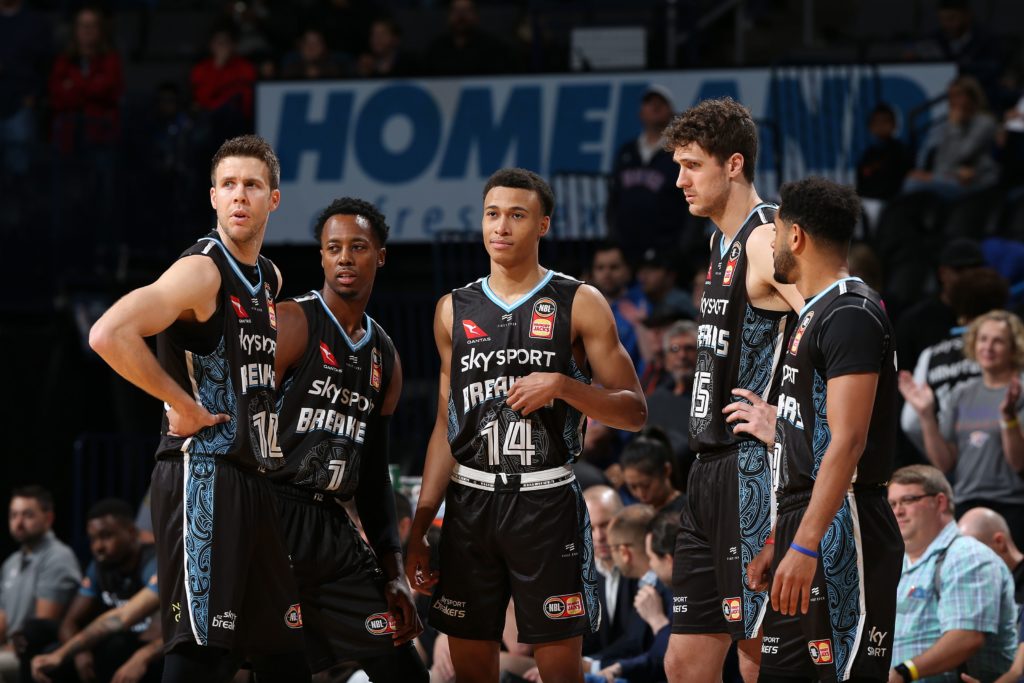 MELBOURNE United will be looking to continue their recent good form when they start Round 6 off with a road trip to New Zealand. We take a look at the six games across the weekend.

The round opens with the Breakers and United locking horns for the second time this season on Thursday in Auckland. The last time these two clashed was in Round 4 at Melbourne Arena, a game which produced Melbourne’s first win of their 2019/20 season. Since then, United has gone on to win two of their past three games, with those two wins both coming last round against South East Melbourne and the previously unbeaten Sydney Kings respectively. United now sit just one win outside the top four, and it is fair to say with the outstanding performances from Shawn Long and Chris Goulding, they are well and truly back into title contention. The Breakers on the other hand have just the two wins next to their name so far, but they have shown a lot of fight despite not having the wins to show for it. RJ Hampton continues to impress as his draft stocks rise, while Glen Rice Jr makes his debut tonight and if what is coming out of the New Zealand camp is anything to go by, he could be the biggest talent to ever come to the NBL.

The Bullets will be out to make it their second win in a row against a top two side when they host the Kings on Friday night. Brisbane shocked Perth last Friday night which helped lift themselves into third place come the end of the weekend where they easily accounted for Illawarra on Sunday. Lamar Patterson continues to lead Brisbane in scoring while the contributions from Nathan Sobey and Jason Cadee is helping the Bullets turn into a genuine finals contender. For the Kings, their unbeaten start to the season came to an end on Monday night in Melbourne where they lost by three-points to United in a nail-biting affair. But they will not be buoyed by the tough result, as they did it with Didi Louzada out for the second half as Casper Ware took charge and had a dominant 34-point haul to prove he is well and truly fit in to the Kings rotation.

After starting their inaugural season with three straight wins, South East Melbourne have faltered in two of their last three outings. Coming off a poor Throwdown II showing which saw them lose by 12-points, the task does not get much easier as they host the Breakers who play their second match of the round. The Phoenix could not find a match for United’s Shawn Long, but Mitch Creek and John Roberson continued their sensational starts to the season, while Ben Madgen also chimed in with a handy 16-points in what was his best game of the season so far. If all three are firing, then it is hard to say why they cannot bounce back and get back on the winners’ list against a Breakers side who will face a stern task this round facing the two Melbourne sides who are both in the top five.

Cairns and Illawarra will go head-to-head for the second time this season with both sides desperate for a win to keep their slim finals chances alive. The Taipans have been playing far better than their two-win record suggests, pushing the Breakers last round but falling short once again. Cameron Oliver has been the Taipans most prolific scorer this season and he continued that against the Breakers, while Majok Deng had a strong performance and will be hoping to make it consistent when playing the Hawks. Illawara suffered their seventh loss of the season when they fell to Brisbane last Sunday, as Lamelo Ball had to do the bulk of the scoring given Aaron Brooks is out for the season with that achilles injury. They will be desperately looking to replace him if they are to keep any hopes of a finals appearance alive. However, they cannot worry about that this weekend as it presents itself as one of their better opportunities to record their second win of the season.

United plays its second match of the round when they host the 36ers on Sunday afternoon. For Melbourne, they will be hoping this clash brings about an opportunity to make it two wins from their two matches this round, but regardless of their Thursday night result, they will be looking to defend home court against a strong 36ers outfit who sit just behind them in sixth place. The 36ers suffered a heart-wrenching two-point overtime loss to the top-of-the-table Sydney Kings in Adelaide on Saturday night, as Jerome Randle was unable to will his troops over the line against his old side. Randle will be looking to atone for the heartbreaking loss, as will the likes of Ramone Moore and Daniel Johnson who both have been strong so far this season. They will all need to be at their best if they stand any chance at coming away from Melbourne against an in-form United with a win.

SYDNEY KINGS vs. PERTH WILDCATS
Sunday, November 10, 5pm
Qudos Bank Arena
The Kings host the Wildcats in a top-of-the-table showdown on Saturday afternoon in what will be their second match of the round. After suffering a nail-biting loss to United on Monday night, the Kings will back up on Friday night when they travel to Brisbane, before hosting the Wildcats in what shapes as being one of the matches of the season. Louzada will be hoping he is able to return after he missed the second half against United with a back injury, while Ware and Andrew Bogut will be looking to continue their strong seasons so far. The Wildcats tasted their second loss of the season at the hands of the Bullets last Friday night, but they bounced back strongly by defeating the Breakers in New Zealand on Sunday. Terrico White has been having a season to remember, while Nick Kay and Dario Hunt have been exceptional and will be looking to continue that this weekend.