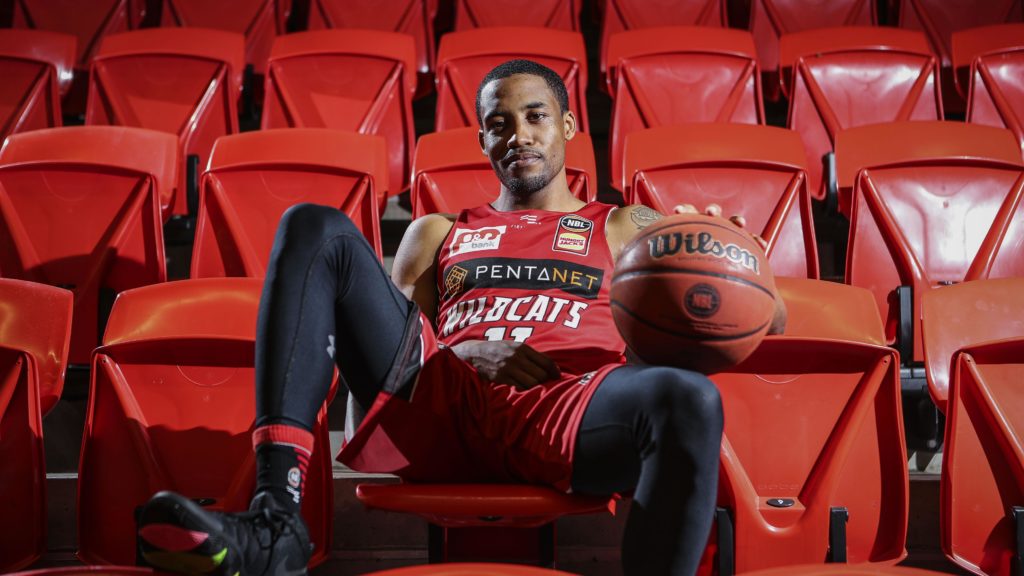 On Sunday night, the National Basketball League hosted its annual Gala Dinner, where all the outstanding performers throughout the season were recognised for their efforts.

Ever year, the man of the hour title always falls to the winner of the season’s Most Valuable Player Award (named the Andrew Gaze Trophy). That name-tag this year fell to Perth Wildcats guard Bryce Cotton, who for the second time in his career received the honour, following his earlier success in 2018.

For Cotton, it was another remarkable campaign for the fourth-year player, who has spent his entire NBL career in the red and black. The 27-year-old led the league in scoring averaging almost 22 and a half points per game (22.48) and leading the league in steals as well with 1.74 a game, the first player in NBL history to finish the season leading in both of these categories. Furthermore, Cotton was able to muster almost four rebounds a game and over three and a half assists in what was a well-rounded season for the import guard.

Cotton finished first in the votes tally with 88 in total, whereas Scott Machado, who had widely been talked about as the major frontrunner for the award, finished second with 80 votes. Following Machado, Bullets forward in Lamar Patterson locked up 73 points of his own, while Breakers forward Scotty Hopson was a big absentee from the leaderboard.

Personally for Cotton, it was not an individual accolade as he gave major props to his teammates for a tremendous season that sees the people of Perth being in the stands for a 34th consecutive postseason appearance for the Wildcats, “I definitely want to send a special shout-out to my teammates from the love and support that they give me every single game,” Cotton said while receiving the award.

“Whether it seems like I can’t miss a shot or it’s a game when I can’t make one to save my life, they want me to go out there and be me and that goes a long way with me.”

While Machado fell short in his individual category, another figure within the Cairns Taipans organisation was able to receive some hardware on the night, as Head Coach Mike Kelly was recognised for his managerial efforts and was gifted with the Lindsay Gaze Coach of the Award.

Following his disappointing first year at the helm of the Taipans in the 2018-19, where his side finished with an abhorrent six wins and 22 losses record, Kelly made amends in convincing fashion in the NBL’s 2019/20 season as the Taipans solidified third-position and a finals birth with a 16-win season under their belt to round out their season.

With his side averaging over 92 points per game and holding an 11-3 record at home, it was hard to deny Kelly the award, given the complete turnaround in seasons that he had initiated since his debut season.

“I know it’s all about the players and that’s why our coaches in this league get to where they are,” Kelly said.

“I appreciate the team and I appreciate the CQ University Taipans and all the work we’ve done to get where we are. The community is going crazy and this is one of those effects of it.”

Kelly was the clear favourite in the votes tally for the award, taking home 65 votes compared to his peers in Will Weaver (Sydney Kings) and Trevor Gleeson (Perth Wildcats) who both finished with 39 and 32 votes respectively.

Rounding out an interesting Awards night for the NBL, the All-NBL First and Second teams were announced, with some major inclusions and exclusions taking place in both sides that should have the punters riled up for the rest of the season.

Named in the first team was Kings’ forward in Jae’sean Tate, who put up 16.4 points per game along with 5.8 rebounds as well to go along with a triumphant season. In addition to the first-team frontcourt was Wildcats big-man Nick Kay, who found consistency from Round 1 through to Round 20, as he summed up his season averaging 15 points, 7.6 rebounds, three assists and shooting over 53 per cent from the field. In the backcourt, MVP-winner Bryce Cotton paired up with fellow superstars in Machado and Patterson which was expected, given the numbers these individuals put up throughout the season.

Major talking points were the absences of Hopson and Cairns big-man Cameron Oliver, who were both named to this season’s All-NBL Second Team. In Hopson’s case, the first-season player amassed 19 points, 5.8 rebounds and 4.5 assists a game in what was discussed as an MVP-calibre season. On the other hand, Oliver finished the season ranked second in both rebounds (9.1 per game) and blocks (1.6 per game), while putting up 17 points a game as well. Other inclusions in the side were Defensive Player of the Year winner in Dj Newbill (18.8 points, 3.2 assists and 2.96 rebounds), Casper Ware (19.68 points and 3.93 assists) and Andrew Bogut (8.24 points, 8.8 rebounds and 1.16 blocks).

Rookie of the Year was awarded to young gun American import LaMelo Ball, who had his season cut short due to injury and was therefore unable to receive the award in person. Nevertheless, Ball averaged 17 points, seven assists and seven rebounds a game in a stat-stuffing season for the Hawks.

Lastly, both the Most Improved Player and Sixth Man of the Year awards will reside in Brisbane for the next year, as Will Magnay took home the first award and Jason Cadee snagged the latter. Magnay’s eight point, six rebound and league leading 2.15 blocks per game season was enough to earn him 53 votes in his category, four more than Phoenix forward Dane Pineau (49). Whereas Cadee collected 31 votes for his award, just edging out Sydney’s Daniel Kickert, who attained 28.