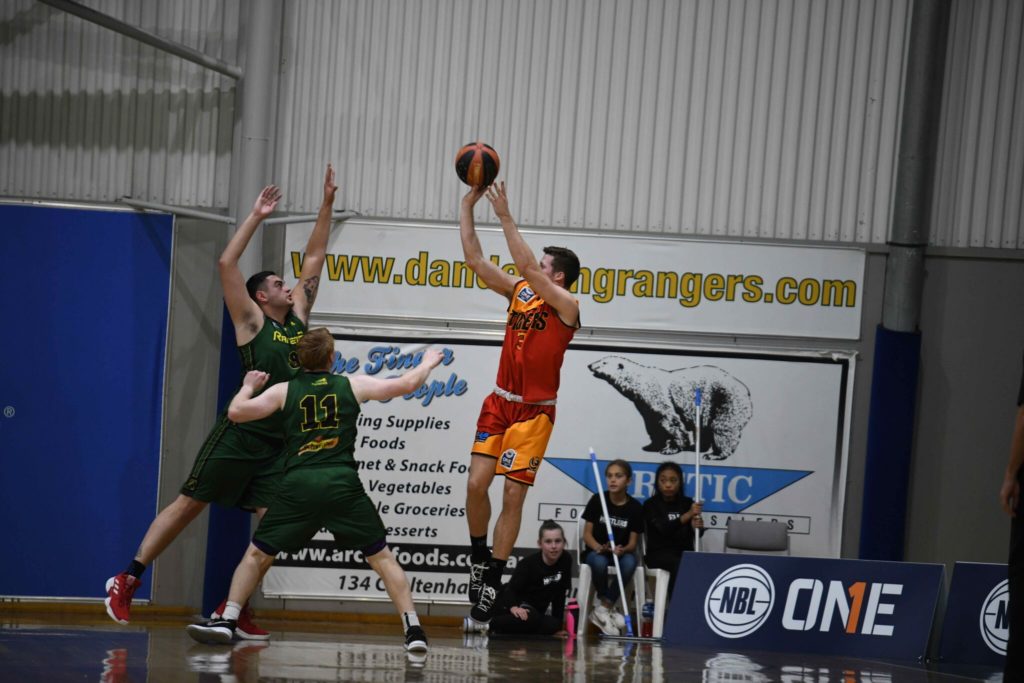 A HUGE weekend of action is expected for the National Basketball League (NBL)1 competition, as Round 5 gets underway under lights at Bendigo tonight. In the men’s competition, the Braves are delicately balanced at 3-3, and would be strong favourites to knock off the struggling Hobart Huskies. In the women’s contest, it looms as an absolute thriller with the Braves, undefeated in six starts take on the 4-1 Huskies.

Looking ahead to Saturday, and many of the sides down the lower end of the table feature. Both the Melbourne Tigers (2-4) and Southern Sabres (1-4) have had forgettable starts to the season and will be keen to bounce back with the likes of Nic Pozoglou and David Barlow being the clear standout players in each side. In the women’s corresponding match, the Tigers have started the season strongly with a 3-3 record, although the Sabres’ women’s side is in the same boat as the men. Ringwood Hawks also tackle the Huskies, with the Saturday night game seeing the Hawks hoping to balance the win-loss ledger in their favour, while in the women’s competition, both sides have only lost a game each in what is predicted to be a thrilling contest. In the first game of the day, potential title challengers, Albury Wodonga Bandits host Ballarat Miners in the game of the day for the Men’s. The Bandits had a shock loss to the Basketball Australia Centre of Excellence last week and will be keen to bounce back against an undefeated Miners side. In the women’s the Rush have struggled and are yet to win a game, while the Bandits have claimed three of a possible four wins, with Lauren Jackson‘s side a similar title contender.

Not far away from each other are the Dandenong Rangers-Eltham Wildcats and Frankston Blues-North West Thunder/Launceston Tornadoes clashes. The Rangers are always strong and sit in the top four in both competitions, while the women Wildcats are eighth with a 3-2 record, much better than the 1-4 men. At home the Rangers will be expected to take home the chocolates, while Frankston sit below both the respective Tasmanian teams, with the Thunder and Tornadoes surprisingly good on the road (2-1 each). In the other Saturday match-up, Nunawading Spectres host Knox Raiders, with the women’s match predicted to be a beauty. The Raiders are ahead with a game in hand, as both sides have claimed four victories this season. In the men’s competition,. Nunawading is a title contender, having won four out of six thus far, and sit third, while their opponents Knox are 14th with a 1-4 season record.

Sunday could turn ugly with the opposite ends of the table clashing in the men’s match between Kilsyth Cobras and Southern Sabres. With the Sabres coming off a game the day before, they will need to be at their absolute best to topple the undefeated Cobras away. In the women’s competition, neither side has particularly had bright starts to the season, with three wins from eight games between them. Elsewhere, Waverley Falcons host Geelong Supercats in what could be a huge game, with the Falcons ninth and Supercats seventh, while in the women’s, Geelong is one of the title favourites having won five of its six games, while the Falcons are at the opposite end of the table with one win from five games. In the final two games, Diamond Valley host Ringwood and Eltham tackles North West Thunder with three of the four sides having already played a game over the weekend. The Eagles have struggled in both competitions with one win for each team, while the Hawks have performed stronger in the women’s competition, sitting ninth with three wins from four games, while they are balanced at 2-2 in the men’s league. The Wildcats have also had mixed seasons, with the women’s side inside the top eight holding a 3-2 win-loss record, while the men are second bottom with a 1-4 record and only percentage ahead of the Sabres. The Thunder will hope to add two wins this weekend, while the Tornadoes are twelfth with a 2-3 record so far this season.