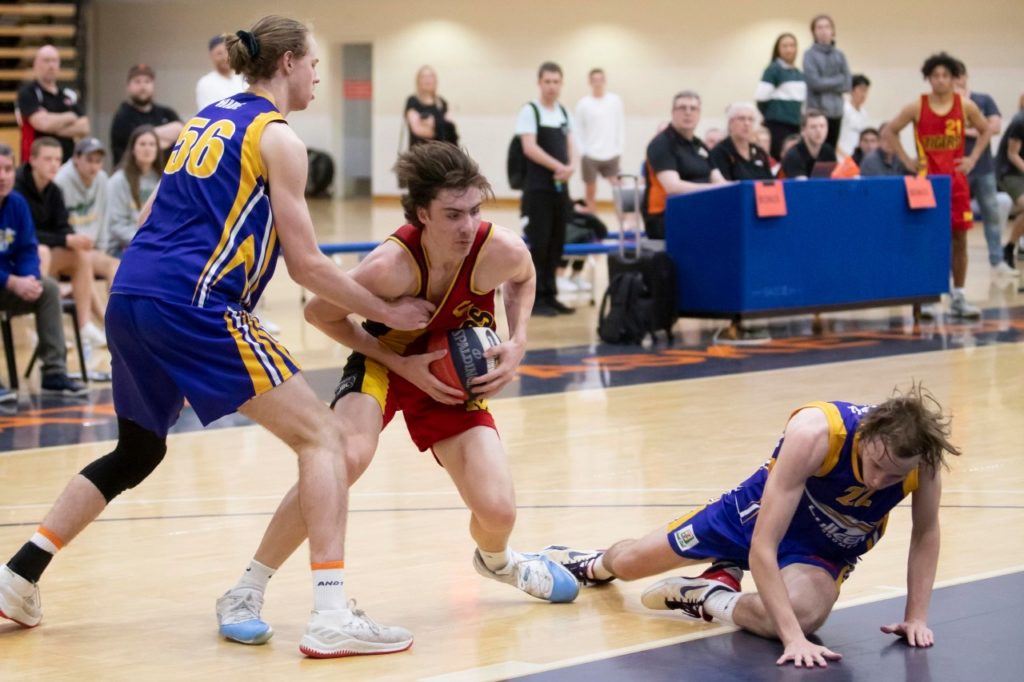 THE Bulleen Boomers have been declared the champions of the Melbourne United Victorian Junior Basketball League (MUVJBL) Under-18 Boys Championship Division following their 65-52 win over the Melbourne Tigers at State Basketball Centre last Friday.

Both teams fared well in the contest, though it was Bulleen who sought to maintain their aggressive, high-scoring finals brand. Owen Foxwell opened scoring in all terms excluding the fourth, crossing his opponent early in the first to sink a floater. Centre of Excellence returnee Joshua Giddey made his mark promptly, blocking two shots under the ring while continually hitting up teammates with his outstanding passing ability. Decisively, the first term belonged to Bulleen. Despite Melbourne’s impressive defensive work, their favour for ranged shooting limited opportunities for repeat efforts, having no one on the inside.

In the second term, Foxwell regained momentum to again open scoring, impressing with a recovered spill and skyhook in the paint. Melbourne sought to halt Bulleen’s transition with a press but fail to run with Foxwell as he affected consecutive buckets with Anthony Dell’Orso to eventually force a Melbourne time-out. Soon after Giddey got the ball rolling for Melbourne as he worked the baseline for an easy lay-up. Giddey maintained effort on both ends, earning a steal to put Patrick Twigg into space as well as continually floating through the zones weak spots. To close out the term, Isaiah Harvey and Twigg recorded back-to-back threes, while Foxwell sunk a three-pointer two metres outside the arc from one play, before affecting consecutive scores on the inside.

The third was undeniably poor for both sides with seven points each scored on either end. Once again, Foxwell hit the first with a brilliant left-handed euro, soon following up against Giddey, nearly losing the guard on his way to the ring. The contest between the guards ensued for the remainder of the game with neither player managing a score for a while. Despite impressive looks from the Bulleen point, Giddey’s three-point assist, work to secure consecutive scores, and closing block shot on Foxwell earned him the win for the third. built on his efforts late in the third to open up the fourth, earning a three point play with some sharp footwork.

It was clear by the opening minutes that Melbourne had lost momentum with Foxwell’s grip tight on both ends of the court. Rushed offensive work and a fading drive eventually crushed the Tigers as Bulleen dismantled them through transition. For the Boomers, Foxwell and Oscar Hide were most dominant. Foxwell managed his third 20-point (21) game in the finals series, dictating offense well and applying good pressure at the top of the arc. Hyde was a pillar for the Boomers under the ring, taking everything from the with 12 points for the night and an outstanding dunk in transition. For Melbourne, Giddey was pivotal, recording a game-high 24 points with impressive defense and court vision. Twigg presented fair in the first half, recording back to back threes with a strong run at the board. Though unfortunately faded in the second half.This effectively closes the MUVJBL Championship Division for this year with a decisive final term cementing the Bulleen Boomers as 2019 champions.