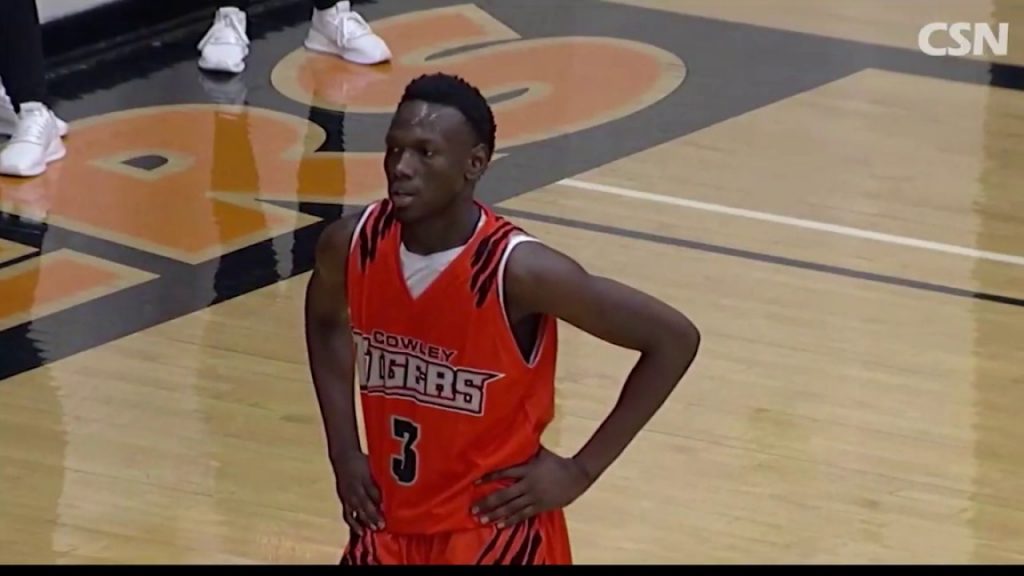 COMBO-guard Moses Nuangki has signed on in the NBL1 Central conference for the Norwood Flames after two years of high school and one year of junior college in the United States. Returning home to Adelaide due to COVID-19, the 20-year-old is now looking at the NBL as an alternative route to his end goal: the NBA.

Standing at six foot two, he has shown an ability to slot into either the one or two guard position with his speed and athleticism enabling him to be a threat on the offensive end, but also capable on taller guards defensively. While he can create shots for himself and his teammates, Nuangki has put a lot of work into his catch and shoot game to become more versatile as he progressed into higher levels of basketball.

“When I got there, it was kind of like I was playing against guys that were as athletic as me and they were all much older than me,” Nuangki said. “I kind of had to add something to my game so I started working on my jump shot.”

Nuangki models his game off Indiana Pacers guard Victor Oladipo with his offensive potency from inside and out, his athleticism, and ability to be versatile on defence.

Leaving Australia after one semester of Year 11, Nuangki made his way to Carlisle High School in Virginia – Thon Maker’s alma mater. Having moved to Australia from Egypt with his family at four years old, he made that move alone and admitted it was “tough, but it was always something (he) wanted to do before (he) actually did it”.

Walking to the gym and practicing was Nuangki’s remedy for his homesickness which allowed him to focus more on his game and develop his craft.

Despite receiving attention from NCAA division one programs, ineligibility forced him to take the Junior College route. He wound up at Cowley College in Kansas to try and force his way into a Division 1 program after two years, but unfortunately for the promising talent the COVID-19 pandemic put a halt to that.

Since returning to Adelaide, he was welcomed the opportunity to train with Adelaide 36ers in the NBL, where he was able to learn to be “more of a professional”.

“Coming in, I didn’t know much of how to be a professional, but when I got there I saw the little things that separate college athletes and professional athletes,” he said.

With the uncertainty surrounding the COVID-19 pandemic, Nuangki is now looking to take the NBL pathway to realise his dream of playing NBA. For now, his focus is very much on the NBL1 season as he looks to make a name for himself with the Flames.