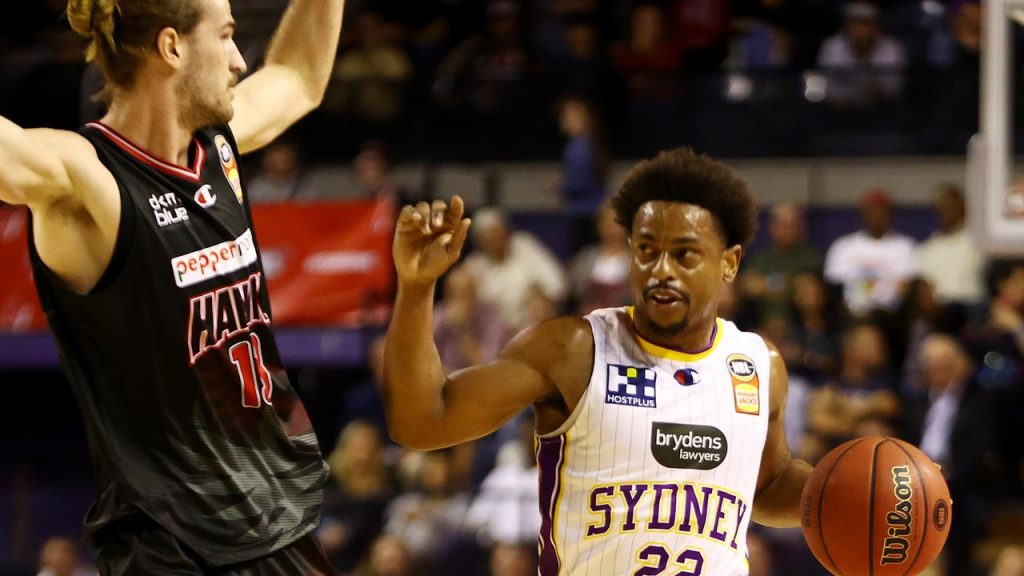 IT was a dramatic finish to the game up in Wollongong with the Sydney Kings prevailing in overtime against an undermanned Illawarra Hawks side (79-75). The Kings seemed to have momentum for majority of the game but the Hawks came up big when the clock ticked down to push the game into extra time but the class of Sydney eventually came to the fore as they solidified their spot in the top four.

The first quarter was relatively low scoring as both sides attempted to feel each other out and claim some form of ascendancy on the match. The Hawks were without a couple of key cogs with Justinian Jessup, Cam Bairstow and Deng Adel both missing from action while the Kings are getting used to life without Dejan Vasiljevic and Didi Louzada. With this in mind it took a while for both sides to find their rhythm as shown through the 16-15 point term, favouring Illawarra.

The Kings quickly put a stop to that, coming out with a real pep in their step in the second to flip the script and mount pressure on the Hawks. Their ability to find the basket started to become paramount as the likes of Craig Moller and Casper Ware got busy. The duo combined to keep the scoreboard steadily ticking over and push ahead to give the Kings that much needed edge and put them on track to win their fourth game straight.

Down by six points at the main break, Illawarra answered the call in the third stanza as a couple of their key figures in Deng Deng and Sam Froling managed to find the basket. But the real magic started to unfold in the final quarter with everything on the line. In front of a home crowd and celebrating their 2001 premiership the Hawks threw everything they had at the Kings not only peppering away at the basket but so too eating into the deficit. Their ability to withstand the pressure and back themselves in was second to none.

It looked like the game was all but sealed when Kings’ Jarrell Martin nailed a handy triple with less than two minutes to play. but the Hawks had other plans with Tyler Harvey proving anything you can do, I can do better landing a triple of his own to reduce the margin to a mere two points. a step up in intensity saw the Hawks contest everything and with adrenaline pumping through their veins, the Hawks were going full pedal to the medal as Justin Simon kicked into gear. Having facilitated Harvey’s triple moments earlier, Simon was once again involved reading the pass to Ware and pick pocketing it to instead going streaming back down the court the other way and levelling the scores. With a tick under 30 seconds left to play scores were tied at 69-apiece, and despite both sides having chances with Shaun Bruce’s shot going astray and Harvey missing the game went into overtime.

Unfortunately for the Hawks they had spent all their energy in their fourth quarter comeback as the Kings piled on the pain early. The purple and gold nailed the first five points of overtime to place the Hawks on the back foot and did not look like relenting as Jordan Hunter got busy. But in the end it was Moller that landed the final blow with a handy triple to gift his side the hard-fought win.

Moller finished with 12 points and nine rebounds in an all-round solid performance for Sydney. Ware was his usual damaging self, producing a team-high 18 points, three rebounds and four assists while Hunter impressed on multiple fronts thanks to his double-double of 16 points and 10 rebounds. Bruce was a menace off the boards reeling in 13 rebounds, 11 of which were defensive while Martin was no slouch sinking 11 points at 44 per cent from the field.

Froling had a day out for the Hawks walking away with a game-high 22 points plus his 12 rebounds in what was a complete performance by the forward. Harvey found plenty of chances to attack the rim in his 38 minutes on court securing 18 points and six rebounds. Simon was a real livewire and inspired his side in the final term with his 16 points, seven rebounds, three assists and five steals. Emmett Naar was a strong force on the rebounding front registering 12 for the game as Deng chimed in with a handy seven points but it was not enough to get his side over the line.