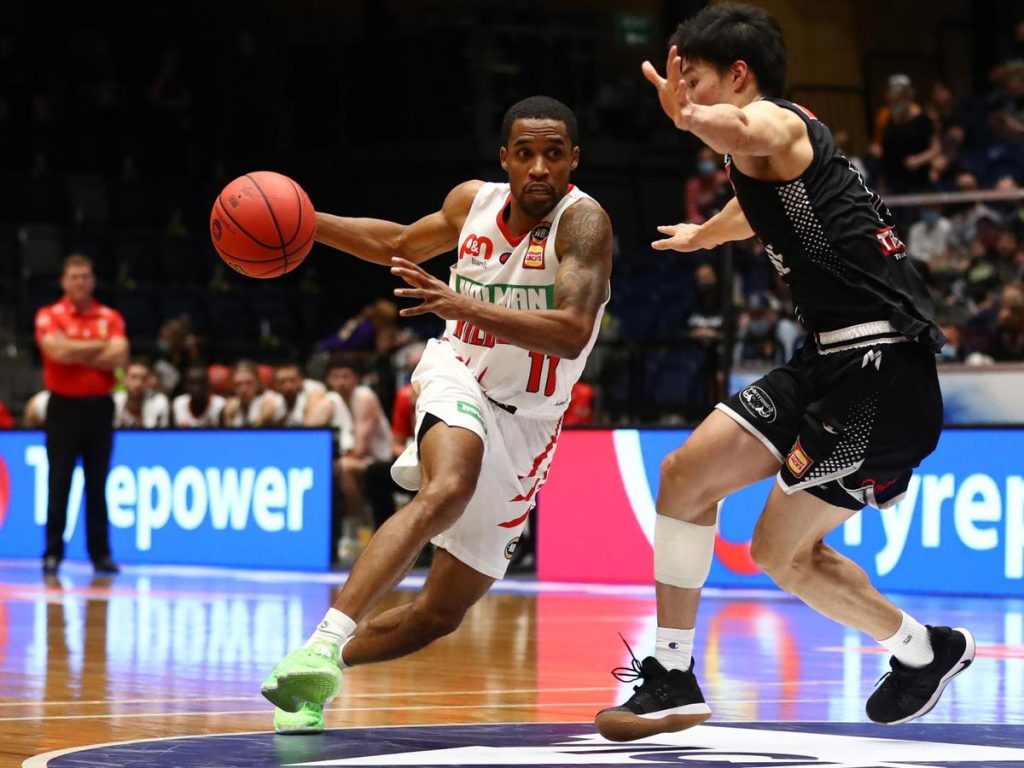 THE National Basketball League (NBL) battle between Melbourne United and Perth Wildcats continued last night with the game once again going down to the wire as United prevailed in the tight tussle (75-71). There was not much separating the two sides throughout the entire contest as they locked horns and the lead ebbed and flowed. But in the end, United found that extra gear to run it home and steal top spot collecting their fourth straight win.

It was blow for blow in the opening term with both sides trying to gain some rhythm and settle into the contest. Perth landed the first blow, opening the scoring account before Melbourne answered, with that dance continuing for much of the game. The Wildcats established a slim one point lead heading into quarter time and steadily increased that margin by the time half time came around boasting a five point lead thanks to a 28 to 24-point term.

It all came down to shooting accuracy with United flexing their muscles and making the most of their opportunities sitting at 49 per cent from the field compared to Perth’s lowly 34 per cent. It was a similar tale from two point range with United making 21 of their 34 attempts at an impressive 61 per cent while Perth struggled to find their radar only sinking 16 of 38 attempts at 42 per cent. Melbourne also had the upper hand when it came to accuracy from down town boasting a record of 32 per cent compared to 24. However when it came to dominance at the charity stripe, Perth had all the answers going along at a 85 per cent clip as opposed to 69 per cent.

Although the scoring was in favour of United, rebounds, assists, steals and turnovers all leant to Perth highlighting the overall closeness of the contest. The Wildcats showcased their strength off the boards dragging down 42 compared to 34 while Perth’s ability to share around the ball was on show registering 16 assists to 13. The Wildcats’ slick hands and read of the play also caused havoc recording nine steals to four while their cleanliness also shone true with 12 turnovers to 14.

Melbourne showed that they have a number of options that are capable of keeping the scoreboard ticking over. Although it was not the familiar faces that stepped up to the plate the win signifies the impressive level of depth United have as Jock Landale topscored with 16 points, six rebounds and three assists. Mitch McCarron was also handy chiming in with his 13 points at 62 per cent from the field while also amassing two rebounds, one assist and a steal. Yudai Baba was the only other United player to register double-figure points thanks to his 14 points, three rebounds and two assists. Dynamic duo Scotty Hopson and Jack White also added to their sides tally with nine and seven points respectively with the latter also walking away with eight rebounds, seven of which were defensive.

There were two main targets for Perth and it is no surprise that one of them was none other than Bryce Cotton. The guard was once again in scintillating form knocking back 24 points despite sitting at a 45 per cent conversion rate. He also managed seven rebounds and six assists in an all-round strong performance. Teammate John Mooney also stepped up to the plate sinking 15 points, seven rebounds and five assists as Mitchell Norton secured 11 points in his 22 minutes on court. Clint Steindl added a handy seven points to the total but it was not enough to get his side over the line.