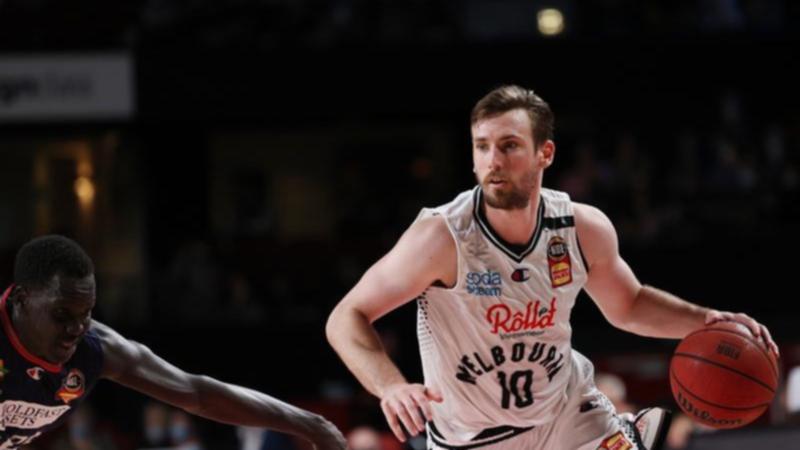 SUFFERING their first loss of the season during their previous Round 5 outing Melbourne United ensured that outcome did not happen again with a huge final quarter of action to narrowly edge out Cairns Taipains in a thriller, 88-81. Struggling to get going throughout majority of the game, United showed their class to run it home against the Taipans inspired by Japanese import Yudai Baba.

Coming into the clash on a two game winning streak Cairns had a real pep in their step smothering United’s every move and countering it with their attacking prowess. The Taipans wasted no time asserting themselves on the contest as they skipped out to an eight point lead while keeping Melbourne scoreless in the opening minutes of play. Their overall intensity and belief was up as they tussled hard for each possession and moved the ball with relative ease to boast a handy eight point lead at quarter time. Standings levelled out in the second quarter with United slowly working their way back into the contest outscoring their opponents 18 to 17 but that hardly dented the scoreline. There was no denying the influence Kouat Noi had on the game with the Cairns bigman imposing himself in every which way posting an impressive 17 point before half time as Melbourne failed to combat his commanding presence.

The second half got underway off the hands of Noi as he extended the lead for Cairns and edged the side towards their third straight win. But as the quarter went on, the tables started to turn as United’s defensive pressure intensified culling the margin to a mere four points at half time. Sensing a comeback victory some strong efforts from the likes of Baba and Scotty Hopson was exactly what the Melbourne side needed as they rallied in the final term to post 30 points while keeping their opponents to 19. Playing with a mix of calculated risk, United pressed hard to force turnovers and most importantly capitalise, stealing a seven-point win despite being down and out for majority of the contest.

It is near on impossible to separate the two sides when it comes to shooting percentage with Melbourne United just pipping Cairns at the post thanks to their 43 per cent conversion rate from the field compared to the Taipans’ 42 per cent. United were also more damaging from three point range credit to their 40 per cent accuracy. However, the roles reversed when it came to converting from the charity stripe as the Taipans flexed their muscles through their 82 per cent accuracy nailing 14 of their 17 attempts while United did not have anywhere near the same potency sitting at 66 per cent.

United could not be stopped off the boards, reigning supreme with 50 rebounds compared to the Taipans who only managed 37. United also collected more assists 18 to 17 respectively while also managed a higher amount of steals than the Taipans (9-5). Despite walking away with the chocolates the victors were more costly with ball in hand registering 15 turnovers to 14.

Without the likes of Shea Ili and Chris Goulding, there were three main contributors for United throughout their clash with Jock Landale taking centre stage. Landale was never far from the action walking away with a double-double after posting 18 points and 11 rebounds, with nine of them defensive. The ever-reliable Mitch McCarron plied his trade amassing 17 points, three rebounds, seven assists and five steals while Baba also stepped up to the plate in a coming of age performance credit to his 17 points, four rebounds and three assists. Jack White was a handy option especially from range with majority of his nine points a result of triples.

Starring in the first half, Noi continued that momentum to finish with 27 points, five rebounds and two steals to cap off a stellar performance. He was well aided by the likes of Cameron Oliver who collected 18 points and did what he does best as shown through his six assists while Scott Machado was the only other player that managed to reach double figures. In his 34 minutes on court Machado knocked back 14 points and nine assists while Fabijan Krslovic secured six points and eight rebounds.