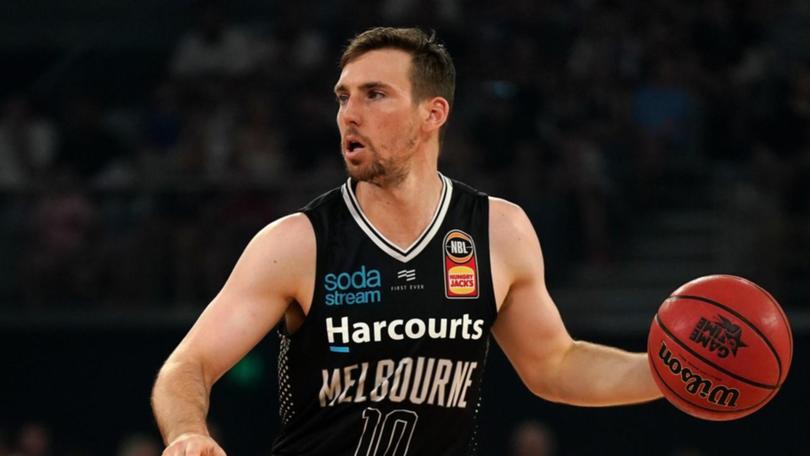 A DOMINANT opening term all but gifted Melbourne United the “W” in their clash against Adelaide 36ers to keep their hot start to the season going, winning 82-73. Weathering the storm in the middle part of the game, United did enough to keep up with Adelaide who flicked into overdrive as the game went on but in the end could not outrun.

Melbourne wasted no time making their intentions very clear with Jock Landale imposing himself in the first minute of the game sinking back-to-back triples. United played with a sense of urgency and intensity, nullifying the 36ers in every which way and mounting the scoreboard pressure nailing a whopping 31 points to eight. Establishing a commanding lead at quarter time the pressure somewhat fell off from United’s perspective as the 36ers ate into the deficit. Hitting the scoreboard more frequently, Adelaide showcased their determination and hard working mindset to knock back 26 points and shut down Melbourne, keeping them to 16 points.

Outclassed in the second quarter, United struggled to recapture that same form they emulated in the opening term while Adelaide maintained its momentum to keep pressing. Desperate to stay in touch, the 36ers put in the hard yards to work the ball forward and cut the deficit to 12 points at the final change thanks to an 18-17 term. Adelaide won the final term of play producing 21 points but it was not enough to ruffle the feathers of United who had done enough to secure a nine-point win, largely due to the blistering first quarter of play.

United showcased their accuracy from the field sinking 28 shots from 67 attempts at 41 per cent while the 36ers converted 25 of their 66 attempts at 37 per cent. Melbourne were also stronger from inside the arc going at 47 per cent compared to Adelaide’s 39 per cent while the roles were reversed when looking at accuracy from deep with the 36ers hitting three triples at 36 per cent compared to United’s eight at 32 per cent.

Melbourne also flexed their muscles on the rebounding front, using their bigmen to cause havoc and reel in 47 rebounds to 37 while they also beat Adelaide at their own game producing 13 assists to 10. When it came to turnovers, the 36ers proved to be cleaner with ball in hand only registering 12 as opposed to Melbourne’s 14 while they also recorded more steals (10-8).

Daniel Johnson imposed his physical presence on the game knocking back a team-high 14 points at 40 per cent from the field. He outmuscled his opponents off the boards securing eight rebounds, two assists and two steals. Josh Giddey also continued to impress registering 13 points as Tony Crocker also nailed 13 to keep his side alive. Giddey was down on his usual output when it comes to assists, only managing the one for the game, however he did record eight rebounds. Isaac Humphries plied his trade, posting nine points while also walking away with eight rebounds.

Missing Chris Goulding once again, it was Mitch McCarron that stepped up to the plate downing 18 points in his 34 minutes on court. McCarron did not stop there, dragging down 10 rebounds to walk away with a double-double while also managing three steals and a block. Landale quietened down after his fast start to the match amassing 12 points, seven rebounds and two blocks. Scotty Hopson was a key contributor in the win collecting 14 points, six rebounds and four assists while Jo Lual-Acuil recorded a double-double thanks to  his 11 points and 10 rebounds.