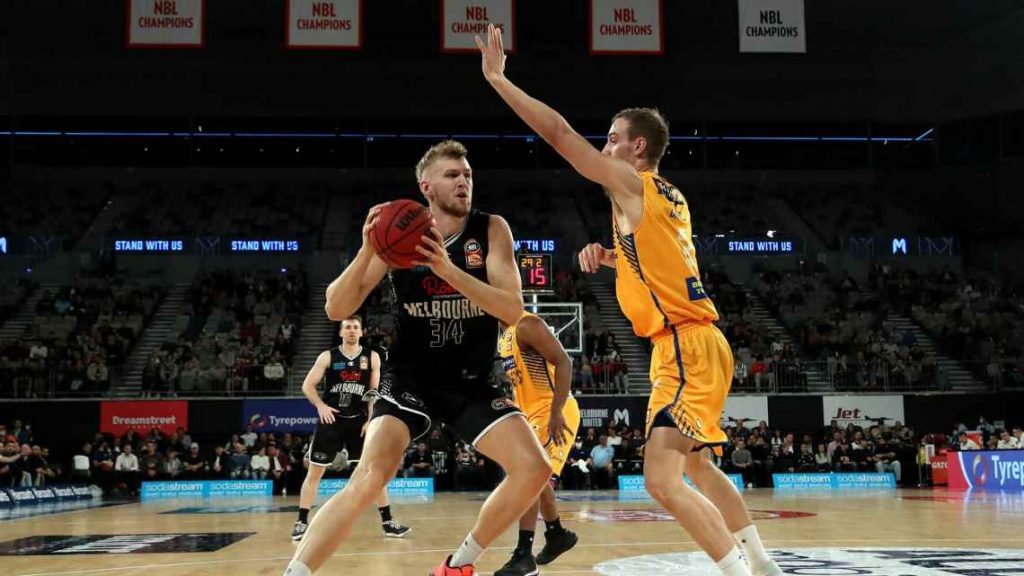 MELBOURNE United continued their winning streak last night, producing a nine point victory over Brisbane Bullets (98-89) to further lament their position on top of the ladder. But it was not easy going for United as the Bullets showed plenty of grit and determination to fight their way back into the contest and give their opponents a real fright.

Coming in off an upset win against Perth Wildcats only days earlier, the Bullets were keen to make it two from two against the top sides but United clearly had other plans bursting out of the gates in the opening term. Jock Landale was unstoppable, finding his range from deep to sink three consecutive triples. This energy filtered across the United outfit as they looked to dominate from downtown as 12 of their first 25 points stemmed from three-pointers. They simply could not be denied as the undermanned Brisbane side failed to get going or have an answer for Melbourne as they skipped out to an 11-point lead at the first change.

It was more of the same in the second term as United picked up where they left off playing with great conviction and class to weave the ball down the court and deny Brisbane any chance to attack the rim themselves. A timeout called by Brisbane seemed to be what the doctor ordered as they came out firing, spearheaded by Nathan Sobey. The side worked in overdrive culling the lead to a mere eight points before unrest filtered across the court with Matt Hodgson sitting Chris Goulding down. With tempers rising Hodgson registered an unsportsmanlike foul as did Mitch McCarron while Jo Lual-Acuil was tech-fouled putting an early end to his night. Although the Bullets worked their way back into the contest their efforts were overawed by some last minute baskets to McCarron and Sam McDaniel.

The Bullets came into the third quarter with a real pep in their step and ready to take up the challenge that United had lay down to them. Their energy across the court was causing all sorts of trouble for Melbourne who could not keep a lid on the courageous Bullets. Sobey continued his merry way as Lamar Patterson found his groove to reduce the margin to a mere five points as the clock ticked down. Brisbane outscored their opponents 23-12 in a complete turn of events and making for an enthralling finish to the game.

With it all to play for in the final stanza it was Yudai Baba that landed the first blow to establish a 10 point lead for United. But the Bullets were not done with yet, dwindling the margin back to a mere five points midway through the term. However United did enough to hold on and grind out the game despite missing the likes of Shea Ili, Scotty Hopson and Jack White to claim their 17th win of the season and create some much needed ladder separation.

Landale was the most prolific player on court for United producing 23 points at 42 per cent from the field. His output was elite as he reeled in 13 rebounds, eight of which were defensive along with three assists, three steals and two blocks. Goulding was his ever-reliable self, getting busy with 18 points and three rebounds. Teammate, McDaniel plied his trade in the win registering 15 points at an impressive 60 per cent from the field while also dragging in four rebounds and three assists. Baba had a game to remember off the bench walking away with 16 points as Lual-Acuil presented a strong front with nine points and five rebounds before being sent off.

For the Bullets, it was Sobey that did the heavy lifting in a dominant captains performance. His accuracy from long range was key, nailing six of his nine attempts while also securing six rebounds and a steal. Harry Froling made his mark with 15 points, four rebounds and three assists as Hodgson worked tirelessly thanks to his 13 points and eight rebounds. Patterson found his feet producing 12 points and four rebounds off the bench while Jason Cadee managed to register seven assists and eight points.