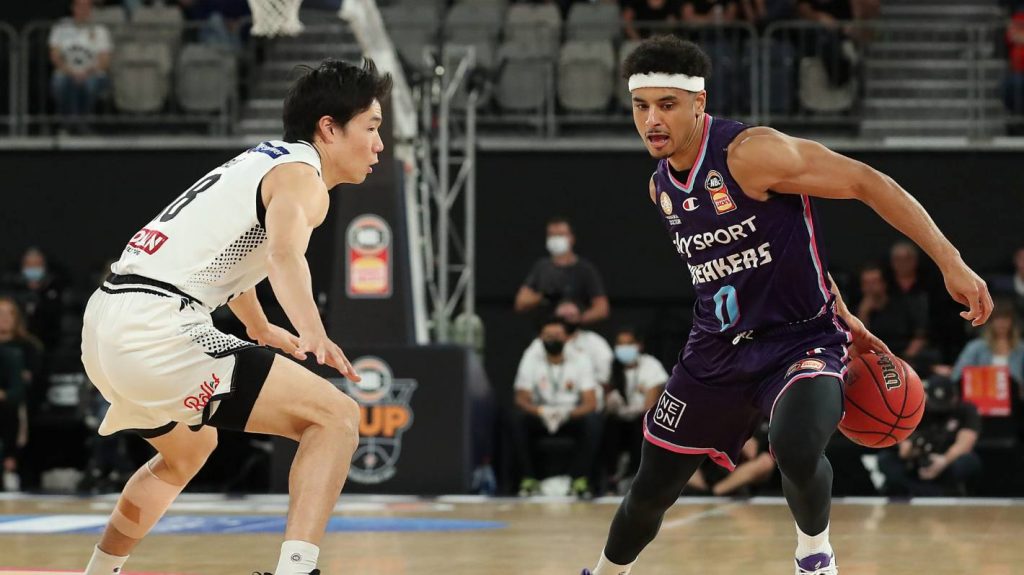 MELBOURNE United snuck home against New Zealand Breakers, claiming a three point win (87-84) to keep a firm grip on top spot. United were unable to escape the grips of the Breakers drawing level at half time before pushing ahead in the final term after being well and truly pressured throughout the game.

New Zealand made a fast start to the game, showcasing their scoring ability and intensity to assert themselves on the contest. Nailing the first points of the game the Breakers quickly put United on the backfoot but the top side were not about to roll over, finding their groove midway through the term and steadying the ship. Playing with more conviction and a sense of calmness, United – led by Jock Landale – hit the front and claimed a three point lead heading into the break. Scoring slowed down in the second term but it was New Zealand that hit back, going toe-to-toe with United and levelling the scores at half time.

The two sides continued to put in the hard yards and not give an inch in the third term as neither side could break away from the shackles of one another. Every time the Breakers or United tried to pull away the other would pull back as the lead chopped and changed. The intensity filtered into the fourth term but in the end it was United that managed to steal the lead in the seventh minute of the quarter and were determined not to give it up. Playing with momentum Melbourne kicked into gear and despite the best efforts of Tai and Corey Webster the Breakers were unable to quell United.

Both sides boasted a 50 per cent accuracy from the field but the main difference came when looking at accuracy from the charity stripe with Melbourne United flexing their muscle with a conversion rate of 92 per cent as opposed to New Zealand’s 61. United also lead the way with rebounds (35-31), assists (16-9) and steals (8-6) to lead in the majority of the statistical areas.

Tai Webster led the way with 32 points sitting at 60 per cent from the field while he also recorded one rebound, two assists and two steals. He also managed an impressive accuracy from three point range sinking four out of his five attempts from down town at 80 per cent. Brother, Corey also impressed in the narrow defeat posting 14 points, five rebounds and two assists. Tom Abercrombie was busy for the Breakers producing 13 points and two rebounds while Jarrad Weeks managed seven points in his 16 minutes on court.

For United the scoring was relatively evenly spread with four players hitting the double-figure mark. Landale starred once again with a game-high 23 points at 63 per cent accuracy from the field while he also collected four rebounds, two assists and three steals in an all-round solid effort. Up against his old side, Scotty Hospson wasted no time imposing himself on the contest with 16 points, two rebounds and two assists while Mitch McCarron also chimed in with a handy 17 points, seven rebounds and seven assists. Shea Ili also managed to influence the scoreboard through his 13 points while also amassing two assists and one rebound in the win.