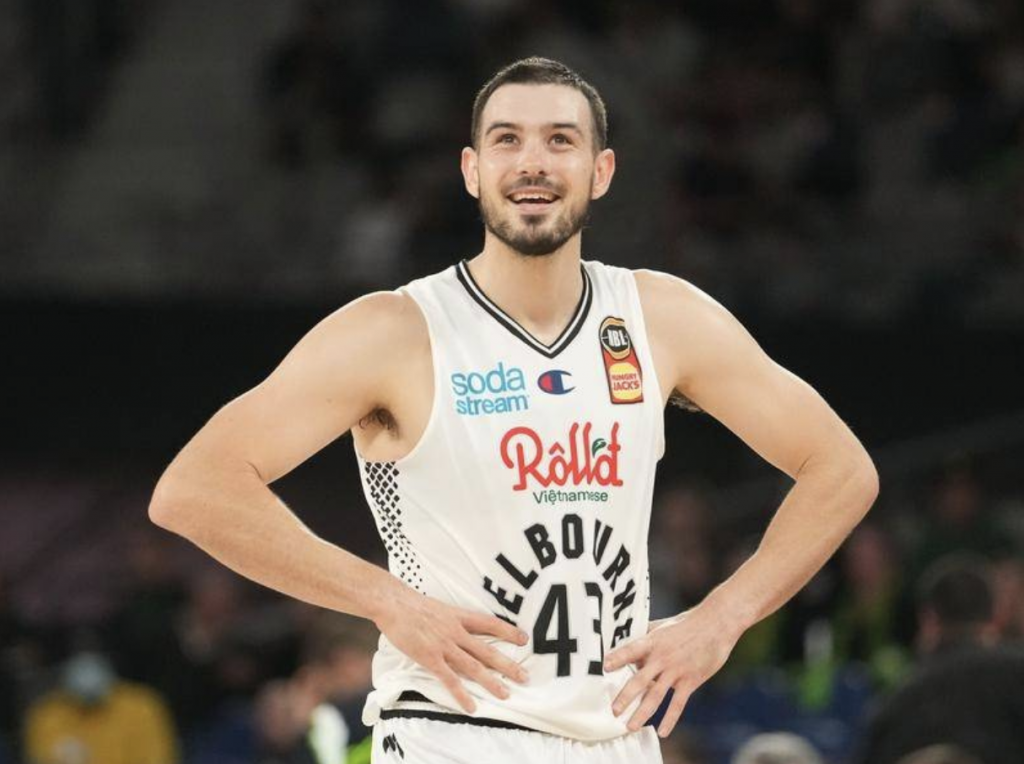 EXACTING a bit of revenge and returning the favour from their last encounter, Melbourne United went to RAC Arena last night and defeated a red-hot Perth Wildcats, 99-91, extending their lead at the top of the NBL ladder in their pursuit of the minor premiership and home court advantage in the finals, as well as being the first team in the NBL to clinch a postseason position.

In a first quarter filled with drama and controversial calls, Chris Goulding lit up RAC Arena to get things underway. Nailing three three-pointers in the opening three minutes, Goulding helped United to an advantageous 19-9 lead causing Trevor Gleeson to call a quick timeout to try and settle his team’s nerves.

Before the visitors could run off with the game in the opening term, a big knock-down three from Bryce Cotton balanced out the scales a bit and after 10 minutes the Wildcats were only down 21-28 to begin the second.

It took a little longer than expected, but Perth’s duo of Cotton and John Mooney started to make an impact. The game briefly became tied with three minutes remaining in the half, before Shea Ili weaved his way in for a layup and Yudai Baba converted his own And-One.

Melbourne went into the main break with a modest 51-46 lead after a brief scare in the second, making 54 per cent of their shots and fighting their way to a 18-12 lead on the glass in rebounds. For Perth, they took care of the ball well in the initial two periods and made most of their damage down low in the paint on the offensive end, putting 24 of their points on the board in the key.

To best describe the third quarter, you would call it a slug fest as both sides swung momentum either way prior to the fourth. Mitch McCarron and Jock Landale gave all the additional support that United could handle, as Perth tried their best to stay calm and chip away at their deficit.

The visitors were momentarily reassured with an eight-point lead at the final break (76-68), but if there was a team to make the lead change happen at the death, it was the Wildcats by a mile. Goulding had 21 big points leading up to this stage in the game and Dean Vickerman needed to make sure his star shooter continued his good shooting into the fourth and final quarter.

Perth’s faithful continued to hold out for a fourth quarter run, however unfortunately it did not come before the final buzzer with Melbourne holding their heads high in enemy territory as eight-point winners and with 99 points next to their name, the most ever scored by United at RAC Arena.

Somehow Melbourne could not quite figure out how to contain Perth near the rim, giving up 48 points in the paint and allowing the Wildcats to convert on 58 per cent of their two-point opportunities. On the flip side, the visitors were big in their outside shooting, knocking down 40 per cent of their three-point opportunities, as well as being superior in areas such as second chance points (11-9), points from turnovers (20-15) and points off the bench (34-14).

There were no doubts that Goulding had a mission in mind prior to tip off and his numbers showed this last night, as the marquee player put up 26 points and four rebounds along with four threes. Landale finished with 19 points, seven rebounds and three assists while McCarron strung together 14 points and six assists. Baba also made his mark with 11 points.

If the combination of both Cotton and Mooney is a power couple, then the pair’s numbers last night proved just how true that notion is. Cotton’s 24 points and three assists were nothing to sneeze at last night despite the loss, but Mooney’s 24 points, 14 rebounds, five assists and three steals were purely awesome for those in attendance. Mitchell Norton played well in the starting role with 12 points and three rebounds, meanwhile Todd Blanchfield was relatively absent with only nine points under his belt.

Perth can jump back into contention for top spot given the limited time left in the season if they can topple the Brisbane Bullets in Queensland tomorrow afternoon and possibly cement their top two position if results fall favourably across the league this weekend. For United, they look to make their crosstown rival South East Melbourne Phoenix’s path to the postseason a little bit more difficult, when the Throwdown takes place at John Cain Arena on Sunday.