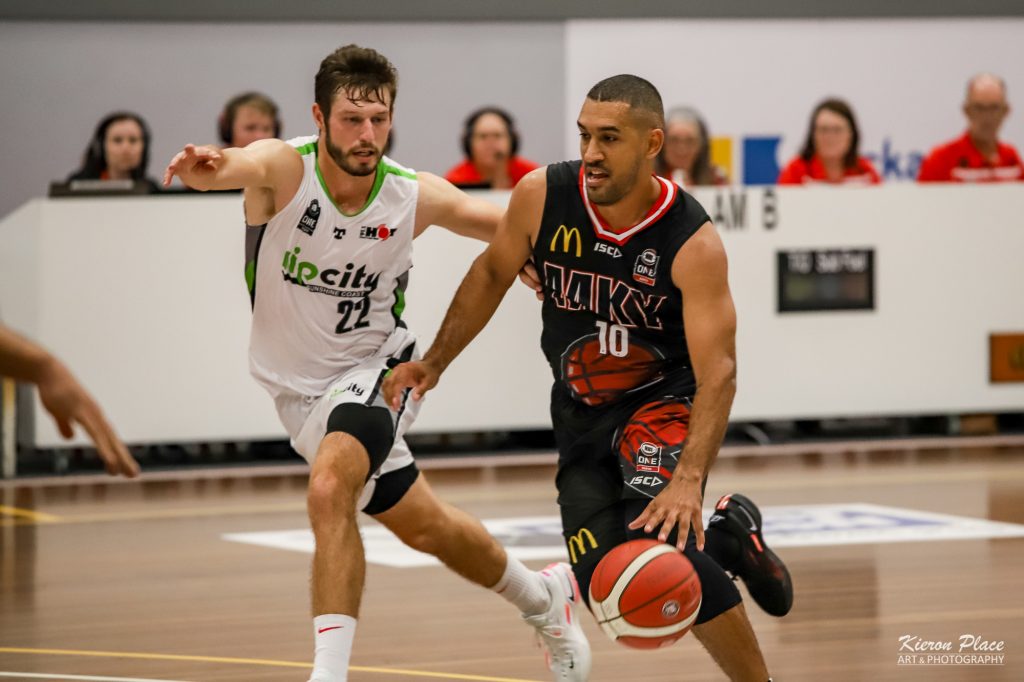 CAIRNS Marlins have defied the odds to reach the 2021 National Basketball League (NBL)1 North Men’s Division Grand Final, knocking off minor premiers Logan Thunder in the semi-finals. The fifth placed Marlins first overcame Gold Coast Rollers in the elimination final, and have now taken down the Thunder – who previously only had one loss to their name – in order to reach the decider. The Marlins now take on second placed Mackay Meteors who finished just one win behind the Thunder, and knocked off USC Rip City in the other semi-final.

Cairns Marlins have taken down the raging premiership favourites Logan Thunder with stunning and and third terms to blow them away by 29 points in an eye-catching display. The Marlins lead by a point at quarter time, and then piled on 30-15 in the second term to extend it out to 16 points at the main break. The Thunder cut the deficit back to 15 by the final break, but any hope of a comeback was soon snuffed out by the Marlins, who scored 29-15 in the final term to run out 96-67 winners.

Mitch Young (21 points, eight rebounds and two assists) was the topscorer for the Thunder in the loss, while Jeremy Kendle (18 points, five rebounds, five assists and two steals) and Shaun Bruce (15 points, four assists, three rebounds and three blocks) were also productive. Unfortunately they scored 54 of the team’s 67 points with not enough contribution from the bench.

A fast-finishing Mackay Meteors outfit has ensured one of the top two sides reached the 2021 NBL1 North decider, coming from behind to blow away USC Rip City in a high-scoring final term. The Meteors were on the back foot from the beginning, trailing by nine points at quarter time. They managed to cut the deficit back to six at the main break, and two by the last change, but still needed a big effort to overcome the visitors. That occurred, as the home side piled on a mind-boggling 39 points in the last quarter to run away with the 15-point win, 106-91, and book a home grand final series.

The Meteors were more efficient from the field with a 49.2 per cent record compared to Rip City’s 43.4 per cent. They also had more rebounds (42-37), though USC finished with more assists (16-15), less turnovers (12-16) and equal steals (six-apiece) and blocks (four-apiece) for the accuracy to b the key in the match.

Emmanuel Malou was best-on thanks to his 34 points, putting in a James Harden-esque performance with 38 points – including 18 of 18 from the free throw line – and 10 rebounds, as well as three assists and two blocks. Christopher Cedar was the long-range threat with six of 14 from beyond the arc for a total of 27 points, five rebounds and three assists. Jerron Jamerson (22 points, eight rebounds and four assists) was also influential in the victory.

USC had a dual threat of Tanner Krebs and Isaih Tueta who contributed a massive 62 points on the night to try and drag Rip City over the line. Krebs finished with 32 points – four of 10 from long-range – four rebounds, three steals and two assists while Tueta had 30 points, four assists and three rebounds. Josh Tueta (12 points, eight rebounds) was also busy, as Kyle Zunic had nine rebounds and seven assists in the loss.