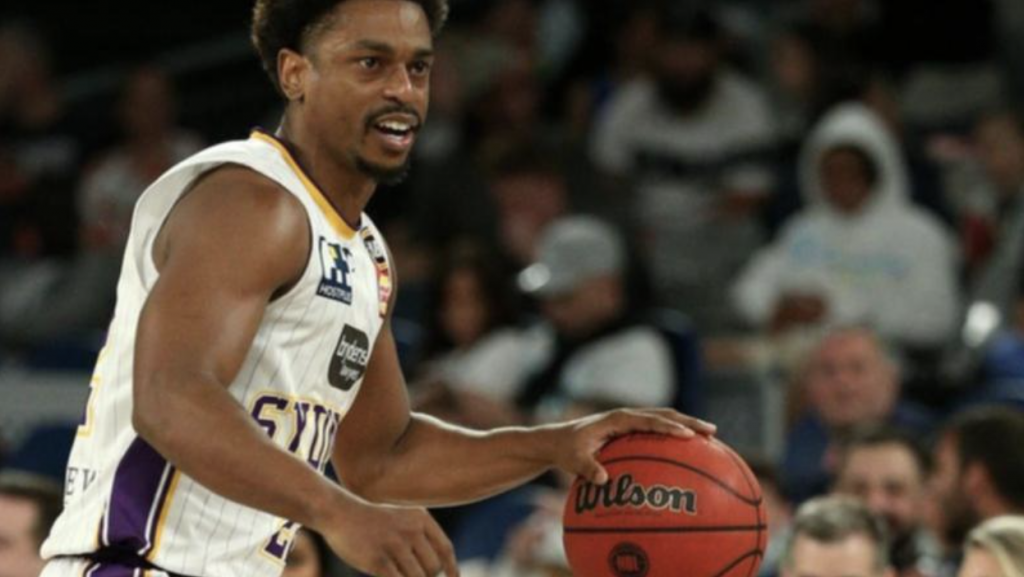 THERE was no stopping Casper Ware last night with the Sydney Kings’ point guard becoming the first King in almost 18 years to score 40 points in a game, as last night’s hosts defeated an inspired Cairns Taipans squad 89-84 last night at Qudos Bank Arena.

Nailing five of their first six attempts from deep, the Kings opened the game right open from the get-go with a 19-3 start on their home floor getting the crowd involved early. Nathan Jawai looked to get his side going with the Taipans second basket of the night more than five minutes into the game showing just how slow Cairns started off last night’s second contest.

Cairns were able stem the bleeding in the later stages of the first period, halting Sydney’s momentum and reducing their disadvantage back down to 13 points with Ware exploding for 15 points in the first 10-minute stretch, therefore providing a 27-12 lead on the side of the Kings.

With a more even spread of points being scored between the two teams coming out of quarter time, Cairns could start feeding the ball to their main weapons in Scott Machado and Cameron Oliver who were unnaturally silent in the previous term.

As for Sydney, Didi Louzada and Shaun Bruce shouldered some of the scoring load before half-time with the Kings trying their best to keep their lead above 10 points to put themselves in a good position before the last two quarters would even begin. As planned, the Kings were in the driver’s seat leading the Taipans at half-time 49-38 with both teams shooting at a modest 43 per cent.

In what was one of the best five-minute stretches all season for Mike Kelly’s men, the Taipans dissolved Sydney’s lead to zero on a 10-point scoring run and would then flip the script to take the lead, as Jordan Ngatai’s sharpshooting helped propel Cairns forwards in the pivotal third quarter.

The Kings made the Taipans’ lead a short-lived one, quickly retaking the advantage after a spray from Adam Forde helped spur on some much-needed energy from the hosts. Some more efficient shooting from Ngatai and others saw both sides enter the final break locked up at 65 points apiece, as Cairns entered the fourth with a mass of momentum behind them in front of a nervous Sydney crowd.

Some key plays made in the early/middle stages of the fourth by Taipans such as Tad Dufelmeier, Mirko Djeric and Oliver were promising signs for the Queensland-side. But Ware like he had done all night long, was trying to single-handedly drag his team over the line scoring his 30th point of the night halfway through the last term.

Sydney’s shooters made their last charge with a 9-2 run, to take the lead with just over a minute to play to take the lead in front of a loud Kings fanbase. A final nail in the coffin by Ware was hammered down with 30 seconds left scoring his 40th and final point of last night’s historic effort by the import.

Two last free throws by Daniel Kickert cemented a hard-fought win for the Sydney Kings, as the hosts concluded the night five-point victors to tie up fourth position on the NBL ladder next to the Illawarra Hawks.

The Kings may not have shot the ball as well as the Taipans (43 per cent compared to Cairns’ 46 per cent), but certainly made up for it in free throws and from shots behind the arc with Sydney shooting 11 threes at a 35 per cent success rate and making 16 of their 18 free throw attempts. Meanwhile, the Taipans earned successes in assists (18-11), points in the paint (36-32) and points off the bench (21-18) despite the loss.

Being the first Kings player since 2004 to score 40 points in a game and accumulating a career-high, Ware maintained a good efficiency of 57 per cent from the field (15-26) and piled it on from deep with seven triples. He also added three assists and a pair rebounds to his efforts. Jordan Hunter helped the team in rebounds with four points and seven boards, while Louzada showed some excellent form with 11 points and eight rebounds of his own. Vodanovich was big off the bench with nine points and five rebounds too, keeping his impressive season going.

Mammoth stat lines continued to follow Cairns’ Oliver with the forward racking up 27 points and 19 rebounds. Furthermore, Machado produced 14 points and five assists as he could not provide any answers for Ware on the defensive end, whereas Ngatai had one of his better performances of the campaign with the New Zealander impressing his coach with 14 points.

Sydney is looking to consolidate their spot in the top four when they suit up against the South East Melbourne Phoenix this Thursday and it will be a battle of the bottom two NBL teams the following day, when the New Zealand Breakers take on a visiting Taipans outfit Friday night to get Round 15 action underway.