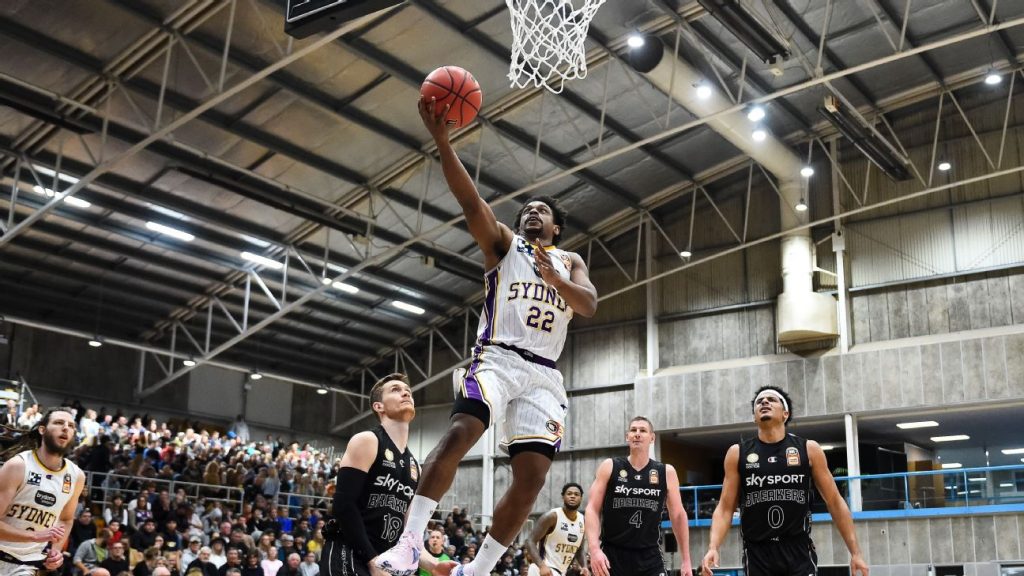 SYDNEY Kings have kept themselves in contention for a playoffs spot after coming good in the final term to overrun the New Zealand Breakers in the National Basketball League (NBL) contest last night. Locking horns at TSB Stadium, the Kings found themselves trailing for the majority of the night, before piling on 25 points to 15 in the last term to secure the five-point victory, 81-76.

Aside from a brief moment in the third term, the Kings trailed the Breakers from early in the first term until midway through the last quarter, with the home team having all the momentum. Though the Breakers did hold the lead, it never got beyond single-digits as the Kings kept in touch and as it happened, within striking distance. The visitors did not strike until the final term, trailing by five points at the last change, then won the final term by 10 points to turn that deficit into a final winning margin.

Sydney Kings coach Adam Forde said he was pleased his side remained in the hunt for playoffs, but could not stop now with some tough games against the finals-bound teams in the last two weeks.

“It is almost like boss levels,” he said. “These guys are tough, I can’t emphasise that enough. We split here, that is the first level. “The next weekend we play Perth in Perth, and then we host Melbourne 48 hours later. In the last round, we play Brisbane and Illawarra, who are in the same position that we are. The best thing is that it’s on us, we can’t blame anyone else … win or lose, it is solely on us.”

Whilst Sydney have the break before taking on those top two sides, the Breakers host another game, playing Adelaide 36ers at Christchurch Arena on Tuesday.