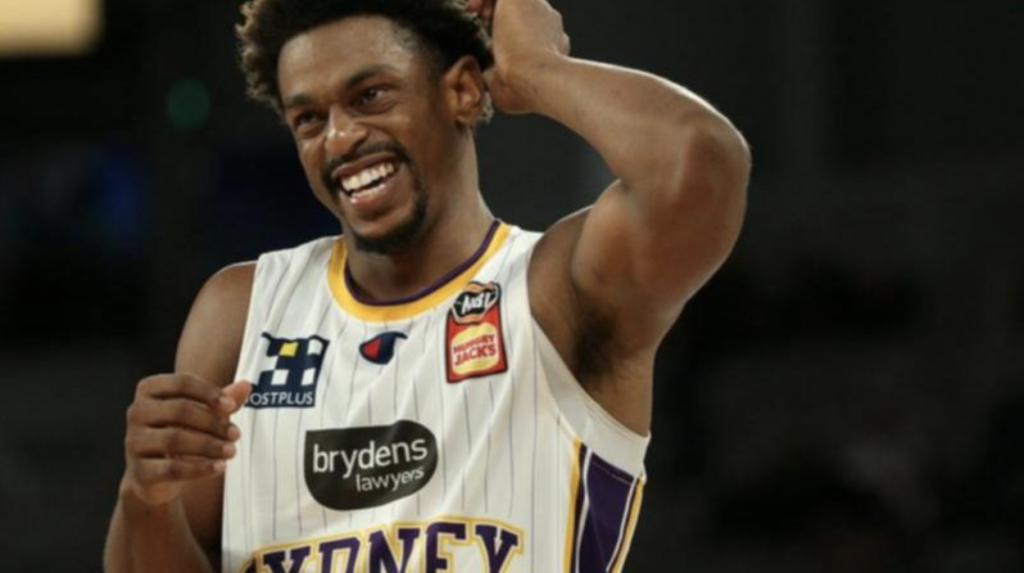 THE final game of the Brisbane Bullets’ impressive NBL Cup run has ended in disappointment for the Queensland side, after going down 108-119 to the Sydney Kings and relinquishing the mid-season tournament to the Perth Wildcats as a result. A picture-perfect 71-point second half by the Kings and a new franchise record for points in a 40-minute game, was the main proponent for Sydney’s win last night, which now sees their record improve to seven wins and eight losses – a single win from a top four position.

After suffering their biggest loss and lowest points total in the game against the Illawarra Hawks during their last outing, Sydney looked to hit the ground running leading 10-5 in the opening few minutes. Although the Kings were able to initially put their noses in front, Nathan Sobey and Orlando Johnson were integral in kick-starting the Bullets’ night, as they were looking to extend their exemplary form during the NBL Cup.

Sobey and Anthony Drmic would combine for 14 of Brisbane’s 24 points in the first, snagging the minimal 24-23 lead after the first 10 minutes and finishing the period on a 6-0 run, while Brad Newley led the Kings in scoring after one with five points.

Following a quiet opening quarter, Jarell Martin started to have an impact on proceedings with the Kings’ import forward scoring six of the team’s first eight points in the second, but Brisbane would pull away first, pushing out to a seven-point lead as Adam Forde tried to motivate his roster. However, the Kings’ foul trouble facilitated a double-digit lead for the Bullets, but some late pressing and points off of turnovers by Sydney pulled the deficit back to eight points at half time.

Brisbane’s lead was a by-product of their 48 per cent shooting through two terms and the 12 personal fouls they forced from Sydney allowed the team to capitalise on their 10 free throws from 13 attempts, meanwhile the Kings had shot just a single free throw from the line.

Sydney flipped the script in the third with their best single-quarter scoring performance to date this season, as the Kings outscored the Bullets 38-24. Nevertheless, it was Drmic who scored a triple on the buzzer which signalled a possible dash to the finish line in the fourth involving both squads.

As the shots kept falling for both sides up until the conclusion of the game, Sydney did a tremendous job of keeping the Bullets at an arm’s distance. Ultimately, adding five more points to the final margin of victory, leaving Melbourne with an 11-point win and some momentum to utilise for the remainder of the season.

Shooting efficiency increased substantially for Sydney in the latter two quarters, raising their shooting percentage to 54 per cent, whereas Brisbane’s would drop down to 45 per cent. The Kings’ 54 points in the paint was also highly pivotal to the outcome of last night, as was their 14 extra points off the back of turnovers forced.

Bouncing back from an average performance last time out, Casper Ware made amends with 25 points, 10 assists and four rebounds in what was safe to say a complete game. Martin also reminded onlookers what he was capable of with 21 points in 21 minutes, also adding three rebounds despite finding early foul trouble. Four other Kings reached double digits with Craig Moller putting up 15, Jordan Hunter and Thomas Vodanovich contributing 13 points apiece and Shaun Bruce ending with 11.

Both Sobey and Vic Law (23 points and nine rebounds) had good nights overall, but Sobey was phenomenal by a mile leaving the floor with 35 points, six assists and four rebounds off of six three pointers in 35 minutes of action. Matthew Hodgson had a decent night off the bench with 12 points and nine rebounds, while Drmic put up 11 points. Competing in his 200th consecutive game spanning back to his debut 2011/12 season with the Gold Coast Blaze, Jason Cadee accumulated 11 points and six assists.

With both rosters concluding their NBL Cup runs, Sydney will head home to Qudos Bank Arena to host Melbourne United opening up Round 10 in what is always an entertaining matchup. For Brisbane, they will suit up the following night to host the New Zealand Breakers.