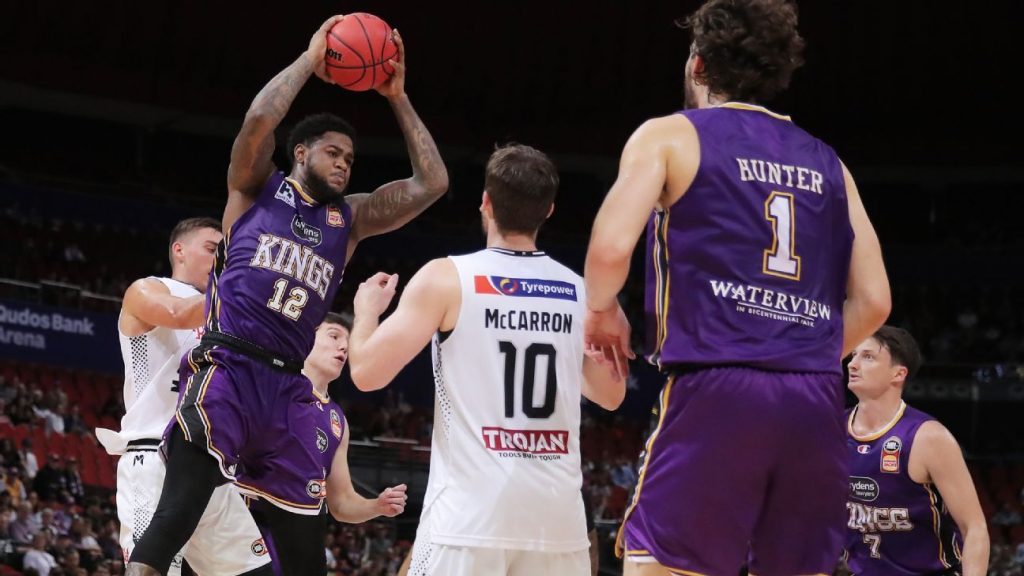 SYDNEY Kings have made a statement to the rest of the National Basketball League (NBL) with a huge 28-point victory over ladder leaders Melbourne United who slumped to their fourth straight loss. The defeat left United in second spot due to having one more loss than Perth Wildcats (10-5 to 9-4), whilst the Kings levelled their season tally from 16 games at 8-8. It was one-sided all night with the home team enjoying the fact they returned to Qudos Bank Arena to win 103-75 on Friday night.

The Kings started strongly to lead by four points at the first break, then completely dominated the second term to effectively end the contest, slamming home 35 points to 18, for a dominant 60-39 advantage at half-time. Whilst United needed a big third term, it was the Kings who came out and kept the foot on the throttle, dominating the third term with a 27-19 quarter to extend the lead out to 29 points with a quarter to play. With the game done and dusted, Melbourne did run out the final term to win it by a point, but it meant little in the end, going down by 28 points.

Sydney had an even contribution across the board with five players registering double-figure points on the night, and all the starters contributing evenly. Jordan Hunter topped the team with 18 points, shooting at 61 per cent, as well as five rebounds, whilst Jarrell Martin managed 15 points – at 63 per cent – six rebounds, two assists, one steal and one block. Didi Louzada (14 points, three rebounds, three assists, two steals and one block), Casper Ware (13 points, five rebounds, six assists and one steal) and Dejan Vasiljevic (11 points, three rebounds, two assists and one steal) also stood up well for the match.

The dominant performance meant the Kings were able to rotate all their bench players on for significant minutes, which allowed 32 of their points to come from the rotation. Craig Moller scored nine points and had six assists and six rebounds in 19 minutes, while Tom Vodanovich (eight points, two rebounds, three steals and one block) and Shaun Bruce (seven points, two rebounds and four assists) were all big contributors in the victory.

For United, Jock Landale did all he could in the defeat, knocking down 18 points, seven rebounds, two assists and one steal, while Mitch McCarron had the 17 points, four rebounds and three steals. Shea Ili also tried hard off the boards with seven rebounds to go with 12 points, whilst Mason Peatling impacted in 15 minutes off the bench, providing 10 points, six rebounds and one assist. Sam Short (eight points, five rebounds and one assist) and Yudai Baba (seven points, one rebound and two assists) were others to hold their heads high in the loss.

Melbourne United will hope to snap their poor form of late when they return home to John Cain Arena to face the Illawarra Hawks, while Sydney Kings host Cairns Taipans on the same day – Sunday – remaining at Qudos Bank Arena.