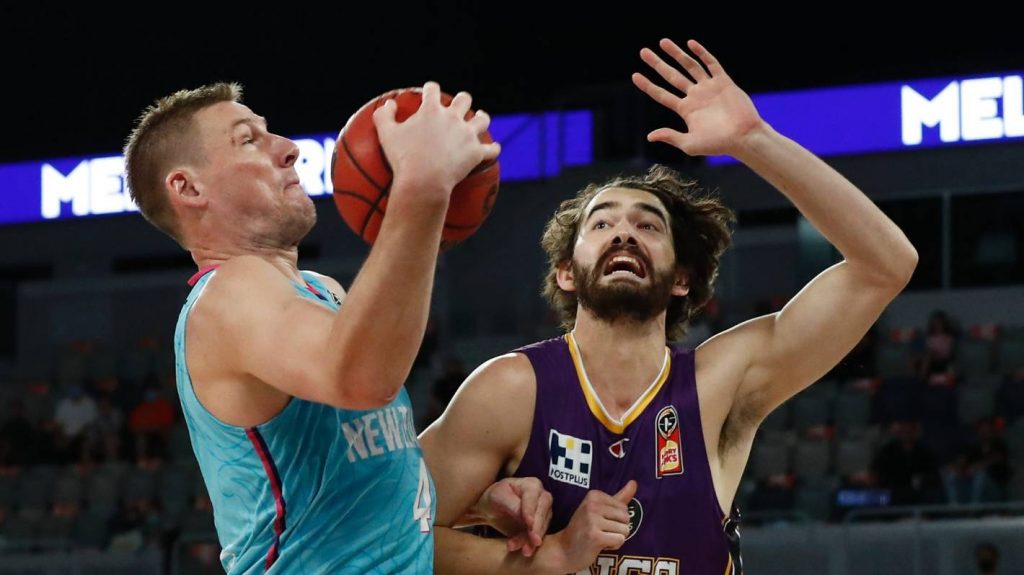 THE Round 7 opener of the National Basketball League (NBL) between Sydney Kings and New Zealand Breakers was fairly clean cut with the former surging to an 18-point win, 96-78. The Kings wrestled back full momentum after going down in the opening term and from there did not look like letting up, constantly pressing and exploiting their opponents weaknesses with the win rocketing them into fourth spot on the ladder.

Hoping to secure their second win of the season the Breakers came out with a point to prove in the first quarter putting in the hard yards and attacking the rim to outscore their opponents 30-20. The second term however was a complete obliteration as the Kings simply could not be denied piling on a whopping 26 points to six. Sydney stopped the Breakers in their tracks, halting any of their attacking plays and cutting through their defence with ease to steal the lead and claim the ascendancy heading into the break.

The playing field evened up in the third quarter as both teams wrestled for momentum and settled into the game after two fiery quarters of basketball. Boasting a 10-point lead the Kings were eager to extend their buffer and create some much needed separation getting out to as much as 18 points ahead before the Breakers chiselled down the margin to 13. A strong finish from the Kings gifted them their fifth win of the season posting 28 points to 23 and holding off a fast-starting New Zealand outfit. While they have struggled to secure back-to-back victories the Kings are building some strong momentum to mount an exciting campaign.

Sydney made the most of their opportunities sitting at 50 per cent from the field while the Breakers failed to fire on all cylinders converting at 45 per cent. In terms of dominance from inside two-point range, the Kings definitely had the upper hand nailing 30 of their 48 shots at 62 per cent as opposed to New Zealand who managed 25 from 46 at 54 per cent. The Breakers flexed their muscles from down town converting eight triples at 29 per cent with the Kings sinking five from 23, with the only other stat the trans-Tasman side leading – blocks – recording four to zip. The Kings impressed off the boards reeling in 10 more than the Breakers (44-34), while also showcasing their skillset to share the rock around with 21 dimes to nine. The victors collected seven steals to five and also registered less turnovers than New Zealand (8-12).

Jordan Hunter came to play, leading the way for the Kings and topscoring with 24 points despite only being on court for 19 minutes. hunter oozed nothing but accuracy and class not missing a single shot from the field to boast a 100 per cent accuracy while Dejan Vasilijevic dominated. The guard impressed in all facets of the game knocking back 20 points and 10 rebounds to secure a double-double with eight of those rebounds defensive. Casper Ware was his usual self, bobbing up with a handy 19 points, four rebounds and six assists, with Craig Moller the only other player to reach double-figures thanks to his 11 points. He also managed six rebounds and three assists.

For the Breakers it is no surprise that Corey Webster reigned supreme producing a team-high 24 points but could have had more given his inaccuracy sitting at 47 per cent from the field. His brother, Tai Webster was the next closest with 18 points while he also picked up four rebounds, five assists and three steals. Captain Tom Abercrombie managed nine points, four rebounds and an assist in the loss while Colton Iverson slotted eight points at 100 per cent to accompany his six rebounds.