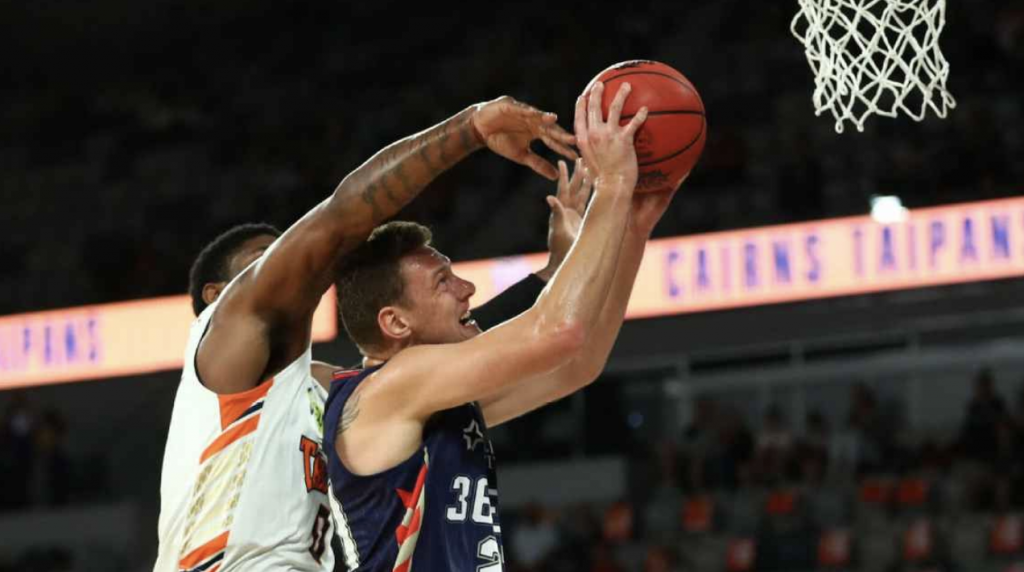 CAIRNS’ unremarkable season continued to roll along after their 71-81 loss against the Adelaide 36ers in Saturday’s NBL Cup matchup. Although the win for Adelaide has now signified a possible spark in the 36ers’ locker room, as they now sit one victory away from a .500 win-loss record and a possible top four position on the ladder.

Two threes at the tail-end of the first quarter by Mojave King handed the Taipans the two-point lead after 10 minutes. But, with both sides evenly balanced in the early stages of the contest, each side needed to find urgent solutions if they were going to assume control of the game going into the second half.

As King started to find his stroke from deep nailing his third triple, Mirko Djeric was also proving to be effective on the offensive end alongside Fabijan Krslovic. For Adelaide, the only performance worth mentioning in the opening two quarters was the one shown by Daniel Johnson, who had himself 16 points and seven rebounds throughout 16 and a half minutes of play heading into the main break.

The half-time score line would sit at 41-38 with Adelaide holding the slight lead, despite shooting less efficiently than their opponents. However, the 36ers’ 22 points in the paint and 17 rebounds were proving to be the team’s keys to success at the midway stage.

Yesterday’s stalemate continued further with both teams splitting the third quarter down the middle, as each side scored 18 points in the period. But, reassuringly for Cairns both Scott Machado and Cameron Oliver started to put their name up on the scoreboard.

Nevertheless, Jack McVeigh would join Johnson in the double-digit club helping Adelaide get some important momentum towards the end of the game. Following Sunday Dech’s three with just under eight minutes left, the 36ers had themselves a commanding eight-point lead.

Adelaide’s fourth quarter dominance was further displayed, holding the Taipans to a measly 15 points in the final 10-minute span. As a result, Conner Henry’s men were able to walk away with a much-needed win by 10 points.

The 36ers maintained a high standard of shooting across all four quarters finishing with a success rate of 44 per cent from the field and making their free throws count when the opportunities were there, going 16 of 18 from the charity strike. Disappointingly for Cairns, it was taking care of the rock that proved to be their biggest downfall of the afternoon. The Taipans would turn the ball over 14 times, whereas the 36ers limited their turnovers to a less severe 11.

It was once again Johnson that was able to provide the majority of Adelaide’s points, accumulating an impressive 30 points and nine rebounds, adding yet another game to his ever-growing list of memorable appearances. McVeigh would finish with a solid 14 points and three rebounds, while Josh Giddey concluded his day with 10 points, eight assists and six rebounds.

Nine out of 11 individuals scored for the Taipans, but with Krslovic leading Cairns in scoring with 12 points, it was always going to be an uphill battle for Mike Kelly and his roster. Perhaps the main headline, however, was the neutralisation by Adelaide in containing All-NBL First Team selectees Machado and Oliver. With the two stars combining for just 17 points, it summed up the Taipans night, as they failed to generate any substantial offence during the game.

Cairns opens up Round Nine on Wednesday when they take on the New Zealand Breakers, who are fresh off a narrow defeat to Melbourne United. But on the flip side, perhaps Adelaide can make a return to their early season form when they meet with the Brisbane Bullets a day later with a chance to record their eighth win of the campaign.