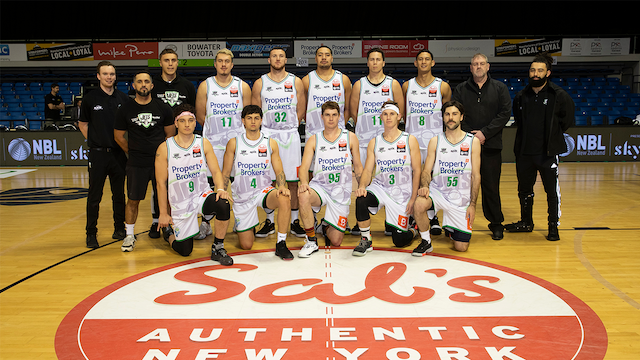 WITH six losses in a row it looked like the Canterbury Rams were going to break their losing streak after holding an 11-point lead in the final quarter, but an almighty comeback in the dying minute of the game saw Manawatu Jets run out three-point victors (101-98). It was a see-sawing affair as neither side could really consolidate on their chances as the last placed Rams proved that they were no easy beats showcasing their drive across the court and defensive pressure to ensure that the Jets had no easy passage to the basket.

It did not take long for the Jets to hit the scoreboard with Nelson Kirksey striking first and setting the tone for Manawatu. Jayden Bezzant got off to a hot start, leading the way with his speed and impressive ball-handling skills while Tom Vodanovich secured the first four-point play of the season thanks to an impressive three and conversion from the charity line. Only a couple of points separated the sides throughout the opening quarter with each team trying to find their rhythm both in attack and defence. Inaccuracy seemed to plague both the Jets and the Rams with neither side able to capitalise on their opportunities at the rim.

Making his way onto the court for the first time this season Reuben Te Rangi sank a triple and had an immediate impact for the Rams shaking off the cobwebs and showcasing his composure with ball in hand to even the ledger. Within a minute, Te Rangi managed to add six points to the Rams’ tally and snatch the lead off the Jets proving just how much of an impact he can have on court. Unable to find any continuity in their gameplay credit to the immense defensive pressure, the lead continued to chop and change before the Jets applied some scoreboard pressure thanks to Taane Samuel and Kirksey who helped open up a four-point lead heading into the first break.

Despite holding a four-point lead at the break the Jets simply could not generate enough flow or rhythm in attack to continue to add to the scoreboard, while the Rams also looked out of sorts. Both sides fell into foul trouble making for a very scrappy couple of minutes of play as the teams settled into their line-ups. In the end it was Quintin Bailey that got things flowing for the Rams, finding his stroke both from inside the paint and on the perimeter, steadily eating into the margin. Bailey started to generate plenty of ball and opportunities for his side to mount a comeback taking a huge offensive rebound.

Jack Exeter also piped up in the second term to get some points on the board and cut the deficit to two points. The Rams refused to go away with Bailey leading the way with his constant drive to the rim and an increased defensive pressure from the Rams saw the Jets start to falter. With the Rams throwing everything they had at the Jets it was Bezzant that once again that stepped up to the plate doing a mountain load of work while Vodanovich also got busy with seven rebounds before half time. The ball ping ponged up and down the court before the Rams put their foot down to pile on nine consecutive points and take a four point lead thanks to Bailey slamming home five points in less than 20 seconds. He finished with 12 points to his name, while Bezzant managed 17 points in the half.

Down at half-time, the Jets rallied to level scores once again with big man Vodanovich terrorising the opposition with 11 points and eight rebounds with a half of basketball to go. After struggling for accuracy in the opening half both the Jets and Rams seemed to find their rhythm with the game turning into a three point showdown with Bailey and Vodanovich going blow for blow from beyond the arc. Increased defensive pressure from the Jets forced a shot clock violation gifting them with another chance to reduce the margin while Bezzant upped the ante with his speed down court to once again reclaim the lead for Manawatu.

With a tick over seven minutes left in the term, Bailey delivered again as it was proving to be a stats stuffing affair with 19 points to his name. Ashton McQueen injected himself into the game with a timely three for the Jets as the lead continued to ebb and flow. With victory insight Bailey imposed himself again with a huge steal, as the Rams started to find their rhythm and pull away opening up a five point lead. But back to back treys from Vodanovich and an increased intensity saw the Jets right back in it while their improved ball movement also allowed them to generate more scoring opportunities. The physicality kicked up a notch with bodies hitting the deck but it was the Rams that answered the call first with Thomas Webley and Taylor Britt applying scoreboard pressure. Despite a scrappy 30 seconds of play Canterbury showcased their hunger with Britt hustling hard and coming up big to hit a triple and gift his side an 11 point lead. Heading into the final change Britt has 25 points to his name while Webley recorded 14.

With the game on the line the Rams seemed to be in full control, composed with ball in hand and happy to play possession as the clock ticked down however the Jets had something different in mind going on a scoring rampage. The Rams became stagnant in attack as the Jets looked to exploit the young Canterbury side and hunt down any opportunity they could to eat into the margin. Vodanovich got himself into some foul trouble, recording his fourth for the evening while Bezzant got busy once again using his change of speed to hit the scoreboard. With the lead down to nine points the Rams refused to give in playing with no fear and attacking at every opportunity but it was the experience of Samuel at the line and Bezzant across the court that hurt them the most as the duo went into overdrive. With a minute left in the game Vodanovich hit his fifth three of the game to steal the lead back for the Jets and with a huge rebound to follow Kirksey converted the triple to give them some breathing space. Not down and out yet Sam Smith sunk a triple to cut the margin to one and give his side a fighting shot but it was little too late with the Samuel putting the final nail in the coffin.

Britt starred for the Rams with 25 points, nine assists and seven rebounds while Bailey had a night out with 28 points and 10 rebounds to record a double-double. Webley also had a strong showing with 15 points while Te Rangi was the only other player to hit double digits with 10 points. Bezzant top scored for the Jets with 27 points and four assists, as Vodanovich also plied his trade with 23 points and 13 rebounds. Samuel’s efforts did not go unnoticed finishing with 20 points and 19 rebounds.

Canterbury take to the court again tonight to try and break a seven-game losing streak up against Otago Nuggets, while the Jets have a bit of a rest until Sunday when they aim to fly high against top of the table Taranaki Mountainairs.