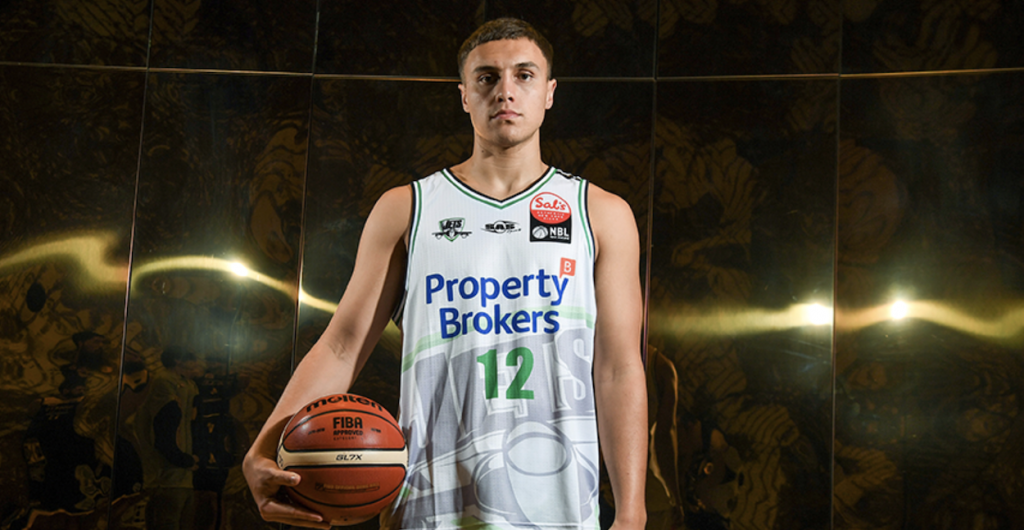 MANAWATU Jets powered on in the final term of their 2020 Sal’s National Basketball League (NBL) Showdown contest with Taranaki Mountainairs to record a memorable 15-point win over the top of the table side. It was no surprise that the two highest scoring sides went toe-for-toe and surpassed the ton, with 11 individual scorers reaching double-figure totals. Leading the way was Hyrum Harris who returned to the court following injury, and the star made an impact with his first game back, producing a jaw-dropping triple-double in the victory.

It did not take long for the first and fourth placed sides to get going as Mr Double Double (Marcel Jones) dropped a jump shot and then was immediately countered by an Ashton McQueen bucket off a Harris assist. Whilst Harris looked a little rusty in his return game early – with a turnover and missed layup in the opening couple of minutes – it was good to have the Jets talent back on court. In the meantime though, Tai Wynyard and then Derone Raukawa skipped the ladder-leading Airs out to a lead with Raukawa’s triple and then one of two free throws handing the hairs an early 8-2 lead.

Harris scored his first basket of the contest with a nice layup four minutes in, and despite the Jets clawing to within three points, Taranaki got some air on its opposition with a couple of Jones free throws and a Mitchell Dance jump shot. Harris returned from a brief stint on the bench to immediately be a worry for the opposition, fouled off attempting a triple. He did not hurt the Airs as much as he could have, sinking just the one of three from the charity stripe. Nelson Kirksey soon drew his side within four, but that was matched by Jones dropping another triple 10 seconds later.

When Jones landed a handy hookshot with 93 seconds left on the clock in the first term, the Airs led by seven points. Then a quick flurry of points, including a Haize Walker layup in the final 10 seconds resulted in the Jets cutting the deficit to three points at the first break.

That three-point deficit was eroded in the first minute as a Harris jump shot from long-range levelled the scores. Wynyard found Shane Temara for a memorable Airs dunk in response, as Taranaki was forcing fouls off the opposition. Ken Tuffin scored his first points of the match a few minutes into the second term, as the Airs built a handy seven-point buffer with six minutes to play. Then the Jets came hard. Kirksey in particular decided enough was enough, dropping five points as his side scored 10 of the next 12 points.

Surprisingly, high volume scorer Tom Vodanovich only put up his first points of the contest with three and a half minutes left in the first half, while Raukawa was already cooking in what was building to be another sensational performance. The momentum had turned in the meantime with the Jets up by one following a pair of Jones free throws to cut the deficit back, only for the Jets to sink 14 of the next 20 points – including four triples – to blow out the margin to nine with a minute to play. Raukawa got a crucial long-range shot to drop to cut the half-time deficit to six, but the jets were here to play.

Both teams were going to hang around in the second half as they traded blows early with Harris and Taane Samuel putting up five consecutive points for the Jets to lead by nine just 90 seconds into the contest. It would be the Airs turn to go on a scoring rampage though, shooting the next 14 points, including five to Jones, four to Raukawa and a triple to Tuffin, for Taranaki to again regain control. A Jayden Bezzant steal off Tuffin proved crucial though, as he and Samuel scored six of the next eight points to pull within a point midway through the term.

After Jones completed a couple of free throws, Vodanovich tied the game with a triple off a Harris assist, and then despite Wynyard momentarily regaining the lead for the Airs, the Jets sank back-to-back baskets through Samuel and Harris. The long-range shooting of the Jets was proving the difference with Manawatu maintaining a small lead over Taranaki heading into the final break. Jones was still being a nuisance for the Jets, regularly set to the charity stripe and with 48 seconds to go, he drew his team within one. But the Jets scored the final four points of the game to head into the last term with a 85-80 lead and the stage was set for a thrilling finish.

Denhym Brooks was quick to drop a triple for the Airs and draw within two points in the opening minute of the game, but the Airs had the answers with McQueen and Vodanovich again extending the lead out to eight points a minute later. Each time Taranaki would draw closer, a Jets player – such as Kirksey – would drain a triple and undo the hard work the Airs had put together. Manawatu leader Tia Temata-Frost scored his basket at a crucial junction to go seven points clear, and soon Kirksey had another triple and the lead was into double-digits.

Back-to-back triples from the Jets thanks to Vodanovich and McQueen meant the Airs’ back-to-back two-pointers were not only countered but built upon, and when Vodanovich drained another long-range bomb with just over four minutes remaining in the contest, the lead was out to 13 points. Harris and Samuel all but sealed the game in the next minute with a combined five points buffering the advantage to 18, before a couple of free throws to Francis Mulvihill brought the Airs to the century with just under three minutes to play.

Mitchell Dance scored three of the last five points of the game, but it would not be enough as the Jets secured the 118-103 victory courtesy of a strong final term. In terms of team stats, the Jets shot at a much higher 67 to 52 per cent from the field, and drained 15 triples to seven – a third of their long-range shots going in. The Airs work from the charity stripe kept them in the contest (86 per cent accuracy), but the Jets scored 17 points to 11 from turnovers, and made good with 18-11 second chance opportunities. In particularly, scoring 31 points from 18 off the bench was impressive, though both teams only had the 11 turnovers each in what was a high quality game by two genuine Sal’s NBL Showdown contenders.

Harris was voted best-on in the Most Valuable Player (MVP) Award thanks to his remarkable triple-double of 24 points, 10 rebounds, 10 assists and two blocks, leading the way for the Jets. He was one of six players to notch up double-figure points with Samuel (22 points, four rebounds, four assists and two steals) and Kirksey (19 points, four rebounds, four assists and one steal) both having plenty of it. Vodanovich was by his standards quiet but still amassed the 17 points and six rebounds, while McQueen and Bezzant both had 12 points and three rebounds in the win.

For the Airs, Raukawa and Jones were the standout players. Raukawa helped himself to a double-double of 29 points, 10 assists, five rebounds and two steals, while Jones picked up 24 points and 10 rebounds. Temara also achieved a double-double with 13 points, 10 rebounds and two assists, while Tuffin was the other starter to record double-figure points with 11. Dance’s last three points of the game saw him too notch into double-figure points with an identical 11.

Heading into the final week, the now second-placed Jets take on Franklin Bulls on Tuesday, before matches against Otago Nuggets and Auckland Huskies to play the four other top five teams in consecutive matches to end the regular season. The Airs meet Nelson Giants on Wednesday before a clash with the Bulls on Thursday the last encounter ahead of finals, having the most break of any side ahead of the post-season series tipping off on Tuesday week.