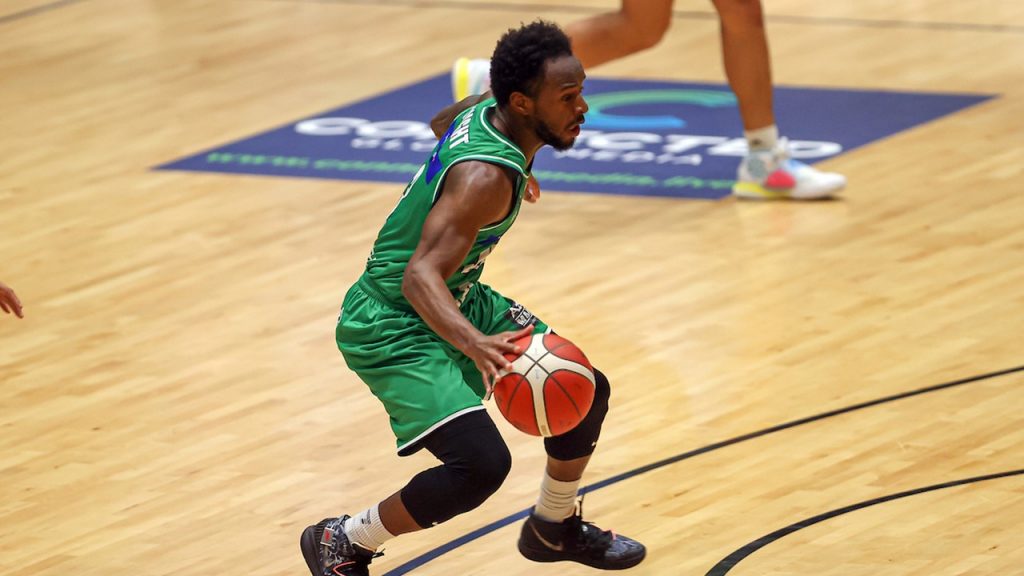 MANAWATU Jets are on the board in the 2021 New Zealand National Basketball League (NZNBL) season after downing Taranaki Mountainairs by eight points, while Southland Sharks took advantage of a weary Nelson Giants outfit to post a nine-point victory in the other game last night. In two exciting contests, both results were determined in very different ways, with the Jets storming home in the last term, whilst the Sharks held on despite a dominant final quarter from the Giants.

The Jets lead at quarter time by four points over the Airs, before Taranaki hit back with a dominant 29-19 second term to grab the advantage by six points at the main break. Manawatu clawed its way back to a four-point deficit at the final break, before a 19-7 final term resulted in the Jets’ defence standing up and helping the home fans leave pleased with a 85-77 victory.

Daishon Knight top-scored with 20 points, four assists and three rebounds, as Deandre Daniels managed the 16 points, six rebounds, two steals and two blocks. All eyes were on developing talent Jake McKinlay however, as the 20-year-old knocked down 15 points – three of six from long-range – and picked up a whopping seven steals, seven rebounds and two assists in the process. Jayden Bezzant (11 points, four rebounds) and Nikau McCullough (nine points, four rebounds and two assists) were the other scorers for the Jets.

Southland Sharks did all their best work in the first three quarters, taking control of play particularly in the middle two quarters to set up the nine-point win over Nelson Giants. The Sharks lead by two points at quarter time, but a 30-20 second term blew that lead right out to 12 by half-time. Another dominant showing of 29-18 in the third stanza meant the difference was an unassailable 23-point advantage, before the Giants hit back with a 28-14 final term to add some consolation points and cut the final deficit to nine, 101-92.

The Sharks were the more accurate shooters from teh field, primarily 54 per cent from two-point range compared to the Giants’ 43 per cent. The stats were almost identical across the board, with the Sharks having one more rebound (38-37), and the Giants having one more steal (9-8) and block (4-3), whilst the assists were tied at 21-apiece. It was in the paint where the Sharks took control, scoring 44 points to 22, the ultimate difference in the game. The Giants scored almost half of their points off the bench with 45-13 thanks to rotations.

In the upcoming matches, Nelson Giants host Hawkes Bay Hawks and Taranaki Mountainairs lock horns with Southland Sharks both on Saturday, while the Manawatu Jets host the Sharks on Sunday evening.