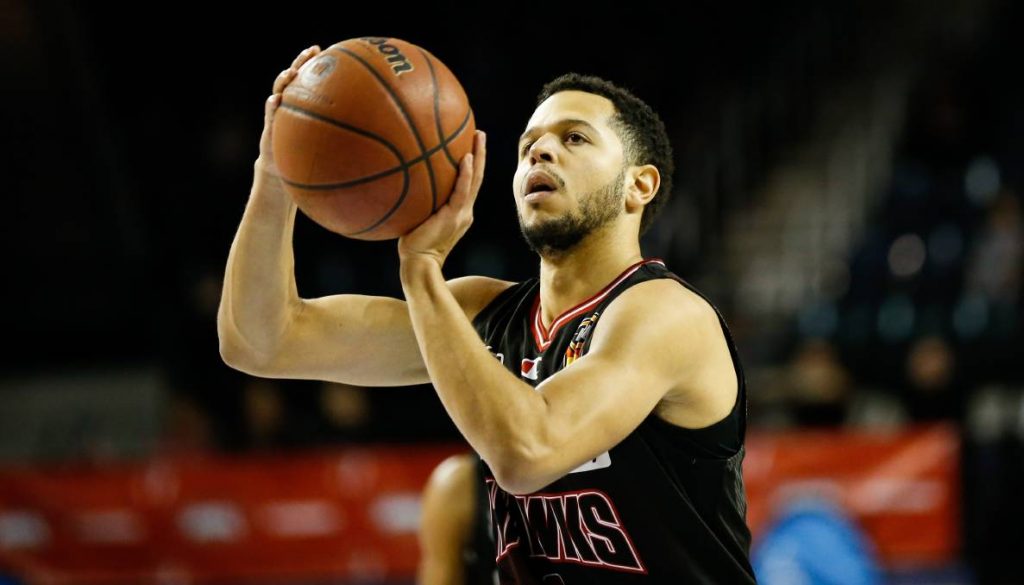 WITH the National Basketball League (NBL) season done and dusted we take a look at the performance of each team and how they fared in season 2021. The next team under the microscope is Illawarra Hawks who had a season to remember.

After a disappointing 2020 campaign the Hawks came out with a point to prove and they did just that. Glued to the bottom of the ladder last year the Hawks rose up the rankings this season and did not skip a beat from the get-go. With a smattering of new players across the court it did not take long for the Hawks to find their groove and inflict some pain with their ability to attack the rim.

With Brian Goorjian at the helm the Hawks had more of a defensive-minded focus which allowed them to steadily creep their way up the ladder. Their hot form early in the season gifted them the upper hand and while they dropped a couple of crucial games here and there, their improved level of consistency gave them an edge which propelled them into finals.

Only winning a mere five games last season the Hawks completely flipped the script this season recording 20 wins and 16 losses as they skyrocketed up the ladder. The new and improved Hawks wasted no time getting their first win on the board and kept that momentum well and truly rolling for the first four games. They suffered back-to-back loss to the two Melbourne sides before returning to their winning ways and continuing their rise up the ladder. A couple of losses midway through the season looked to derail their campaign but that was not to be as the Hawks dug deep.

Illawarra managed to secure third spot on the ladder thanks to a five-game winning streak to round out the season. Already an improved effort from the previous season the Hawks had their opportunity to play finals and gave fans plenty to cheer about when they won Game 1 of the series but eventually fell short against back-to-back reigning premiers Perth Wildcats. Although the Hawks were unable to make it to the grand final there was plenty to be happy with as they walked away from the season having discovered a couple of dynamos and a winning mentality.

There is no denying that the pick-up of Tyler Harvey and Justinian Jessup was exactly what the doctor ordered. The two were influential for the Hawks with their ability to carve up the opposition. Harvey broke records registering the highest number of three-pointers in a season with 114 to his name, while his average of 20.4 points per game put him in good stead. Jessup was also a menace averaging 13.26 points per game to accompany his 3.69 rebounds, 1.83 assists and 1.11 steals.

The addition and work rate of Justin Simon also worked in the favour of the Hawks with the guard leading the way in defence, so much so he was awarded the Defensive Player of the Year award at the club. Simon imposed himself and his seven-foot wingspan to rack up an average of almost two steals a game with his season total of 67.

Offensively the Hawks struggled to generate a lot of scoring power only managing 82 points per game, the fourth lowest in the competition. Although they had the likes of Harvey and Jessup at their disposal it was the lack of other scorers that came back to bite them and allowed other teams to heap on the pressure. Untimely injuries to a couple of their key cogs in Harvey and of course Cam Bairstow also put a bump in the road for the Hawks as they were unable to retain the same momentum they had at the start of the year.

It was an impressive season for Harvey who stepped up to the plate time and time again for the Hawks. His efforts did not go unnoticed and rightly so as he took home the MVP award given his proficiency on the scoreboard. He was in just about everything for Illawarra and was a real driving force with his ability to convert from outside the arc one of the focal points in his game.

The Hawks have signed on a couple of up and coming players for next season but will be hoping to retain the services of a couple of key cogs in Simon and Harvey to go one step further in season 2021/22. The players who have already committed to the club are Akoldah Gak, Daniel Grida, Emmett Naar, Jessup, Max Darling and Sam Froling. Jessup has been huge since joining the club while Froling has developed at a rate of knots making him an exciting player to keep on the roster given he averages 11.53 points, 7.06 rebounds, 1.53 assists and 1.28 blocks per game.

Having retained a core group of players the Hawks are gearing up for another blockbuster season. With the right building blocks and a solid game plan as shown throughout this campaign they will be hoping to take things one step further and push for a grand final berth. So far the Hawks have a good mix of up and coming talent and experienced heads signed on for next season putting them in good stead to compete deep into finals. If they are able to equip themselves with a couple of extra more consistent points scorers then the Hawks are going to be hard to stop.