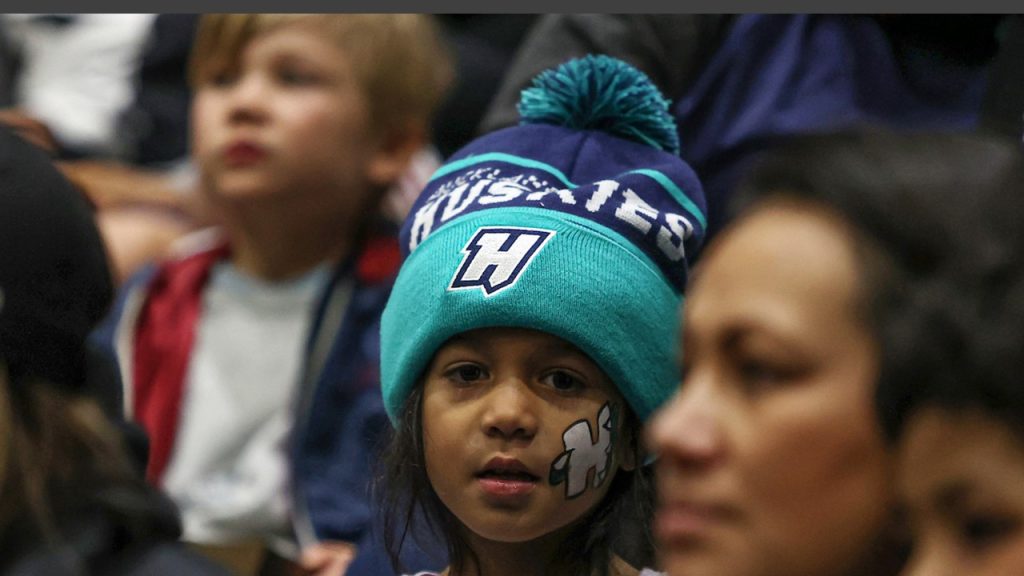 AUCKLAND Huskies have secured the last spot in the New Zealand National Basketball League (NZNBL) Final Four after producing a tough six-point victory over the last placed Taranaki Mountainairs. The Huskies needed to win to see off challengers below them, and they did just that despite missing talented stars Chris Johnson and Dontae Nance. A strong first half from the Airs had them on top for the most part, before the Huskies hit back and ran over the top of their opponents, 93-87.

Taranaki Mountainairs led by as much as 12 points midway through the second term, having led since the midpoint of the first term. At that stage, the Huskies had held a maximum of a two-point lead, and needed some momentum to come back their way. That happened in the second half of the second term, cutting that 12-point deficit back to just one at the main break.

They hit the front early in the third, and right up until midway through the final term had the advantage, pushing it out to six points at one stage. The Mountainairs hit back to take the lead and hold a three-point advantage at one stage, and it was see-sawing right until the end. By the time the final buzzer sounded, the Huskies had taken control and got the job done by six points.

Auckland led the rebounds (40-34), assists (15-14), steals (7-5) and blocks (2-1) in fairly even areas. They had four less turnovers (9-13) and capitalised more off the turnover (11 points to eight), and had more second chance points (16-14). The Airs were far from out of the contest though, shooting at a much higher clip of 57 to 46 per cent from the field, including a really impressive 65 per cent from inside the arc. They only got to the charity stripe five times for two conversions, though in the paint converted 56 points to 48.

Justin Bibbs earned Most Valuable Player (MVP) honours for the Huskies with 30 points – three of nine from long-range – six rebounds, five assists and two steals. Bibbs teamed up well with Zach Riley who had a massive game of 32 points – four of five from beyond the arc – six rebounds and four assists. Tom Vodanovich was the other player in double figures with 12 points, eight rebounds, two steals and two blocks. Brook Ruscoe-Taiaroa six points, six rebounds, three assists and two steals) and Nicholas Barrow (six points, six rebounds and two assists) also contributed off the boards.

For the Airs, Tai Wynyard was huge early, finishing with 25 points and eight rebounds in the loss, whilst Marcel Jones went about his business without missing a second of action, putting up 22 points, eight rebounds and five assists. Scott Telfer 12 points, three steals and two assists), Haize Walker (11 points, five rebounds and two assists) and Dru-Leo Leusogi-Ape (11 points, two rebounds) all hit double-figure points as well in defeat.

Auckland Huskies host Wellington Saints in the Huskies’ final game of the year next Sunday, whilst the Airs conclude their season with a home game against Nelson Giants on the same day.