Huskies claim first scalp of the season with impressive win 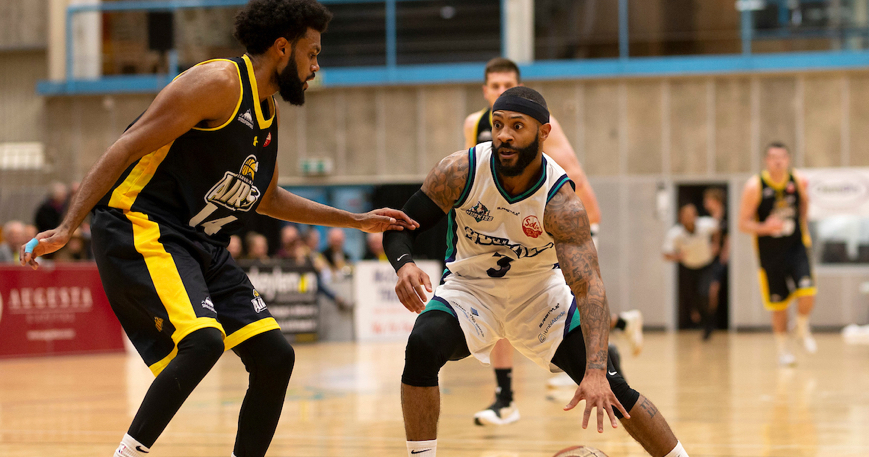 YET to register a win this season, the Auckland Huskies pulled out their bag of tricks, getting the job done against the Taranaki Mountainairs in the 2020 Sal’s National Basketball League (NBL) Showdown. With the lead getting out to as much as 20 points plus throughout the game the Huskies walked away with a 16 point victory (109-93). The Huskies were on song from the opening quarter finding their shooting stroke and making the Airs pay with their accuracy from both inside and outside the arc.

The Huskies struck first with Izayah Mauriohooho Le’afa taking no time at all to assert himself on the game, draining a three after what was a disappointing outing the game before. Mauriohoohoo Le’afa proved to not only be a real playmaker in the opening quarter but so too scoring prospect with his ability to shoot from range or dish off to teammates. For the Airs, Derone Raukawa was solid, opening the account for his side with an important shot but his efforts were quickly quashed with Mauriohoohoo Le’afa and Taine Murray draining back-to-back threes to open up a seven point lead with just over seven and a half minutes left in the term.

Despite the best efforts of the Airs, the Huskies refused to take their foot off the pedal pressing at every opportunity and most importantly converting. Marcel Jones slowly started to build into the game, finding his rhythm to basket and knocking back a crucial three to reduce the margin to 10 points. From there on the Airs seemed to wrestle some momentum back from their opponents stringing together some strong passages of play with Raukawa and Jones having a huge influence. With the margin hovering at the 10 point mark the Huskies tried to pull away pushing out it out to 11 points but the Airs did not lie down instead a Kenneth Tuffin inspired couple of minutes saw the lead diminish to five points, after sinking a huge three pointer and proving he was here to play. The intensity lifted from both sides, with neither willing to give an inch.

Despite getting within one point in the opening minute of the quarter thanks to a handy long bomb from Jones, the Huskies snaffled that pressure, denying the Airs any opportunity to go to the rim only managing a mere 16 points for the term. Auckland simply had a hand in everything, spearheaded by Mauriohooho Le’afa who was causing headaches for the Airs across the boards. Australian NBL Melbourne Boomers player Tohi Smith-Milner showcased his skill getting involved in the action to put some points on the board and establish a more commanding lead for the Huskies.

Moments later Leon Henry lent his hand to the points scoring tally with a jump shot while Mauriohooho Le’afa continued his merry way, finding the basket with ease. For the Airs, Raukawa and Jones plied their trade, working tirelessly to win ball back and apply offensive pressure but simply could not do enough to worry the Huskies who seemed in control. Tuffin and Tai Wynyard also impressed in the early stages of the quarter but were quickly overrun with the Huskies exploiting their opponents’ every weakness. Murray was a constant for Auckland with Nathan Wilson also contributing. Within a blink of an eye the Huskies were out to a commanding lead notching up 66 points at half time and shooting at 71 per cent in what was a complete turnaround from their outing on Sunday.

Holding a 22-point lead the Huskies did not look like giving up any time soon and despite both sides going toe-to-toe throughout the term did not lose their cool. Wynyard landed the first blow of the second half, converting a free throw while teammate Denhym Brooke chimed in moments later with another free throw to get back within 20 points. But it did not take long for Auckland to find their range with Smith-Milner imposing himself.

The ball bubbled about with both teams almost going goal for goal throughout the team. Despite having a wealth of the play in the mid part of the quarter the Airs simply could not convert, letting the Huskies off the hook multiple times. Efforts from Henry and Murray  did not go unnoticed for Auckland with the two getting their hands to plenty of ball but a flurry from the Mountainairs in the final five minutes of the quarter provided plenty of excitement with Taranaki dwindling the margin down to the lowest of the second half to 15.

Anamata Haku delivered the settler for the Huskies sparking his side back into attack while Wilson also got busy with less than two minutes left on the clock. Heading into the final change the Huskies held a 23-point buffer with Mauriohooho Le’afa wreaking havoc.

With their first win in sight the Huskies put pedal to the medal but it was not without pressure as the Airs worked to reduce the margin. Strong performances from the likes of Tuffin and Jones the Mountainairs seemed to find their groove in offence able to hit the scoreboard while Mitchell Dance provided a much needed spark sinking them from inside the post with confidence.

After somewhat of a quiet game Francis Mulvihill also found his stroke delivering a crucial three-pointer to get his side back within 18 points. Following in Mulvihill’s footsteps, Raukawa knocked one back from down town with the deficit standing at 15 points with five minutes to go. With the Airs coming hard, Mauriohooho Le’afa stood up to push the margin back out before Shane Temara sunk back-to-back threes to give his side a fighting chance with the deficit standing at 10 points but it was little too late with the Huskies doing enough earlier in the game to secure their inaugural win.

The scoring was shared for the Airs with Raukawa and Tuffin finishing with 19 points apiece while Raukawa dished off nine dimes for the game. Recording a double-double for his efforts Jones collected 13 rebounds to go with his 14 points with teammate Mulvihill the only other to reach double figures with 11. For the Huskies it is no surprise that Mauriohooho Le’afa took out the number top scorer with 20 points, five rebounds and seven assists.

Next best was Henry who like Jones collected a double-double finishing with 18 points and 14 rebounds but his performance was marred by an incident with Raukawa. Henry was charged with “unduly rough play” and offered a two game suspension for his actions. Three other players also hit double points with Smith-Milner registering 16 while Murray and Wilson sunk 15 apiece in a strong outing by the Huskies.