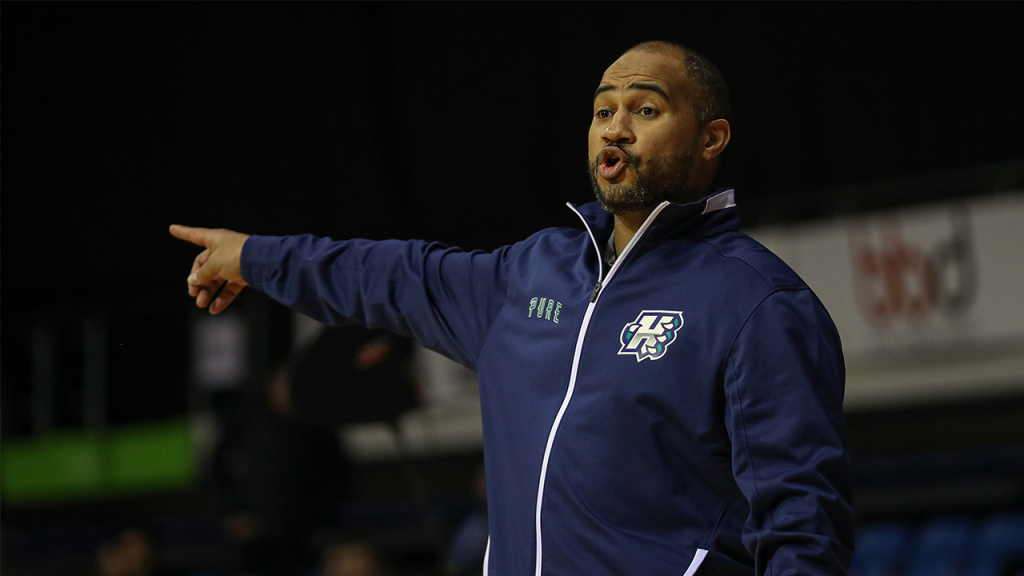 AUCKLAND Huskies produced the most efficient first quarter of the 2020 Sal’s National Basketball League (NBL) Showdown season, sinking 17 consecutive baskets without a miss on their way to 45 points in their 96-67 victory over Nelson Giants. Despite missing Taine Murray whose season ended with a broken hand in their last outing, the Huskies’ first quarter was the difference in building a staggering 32-point quarter time lead that was never really challenged.

The Huskies showed no signs of missing Murray’s valuable offence in the first quarter as they exploded for an offensive barrage of 45 points. Even more staggering was their efficiency as their first missed shot came with 1:20 left on their eighteenth shot.

If the start of the game was a sign of things to come, it never looked good for the Giants as big man Josh Leger was caught sleeping on defence, before Leon Henry lobbed it in to Tohi Smith-Milner for the finish inside to open the game’s scoring.

Reuben Fitzgerald started in the place of Murray and grabbed the opportunity with both hands hitting a corner three, on his way to 12 first quarter points.

It was clear early that Henry was looking to attack the smaller Nelson outfit in the paint which opted to start without Mike Karena or the returned Mika Vukona. Once Karena was substituted in, Smith-Milner was able to stretch him to defend the perimeter, leaving Henry unleashed with the size advantage inside.

Every starter got involved for the Huskies with a deep three from Izayah Mauriohooho Le’Afa following a Marvin Williams-Dunn triple. Nate Wilson missed the first shot of the game for Auckland, but the Huskies were even able to grab the offensive board, rubbing salt into the wound for Nelson.

A Dane Brooks air ball accurately represented the quarter for the Giants as Wilson made up for his blemish with a big transition dunk. The first quarter ended 12-45 as the Huskies shot an incredible 90 per cent, including 89 per cent from deep.

There was no real offensive determination out of the gates for Nelson as they struggled to 22 per cent shooting, recording one assist compared to Auckland’s nine. Henry led all scorers with 13.

If the Giants were any chance of making it a respectable margin, they had to respond immediately. Besides a Karena technical foul, two Brooks blocks and a Tysxun Aiolupotea three gave them that start they needed. A Jaylen Gerrand three and a Wilson and-one quickly put a stop to that as the Huskies would not let any inroads be made into their huge lead. They passed 50 points with seven minutes to go in the second quarter and managed to continue to trade baskets with Nelson having made a very comfortable lead for themselves.

Karena’s shot was not falling as it usually does while Isaac Miller-Jose was trying to match his frustrated physicality for much of the game as the match threatened to heat up at times in the second quarter.

Smith-Milner barrelled his way to the hoop to close out a dominant first half for the Huskies which saw them lead 31-62, still shooting 56 per cent from beyond the arc. Though their burning hot hand couldn’t maintain their ridiculous first quarter shooting, they still attacked the paint, scoring 18 more points inside than Nelson.

Henry and Fitzgerald did not add to their quarter time tally as Lovell and Aiolupotea led the scoring for the Giants with seven points each.

Coming out of the locker room much later than their opposition, you had to wonder what Nelson were looking to achieve in the second half. Whatever it was, Smith-Milner was not having any of it as he scored 11 points in the first three and a half minutes which included two three-pointers and an and-one.

Theo Johnson and Brooks both put up athletic finishes inside as Mauriohooho Le’Afa did what he does, knocking down a beautiful step back mid-range jumper.

Williams-Dunn and Aiolupotea went head to head down the stretch until Karena imposed himself on the game with a spin out of the post for the reverse baseline dunk, only to follow it up with another one-hand dunk not long after.

With four seconds left, Fitzgerald burst out of the half court inbound for the layup, but another Miller-Jose offensive foul prevented it from counting. Though they showed better signs, the Giants were unable to take a big enough chunk out of the margin as they trailed 54-85 heading into the last break.

The Huskies did not play Mauriohooho Le’Afa, Smith-Milner or Henry in the final quarter giving some bench players good minutes.

Unfortunately, the game ended with little excitement as Nelson won the quarter scoring just 13 points to Auckland’s 11. Karena showed some fight out of the post but it was too little too late with them losing 96-67, a loss they will be keen to move on from as soon as possible having not been in the game after the first quarter deficit they gave up.

With 11 out of their 12 players scoring, Smith-Milner led the way with 20 points with Fitzgerald the next best with 14. Mauriohooho Le’Afa (12 points, four rebounds, five assists) and Henry (13 points, seven rebounds, four assists) enjoyed well-rounded performances as the Huskies fired on all cylinders offensively for much of the night. Their final week of NZNBL action will start when they face the Otago Nuggets on Tuesday and if they can mirror their first quarter in any way, it will go a long way toward them winning.

A disappointing night saw Nelson shoot just 38 per cent with Karena (15 points, eight rebounds) and Aiolupotea (13 points) the only players to reach double figures. The loss sees them sit at sixth place as they will want to start fresh against the first-placed Taranaki Mountainairs on Wednesday.