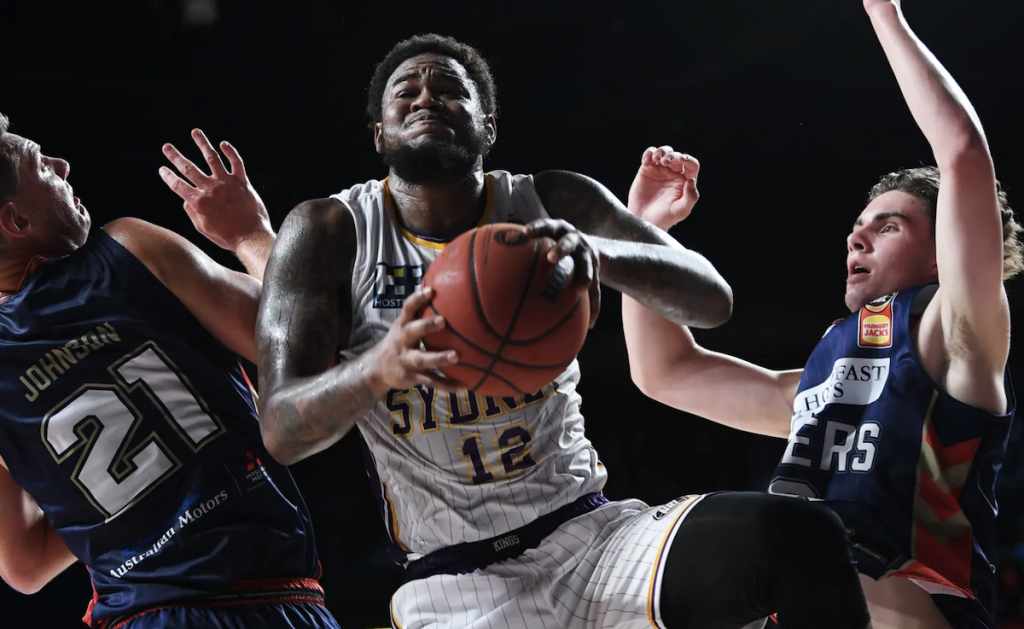 IMPRESSIVE second and third quarters from the Adelaide 36ers were responsible for an 85-80 triumph over the Sydney Kings, as last night’s hosts gathered their third win in a row and cemented their spot in third on the NBL standings for a week longer.

Each side traded buckets for the entire opening quarter down in Adelaide, as the Kings led 24-22 after 10 minutes of basketball with the margin never being more than five points.

However, it was the home side that started to turn up the heat, with the 36ers stringing together a 10-0 run spanning the later stages of the first to the beginning of the second and flipping the lead over to the home side.

Isaac Humphries was full of tricks leading up to half time, working on the glass and hustling for his baskets around the rim, whether they were in the post or off offensive rebounds. This led to a team-high 14 points and three rebounds by half-time, while Tony Crocker added supplementary numbers after two quarters with 10 points and six rebounds too, responsible for Adelaide’s 43-36 advantage at the long break.

Dejan Vasiljevic was the standout performer for the Kings with 16 points and a pair of assists as the rookie was doing his best to keep his team in the contest, while Casper Ware seemed rather distant from the floor early on. But as both sides started to figure out each other’s offensive tactics, the scoring began to come at a premium in what was a defensive-heavy third quarter.

With only 34 points being scored between both teams in the third, Adelaide’s remaining objective would be to limit Sydney’s effectiveness around the rim for another quarter leading 62-51. This plan of attack was oriented around Kings import Jarell Martin and Jordan Hunter.

It was no walk in the park for the Sixers, with an extensive run being conjured up by Sydney early in the fourth and reducing Adelaide’s margin to just three points. Unfortunately for Sydney, the 36ers frontcourt was on full display not only in the final period but throughout all four terms, as Humphries and Daniel Johnson punished their opponents inside on the final run home.

Outlasting a rather resilient Sydney line-up in the end by five points, Adelaide capped off a two-win week after toppling the South East Melbourne Phoenix on Wednesday and now sit pretty in the top four with three straight wins under their belt as a result.

The 36ers shot at  a superb 47 per cent last night and earned a plus-seven (45-38) in the rebounding category to further consolidate their win over Sydney. Additionally, 50 points occurred in the paint from Adelaide compared to the Kings’ 34, a testament to the night the Sixers’ frontcourt had.

Humphries was head and shoulders the most effective player in last night’s outing, trouncing his old side with 27 points and nine rebounds, while his running mate in Johnson concluded the game with 16 points, four boards and four assists. Both Crocker and Sunday Dech scored 13 points respectively, as Josh Giddey had a relatively quiet night posting five points, six rebounds and four assists.

Vasiljevic had a career-best night producing a whopping 28 points, four rebounds and three assists in just under 30 minutes of court time. But perhaps the story of the night was Ware’s rather ineffective showing given his usual performances, amassing just 15 points in 33 and a half minutes.

The two teams will engage in a rematch during Round 4 next Saturday with last year’s grand finalists desperately needing a win as they hold just one victory from their first four encounters, whereas Adelaide can extend their winning streak to four and improve their record to five wins from seven matches – a desirable objective to say the least.