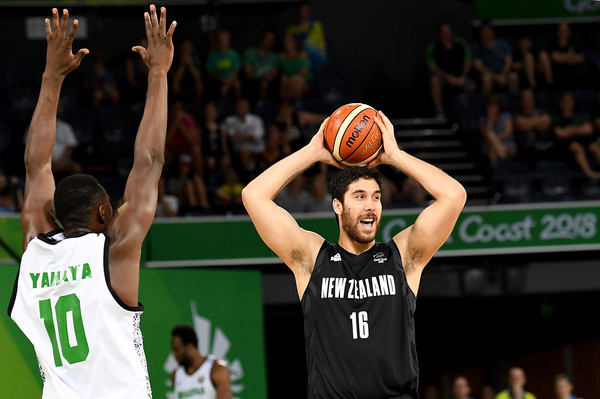 MORE than 450 players will be vying for a spot on the seven New Zealand National Basketball League (NZNBL) team lists when Sal’s NBL Draft takes place next Thursday. A huge response to the call-out for registrations saw no less than 19 current and former Tall Blacks scattered amongst the list, with 84 spots up for grabs.

Thursday night’s draft which will be broadcast via Sky Sports in New Zealand is set to be unprecedented in the league’s history, and NZNBL General Manager Justin Nelson is excited about the draft and season ahead.

“Amazing! No other way to describe it,” he said. “I keep saying it – basketball is huge in New Zealand and the interest this whole concept has created once again emphasises that the sleeping giant of sport is coming to life. “I hoped people would be interested in the whole draft concept, but it’s ten times bigger that I could ever have imagined.”

The draft night coverage runs from 5pm-9pm Auckland time, with an hour of speculation, interviews and analysis, and all 12 rounds live. Nelson said it was set to be a massive event in NZNBL history.

“It’s going to be a fun night, the whole draft concept has captured everyone’s imagination and people are really looking forward to holding draft parties and enjoying the moment,” he said. “Never in my wildest dreams did I think we’d be here today talking about an 84-player basketball draft being broadcast live across New Zealand. “Quite amazing.”

The league is currently in the Pre-Selection Period where the seven teams are able to pre-select players who fit one of the four criteria:

1) The player went or has been going to secondary school in the immediate area/town/region/city for a minimum of (4) years.
2) The Player has lived in the area/town/region/city for no less than 10 years at any one time.
3) The player has played the majority of his NBL career to date for the team (based on minutes played).
4) The player previously signed a Player Agreement to play for the team in season 2020 and this agreement was lodged with the League and signed-off by the League.

Once the Pre-Selection period is finished, the draft order will be determined on Wednesday for Thursday’s Draft.