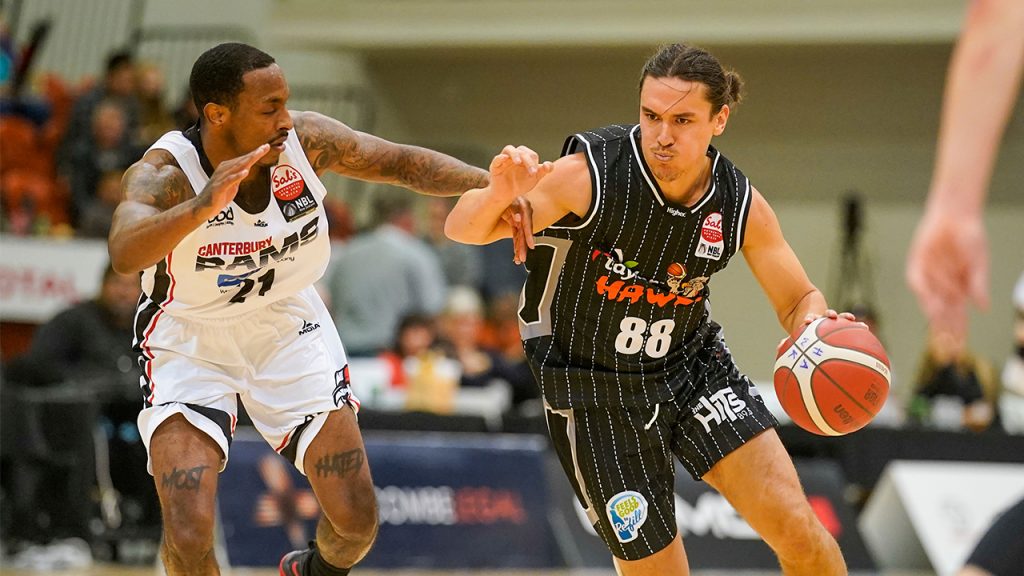 HAWKES Bay Hawks have swooped in the bookend terms to post an impressive 14-point win over Canterbury Rams. The Hawks dominated the opening term, racing to a 13-point lead at quarter time over the Rams, and whilst the Rams did managed to claw back some of the deficit, another standout fourth term sealed the deal and the home fans went home happy with a 104-90 victory.

The Hawks tipped off the game in style with a dominant 30-17 opening term to bolt to a 13-point advantage at the first break. Canterbury hit back by cutting the deficit to single digits at the half, and then both teams could not be separated in the third term. In the end though, a 29-24 final quarter ultimately pushed the result beyond doubt as the Hawks won by 14 points.

Canterbury actually shot more effectively from the field, knocking down 49 per cent of the field goals the Rams took, with a 57 per cent two-point percentage. Near-identical three-point range accuracies cancelled each other out, though the Hawks’ ability to get to the free throw line and convert (21 of 22 to six of 11) really counted. In the end, the Hawks scored 42 rebounds to 33, five steals to three and punished the Rams off turnovers with 24 points to seven. The Rams also topped the assist count (19-16), and had double the points off the bench (26-3), but the Hawks were too consistent across the board.

For the Rams, Quintin Bailey had the most points with 21, as well as five rebounds and two assists, but had plenty of help despite the loss. EJ Singler had the 15 points, nine rebounds and six assists – though seven turnovers – while Deshon Taylor also shared with 15 points, as well as four assists and two rebounds. Sam Smith (10 points, five rebounds and four assists) and Derek Albertsen (10 points, two steals) reached double-figures, though it was the work of Ben Constable from three-point range (four of five) which saw the deadeye shooter finish with 16 points and six rebounds.

Hawkes Bay Hawks next play on Saturday night when they take on the unbeaten Southland Sharks, while the Rams will play the night before against Manawatu Jets.