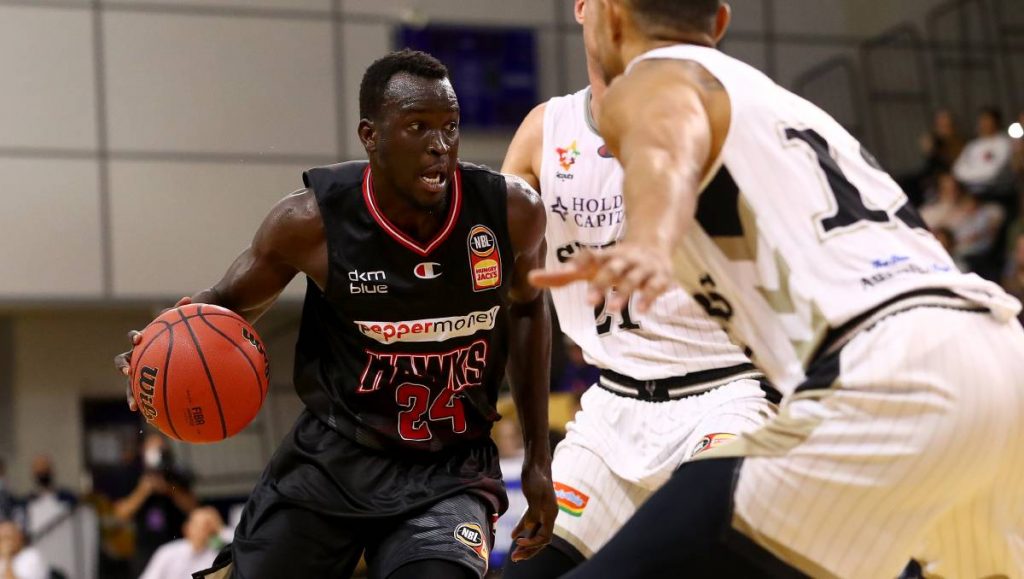 ILLAWARRA Hawks got back on the NBL winners list, pushing past Adelaide 36ers who slumped to their third straight loss, 98-89. Walking away with a nine-point win, the Hawks will have plenty to be happy with aafter overcoming an early deficit and putting in the hard yards to assert themselves on the competition.

Adelaide got things started hitting the scoreboard within the first 15 seconds of the match to show that they had come to play. That intensity lingered throughout the opening term as they put up shots to increase their lead and stop the Hawks from getting their signature game play up and running. Facing a six-point deficit at quarter time, the Hawks switched on in the second to break free of Adelaide’s shackles and steal back some of the ascendancy as shown through their 25 to 21 point second quarter effort.

With only two points separating the two sides at half time the Hawks worked in overdrive to power past the 36ers and create a lead of their own. A number of players made their presence felt both in offence and defence as Illawarra established a handy four-point lead. but that was short lived as Adelaide answered the call with some big plays of their own to go into the final change, levelling the score. Controlling the play in the final term it was the likes of Deng Adel that led the charge, showcasing his class and smarts to withstand the pressure and deliver time and time again for the Hawks. Their overall intensity and pressure forced the 36ers into errors while Illawarra capitalised on their chances to run away with the victory.

The Hawks shared the points around with five players reaching double-figure points but it was Tyler Harvey that once again stole the show for Illawarra. Harvey was more than happy to put up shots from beyond the arc and while his accuracy was only at 54 per cent he still managed to sink six triples. Former NBA player Adel had his best game to date posting 19 points while also collecting eight rebounds and five assists to drag his side over the line while the ever-reliable Cameron Bairstow sunk 14 points of his own. Justin Simon was also a handy option for the Hawks producing 13 points and falling just short of a double-double with nine rebounds. The only other player to reach double digits was Justinian Jessup, with the guard nailing 12 points in his 37 minutes on court. He also picked up four rebounds and two assists as Sam Froling chimed in with another eight points and six rebounds to have an influence on the game.

The absence of Isaac Humphries was well and truly felt for the 36ers who missed his presence both on the scoreboard and on the rebound with the bigman a consistent threat. In saying that, a number of other players upped the ante as Tony Crocker topscored for the 36ers posting 23 points at 52 per cent from the field, while Daniel Johnson was the next best when it came to points scored sinking 17. He also managed eight rebounds, seven of which were defensive, and collected four assists. Rookie Josh Giddey continued on his merry way, starring for the 36ers with his playmaking abilities well and truly coming to the fore through his nine assists. It did not stop there for Giddey with the youngster producing 14 points, six rebounds and three steals. Teammate Sunday Dech also had an impact on the game slotting 14 points and four assists, but it was not enough to get his side over the line.