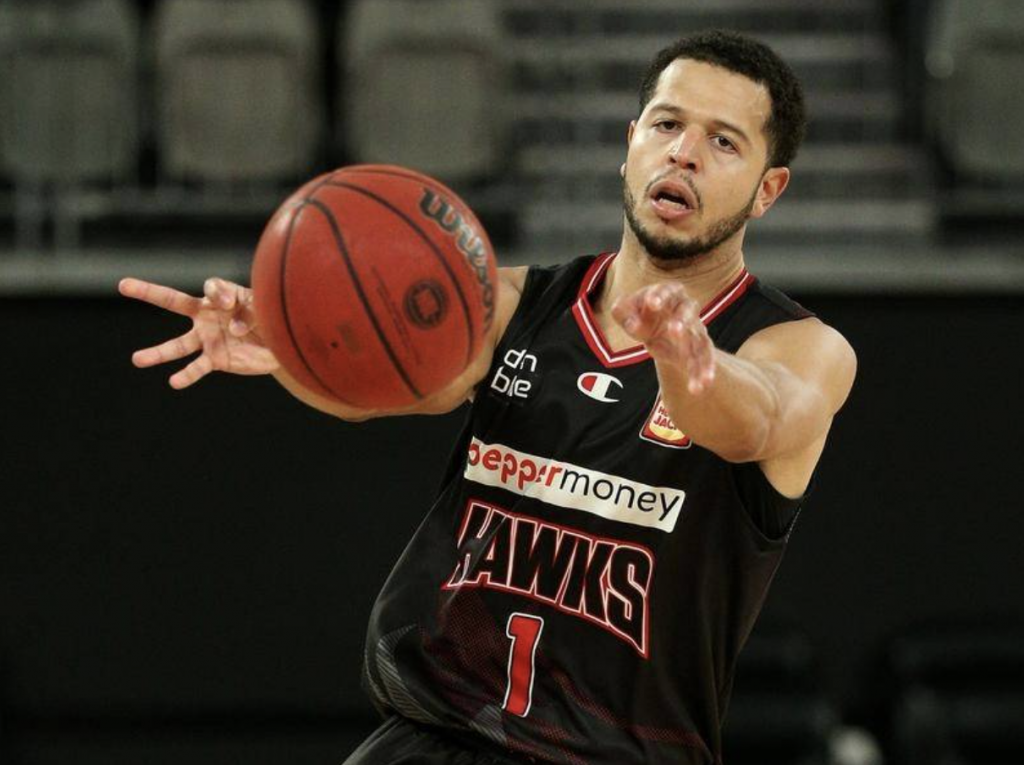 MELBOURNE United’s lead at the top of the NBL standings has become ever more precarious, after being handed their third-straight defeat during what has been a thoroughly disappointing NBL Cup stint. Their most recent downfall came at the hands of the title-contending Illawarra Hawks, who held United to a nine-point fourth quarter as they left John Cain arena with their heads held high, bewildering their opponents 77-69.

In the battle between first and third, the opening period provided no indicators of which team might start to tilt the balance in their favour, as Melbourne held a delicate 21-20 lead. However with Illawarra shooting over 50 per cent from the field, the Hawks were looking very impressive heading into the second.

Despite a slow start to the second period, United started to ramp up their intensity on the precipice of half time winning the quarter 22-16. That result widened the gap between themselves and the Hawks to seven points – the score being 43-36, as Chris Goulding led all-scorers after 20 minutes with 11 points.

The Hawks had been shooting well in the first two quarters, more efficiently than Melbourne surprisingly, knocking down 45 per cent of their attempts (two per cent higher than United) with Tyler Harvey leading the way on the back of eight points. Illawarra had, however, given the ball away profusely to this stage with nine turnovers next to their name, which in turn had led to 12 points for the hometown team compared to the Hawks two.

Illawarra got the one-point drop on United in the third, 18-17, thanks to the efforts made by their sharpshooter Justinian Jessup and big man Sam Froling who was big on the boards, but Cameron Bairstow was a surprise contributor with his production on the scoreboard.

If there is one thing in common about any one of Brian Goorjian’s teams, it is that they will fight for all four quarters and that is where the major moment of the contest occurred, as Illawarra kicked off the fourth with a nine-point run and took a five-point lead with just over six minutes left on the clock.

Mitch McCarron ended the scoring run, but from that point on Dean Vickerman’s side was playing catchup basketball through to the final buzzer as Jock Landale, Sam McDaniel and Mason Peatling would be the only other scorers for the rest of the fourth quarter.

Melbourne would not find their lead again after being held to just nine points in the fourth, whereas Illawarra amassed 21 of their own putting on a defensive masterclass and emerging victorious by eight points – a perfect example of the brand of basketball their head coach likes to play.

The Hawks’ shooting was not anything to wonder at given they would finish with a shooting rate of 42 per cent. But, scoring 14 points from the free throw line at a solid conversion rate of 82 per cent, Illawarra found this to be the best way to separate themselves from their opponents. On the other hand, Melbourne found the majority of their success in the paint scoring 38 of their points in the paint (six more than Illawarra).

Harvey was consistent and effective all night long during his 35 minutes of playing time scoring 23 points, grabbing six rebounds and dishing out four assists with Bairstow shocking everyone for 15 points of his own. Jessup was good from behind the arch with three triples to his name and 13 points, while Deng Adel failed to score a point but was good for six rebounds.

Representing their second half failures and one of their lowest offensive showings, not one United player would crack 20 points individually. The next closest to this feat was McCarron, who assembled 16 points and four assists, then followed by Goulding (13 points) and Landale (12 points and eight rebounds) who had unremarkable nights in comparison to previous efforts.

Melbourne will leave their city for the first time in weeks as they prepare to face their rivals the Sydney Kings next Friday in New South Wales, with teams now looking to make a late charge for the postseason. The Hawks, however, will stay in Victoria for another week to prepare for a rematch with United seven days from today.