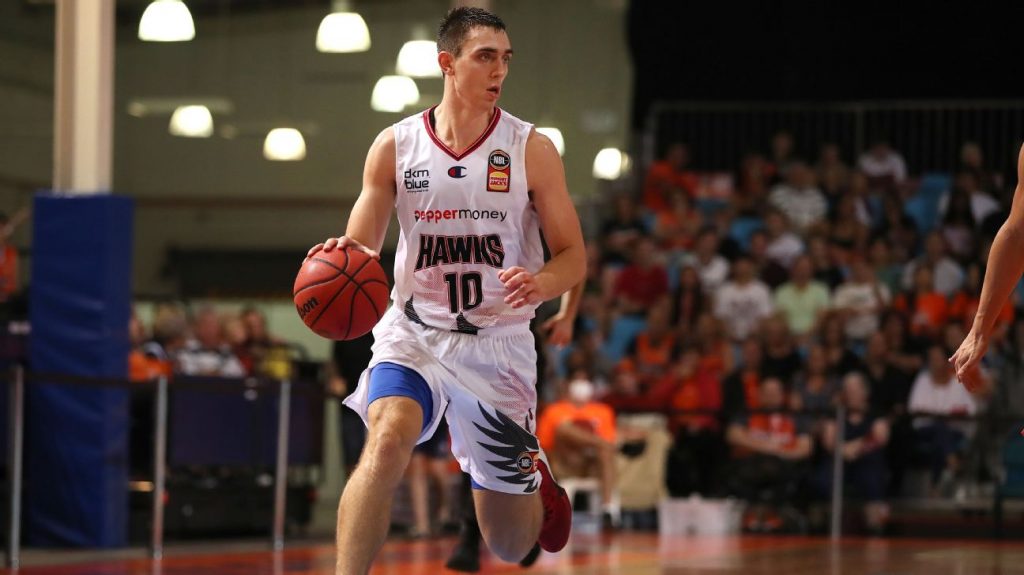 ANOTHER impressive road win has last year’s wooden spooners, The Hawks sitting atop of the National Basketball League (NBL) table after the completion of Round 1. Coming up against the highly fancied Cairns Taipans who were also coming off a win and had back-to-back games at home over the first weekend, The Hawks showed they meant business, as they dominated the rebounds on their way to a memorable 16-point victory, 92-76.

The Hawks silenced the crowd early with a dominant 31-19 first term. It was always going to be difficult to get back from there for the home side, though the Taipans did have a crack in the second period, winning the quarter 22-19 and cutting the deficit to nine at the main break. Neither team could gain the ascendancy early in the third term, which was exactly the way The Hawks liked it, as the visiting side ran out the stronger of the teams with a 23-16 final quarter to record their second consecutive win.

The Hawks were simply more clinical, shooting at 48 per cent from the field compared to the Taipans’ 39 per cent. Shooting was not the only area where the visiting team showed greater cleanliness, as they only produced eight turnovers to the Taipans’ 15, and had six more rebounds (45-39) and six more steals (10-4). The real key differential was The Hawks’ ability to get into the paint, putting up a remarkable 33 points to 26, and really dominating that area.

Cameron Oliver was again dominant for the Taipans, picking up a double-double of 16 points and 12 rebounds, while Scott Machado produced dime after dime to tally 11 assists to match his 11 points – though he only shot at four from 13 from the field. Majok Deng was the key shooter for the home side, picking up 20 points and five rebounds, combining well with fellow forward, Kouat Noi who finished with 16 points and six rebounds. Mirko Djeric (nine points, two rebounds) also contributed, though the home team only had two points coming off their bench compared to 16 from the winning side.

The Hawks coach Brian Goorjian said it was a terrific win and he was “proud” of the way the team handled itself in challenging conditions against the odds.

“I’m really proud of the team and I just keep talking about how this group has been since I’ve arrived,” he said. “I think it’s special as far as closeness, energy, hard work and wanting to get better. “My message to them is that’s fine, this is entertainment, put it on the floor so people see it.

“I think tonight we’re not going to be perfect, we’re going to make mistakes, this is a tough league, but we had a couple of setbacks before the game and we needed everybody tonight and we needed to do everything that we’ve been doing on the day-to-day, and I was so proud of where they went tonight against a good team on the road.”

Cairns Taipans coach Mike Kelly said the team was simply outplayed by a better team on the night.

“Well, the Hawks just came in and did whatever they wanted,” he said. “I think they would have been a little bit surprised they had in that first quarter especially. “That set the table for them and then they just kept going by playing harder and our energy was good but misplaced it seemed like. “We were all over the place and they exploited that, they played really well.”

The Hawks will remain in Queensland to take on Brisbane Bullets on Thursday night at Nissan Arena, whilst the Taipans continue their stack of North Queensland games, with another two games in Round 2, this time against Sydney Kings and Melbourne United on Saturday and Monday.