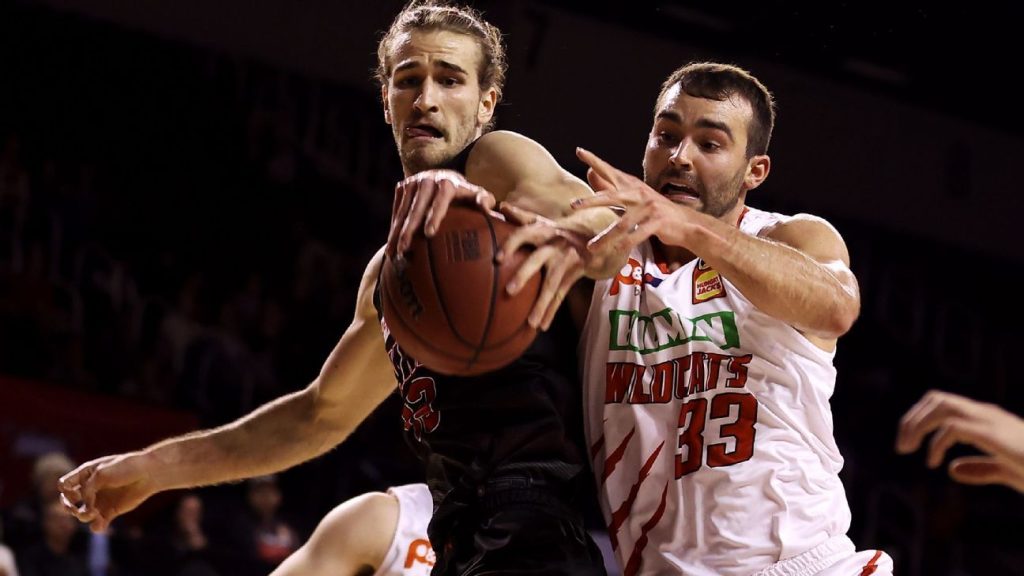 PLAYING back in front of their home crowd, the Illawarra Hawks produced a miracle win to topple the Perth Wildcats and secure a finals berth. After being bottom of the table last year the Hawks reversed their fortunes this season and this game was no different taking on the juggernaut that is Perth and coming up big with a narrow two point win, 81-79. Not only was it a fairytale performance for the Hawks playing unit, but so too for coach Brian Goorjian who is set to take lead his side into his 21st consecutive appearance.

It was always going to be a hot battle with the two sides jostling for prime position when it comes to the ladder. But it was the Hawks that made all the running early as they got busy on the scoreboard. Star, Tyler Harvey was on song early commanding the ball and doing his best job to apply scoreboard pressure opening the match with a triple to indicate the type of form he was in. Justinian Jessup also lent a hand with a jump shot of his own as the Hawks started to motor and hold the Wildcats up in offence. This momentum continued for much of the term as Illawarra controlled proceedings to create a handy four-point lead heading into the break.

Holding both the lead and momentum from the first term, Illawarra looked to capitalise but it was Perth that struck first as Clint Steindl landed a timely three to get his side back to within one point. With the pressure on them Illawarra managed to find a way to keep the scoreboard ticking over as Tim Coenraad hit a jump shot of his own to extend the margin back to four points. It was tit for tat for much of the term as neither team could really gain the ascendancy with the scores level midway through the term before the Wildcats pulled away thanks to John Mooney and his scoring prowess. With the tables now reversed as Perth held a four point buffer the Hawks needed to find a way to get back into the match. The answer proved to be bench points as Isaac White and Deng Deng found their rhythm as Harvey continued to be a thorn in the Wildcats side. their increased output saw the lead change hands once again as Illawarra clinched a narrow six point upper hand at the half.

The Wildcats came out firing in the third term with their increased pressure making it hard for the Hawks to find easy access to the rim. Todd Blanchfield and Jarred Bairstow worked their way into the match to reel in the deficit and give the Wildcats a chance to overcome their opponents. But the Hawks were unwilling to relinquish their lead despite scores being tied up at the nine minute mark at 44 apiece. Justin Simon saw the opportunity to inflict some scoreboard pain and that he did with a driving layup to reclaim the lead and most importantly some composure for the home side. Sam Froling also chimed in with a powerful dunk as the Hawks pushed out to a five point lead but the Wildcats continued to linger as Steindl landed a handy shot right on the buzzer.

A mere five points separated the two sides heading into the final break. Tensions were high with a win securing the Hawks a definite spot in finals and for the Wildcats a chance at stealing top spot. Neither side were willing to take a backwards step as Jesse Wagstaff ate into the deficit almost instantaneously. Wagstaff along with Mooney came to play in the final term as they spurred their side on to steal the lead with a tick over two minutes to play. but somehow the Hawks dug even deeper as the usual suspects in Harvey and Jessup stepped up to the plate to convert. It all came down to the final play of the game with Mooney unleashing a hail Mary three but missing as the Hawks run out victorious.

Harvey topscored for the Hawks thanks to his 27 points at 36 per cent from the field. He was relatively accurate from down town sinking five triples while he also picked up four rebounds and three assists. Froling produced 14 points and two rebounds as Jessup was down on his points scoring load with 12 but still managed to have an impact off the boards with four rebounds. Deng was another handy contributor thanks to his 11 points and while Andrew Ogilvy did not score he managed seven rebounds. For the Wildcats it was Steindl that led the way thanks to his 15 points as Mooney racked up another double-double credit to his 14 points and 15 rebounds, 11 of which were defensive. Wagstaff was strong off the bench for his 12 points as Will Magnay also plied his trade racking up seven points and five rebounds.