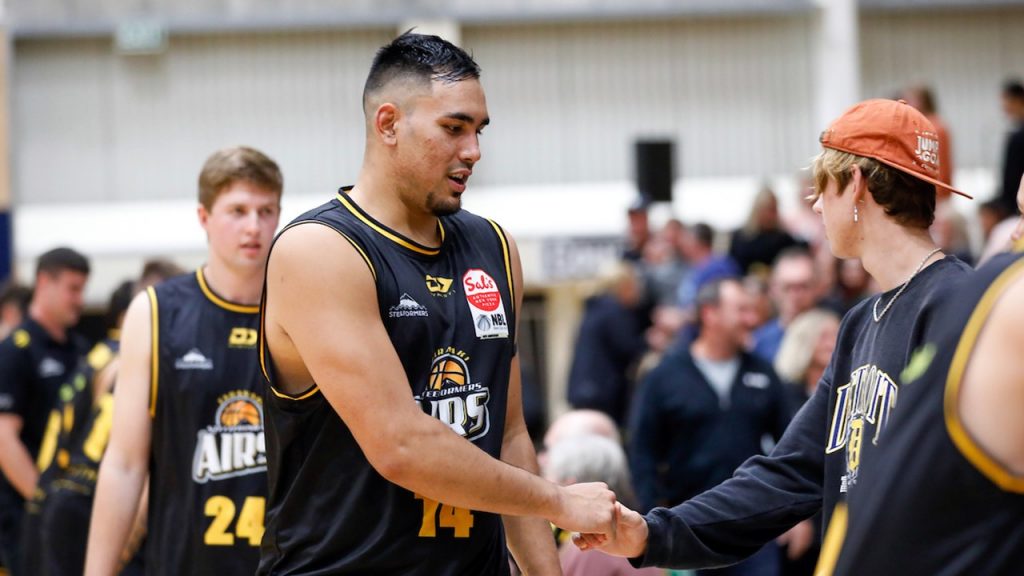 IT was a triple treat for New Zealand National Basketball League (NZNBL) fans last night with three games in action across the competition. In the biggest thriller of the night, the Nelson Giants had to claw their way back from a 17-point half-time deficit, only for the Hawke’s Bay Hawks to hold on by two points. Meanwhile Southland Sharks snapped a three-game losing streak to hand Auckland Huskies their second straight loss of the season, and Taranaki Mountainairs got on the board in season 2021 with a big upset win over the in-form reigning premiers, Otago Nuggets.

In the electric game at Pettigrew Green Arena, Hawke’s Bay Hawks race out to a 27-10 lead at quarter time, a 17-point advantage they maintained at the half. Nelson Giants mounted a challenge in the second half to pour on 28-20 and put the deficit back to single digits, then raced home but could not get closer than two points in a match where the Giants never held the lead. Aside from the Giants being more clinical with their shots (13 of 32 triples and 48 per cent overall field goal efficiency), the Hawks dominated all the other states, particularly the points in the paint (50-32) and second chance points (20-11).

After three consecutive losses, Southland Sharks got back on the winners list with a 15-point triumph over Auckland Huskies. The Sharks dominated the first term 31-20 to take an early lead, and then were never headed from there, building on that lead in the second half to win the third term 25-21 and fourth quarter 27-25 for an overall 102-87 victory. The Sharks shot at an elite 60 per cent from the field including 15 of 29 from long-range compared to the Huskies’ 43 per cent and six of 25. The winners also dominated the assist count (27-12) in a key to the win, leading from start to finish in the match.

Dom Kelman-Poto notched up a double-double in the victory, pouring on 21 points and 14 rebounds – 13 defensive – as well as six assists. Alonzo Burton managed the 20 points, of which 18 came from long-range in a six of eight shooting display. He also picked up five assists, the same amount as Courtney Belger who helped himself to 12 points and six rebounds in the process. In a shared effort across the board Brayden Inger (13 points, five rebounds and three assists), Josh Cunningham (10 points, three rebounds and three assists) and Sione Helu (13 points, three assists and two rebounds) also all picked up double-figure points.

In the other drought-breaking win, Taranaki Mountainairs got on the board with a 29-point victory over Otago Nuggets. Previously winless heading into the clash, the Airs came to play in the first quarter with a 29-13 term. Whilst the Nuggets hung around in the second to cut the deficit back to 13 points at half-time, the Airs finished the second half the stronger outfit, dropping 43 points to 27 to run out comfortable 91-62 winners. Aside from the rebounds that went in the favour of the Nuggets (41-39), the Airs had their measure across the board, particularly dominating the assist count (29-11), steals (11-5), points in the paint (50-36) and points from turnovers (33-11) in an all-round superb performance.

Round 4 of the NZNBL sees the Nelson Giants first host the Canterbury Rams before travelling to face the Otago Nuggets, whilst the Taranaki Mountainairs host Hawke’s Bay Hawks, with the Hawks also having to travel to Auckland to meet the Huskies. Meanwhile Southland Sharks have an extended break until next Sunday where they host Nelson Giants at ILT Stadium.