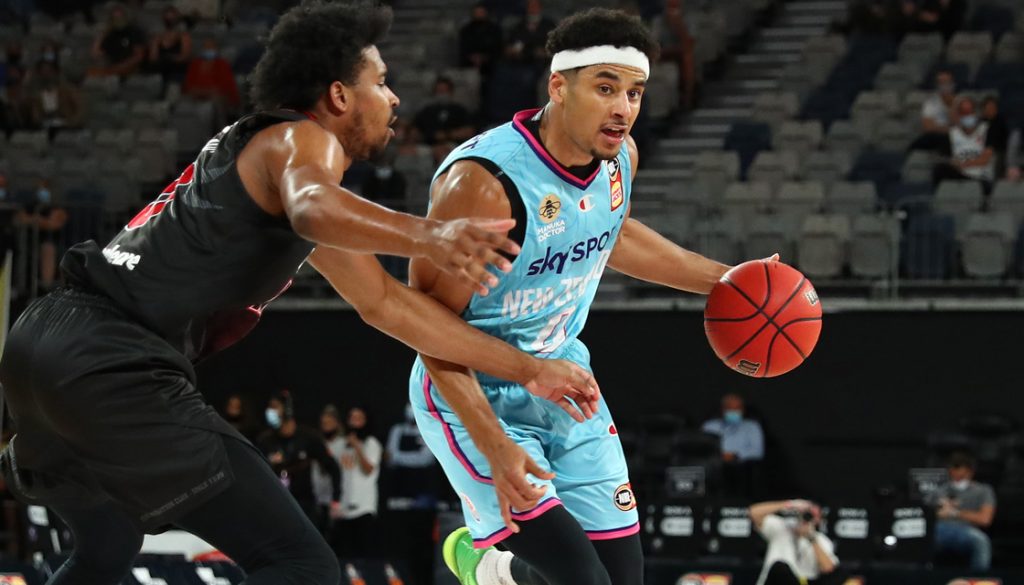 ILLAWARRA got back onto the winner’s list last night, comfortably defeating New Zealand Breakers by 14 points (102-88) thanks to a blockbuster second term. The Hawks’ key players stepped up to the plate learning from their earlier outing against Cairns to redeem themselves and pile on the pressure against the Breakers to continue their strong start to the 2021 season. On the flip side, the loss marks New Zealand’s fifth for the season as they hold firm in bottom spot.

It was a three-point shootout to commence proceedings as Lamar Patterson secured the first points of the game before Deng Adel answered with a triple of his own. This pattern continued throughout the term with neither side able to get any separation and going toe-to-toe for the quarter’s entirety as they entered the quarter time break at 21 points apiece. But the second term is where everything changed as the Hawks well and truly put their foot down to run rampant and inflict some serious scoreboard pain. Posting 33 points to 19, Illawarra had all the answers while the Breakers simply could not combat the offensive and defensive pressure mounted by their opposition as Cameron Bairstow dominated.

Holding a 14-point lead at the main break the Hawks were determined to keep the good times rolling and increase their lead as the game went on. Playing with confidence as their star players took control Illawarra kept a tight handle on the Breakers and while New Zealand was able to add more frequently to the scoreboard, they could not reduce the deficit. The final term of play was more on the Breakers’ terms as they outscored their opponents 24-21, however the game was already won and done as the Hawks did what they needed to stay ahead and run out victors.

Overall accuracy from the field was close between the two sides as the Hawks converted at 50 per cent sinking 39 of their 77 attempts while the Breakers managed 30 from 62 at 48 per cent. Although New Zealand was more accurate from two-point range with a 55 per cent accuracy compared to 48 per cent, the major difference was three-point conversion. The Hawks came with a clear plan to pepper the shots from long range and did so comfortably sitting at an impressive 53 per cent clip after nailing 16 of their 30 attempts, while the Breakers simply could not find their range from deep managing a 39 per cent success rate.

Assists favoured the Hawks as they recorded 17 compared to the Breakers’ 15 while they also showed their class and defensive nous to pick up 10 steals to three. Illawarra was careful with ball in hand treasuring each possession and only recording nine turnovers but it was a different story for the Breakers who registered 22, often throwing the ball away. However the Breakers had their chances reeling in 46 rebounds, 15 more than the Hawks who simply did not have the same presence off the boards.

Tyler Harvey was once again the go-to man for the Hawks as the guard equal-topscored with 20 points, albeit at 50 per cent from the field. Harvey also amassed four assists and two rebounds while displaying his defensive prowess to finish with three steals. Justinian Jessup was another major contributor for the Hawks in the win, knocking back 20 points and proving to be strong from downtown thanks to his four triples. Jessup also collected three steals while Bairstow plied his trade finishing with 17 points. Sam Froling managed eight points for the match while picking up six rebounds and three assists.

For the Breakers, Corey Webster was the main contributor keeping the scoreboard ticking over thanks to his 22 points and five rebounds in 24 minutes on court. Colton Iverson had a day out posting ridiculous numbers of 13 points and 17 rebounds, with 11 defensive rebounds highlighting his prowess and strength off the boards. Partner in crime Tai Webster just fell short of a double-double registering 20 points, nine rebounds and seven assists as Patterson also knocked back 13 points but was costly with ball in hand with four turnovers.