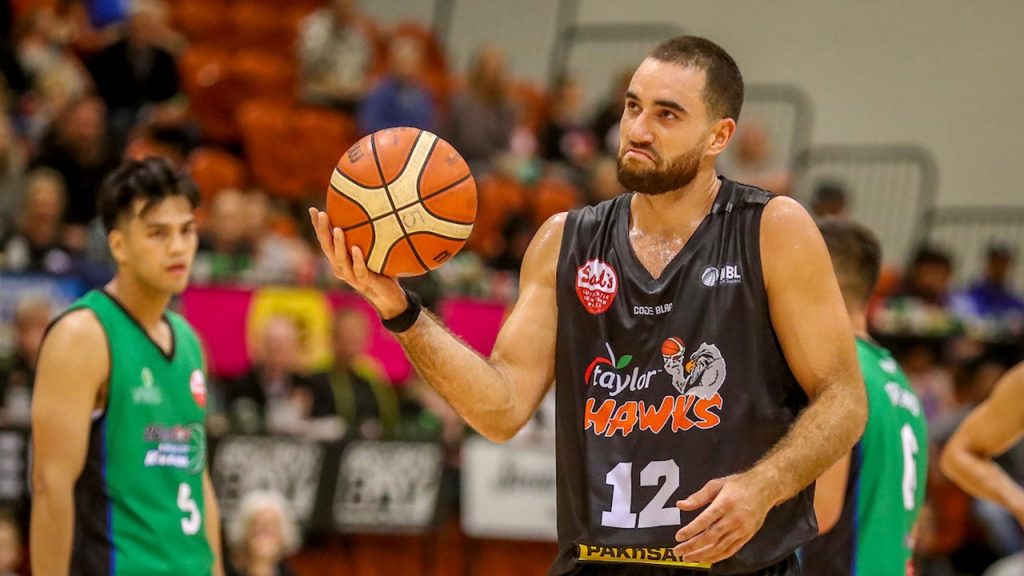 HAWKES Bay Hawks have sent a message to the rest of the New Zealand National Basketball League (NZNBL) competition, posting a huge 30-point win over Otago Nuggets to go outright third over their opponents on the 2021 table. Meanwhile in the other NZNBL clash last night, Franklin Bulls snapped their recent poor form to grind out a hard-fought win over Auckland Huskies thanks to a dominant second term.

In the one-sided contest at Pettigrew Green Arena, Hawkes Bay Hawks won every quarter on their way to the commanding 30-point triumph. Taking control from the opening tip-off, they lead by five points at quarter time and blew it out to 16 by the main break courtesy of a 32-21 second quarter. They kept the foot down in the second half to win the third and fourth quarters by six and eight points respectively, as they raced away to secure the 103-73 triumph.

Ethan Rusbatch was a clear best-on for the Hawks, putting up a massive 36 points at 57 per cent accuracy, but it was his long-range shooting that was a delight. Rusbatch nailed nine of 15 from beyond the arc in a remarkable shooting display, whilst also picking up four rebounds and four steals for his troubles. Rhys Vague (25 points, eight rebounds and five assists) was also remarkable from beyond the arc, hitting seven of eight rom long-range, and nine from 10 from the field overall. Jonathan Janssen (11 points, eight rebounds and two blocks), Derone Raukawa (nine points, seven assists and three rebounds) and Devondrick Walker (four points, eight assists, six rebounds and two steals) all contributed in different ways.

The other match was much closer, with Franklin Bulls able to come back from a six-point quarter time deficit to win the game against Auckland Huskies in a low-scoring 78-70 contest. The Bulls put on 22 points to nine in a huge second term to grab the lead by seven points at half-time, and then in an even second half, the Bulls only added the one more point than their opponents to secure the eight-point victory and the latest bragging rights in the Battle of the North.

Chris Johnson continued his terrific season for the Huskies with another double-double effort of 23 points, 11 rebounds, four blocks and two assists. This time he had support from fellow big man Tom Vodanovich who returned from the ANBL for 22 points, four rebounds and two assists on the night. Takiula Fahrensohn (nine points, three rebounds and two steals) and Dontae Nance (seven points, four rebounds, six assists and three steals) were both solid from the start, while Justin Bibbs chipped in with six points, eight rebounds and three assists in defeat.

Auckland Huskies are first up in the next set of fixtures with a Thursday night home clash against Canterbury Rams. Otago Nuggets travel to Nelson Giants and Hawkes Bay Hawks host Wellington Saints on Friday night, while the Franklin Bulls lock horns with Southland Sharks on Saturday night.