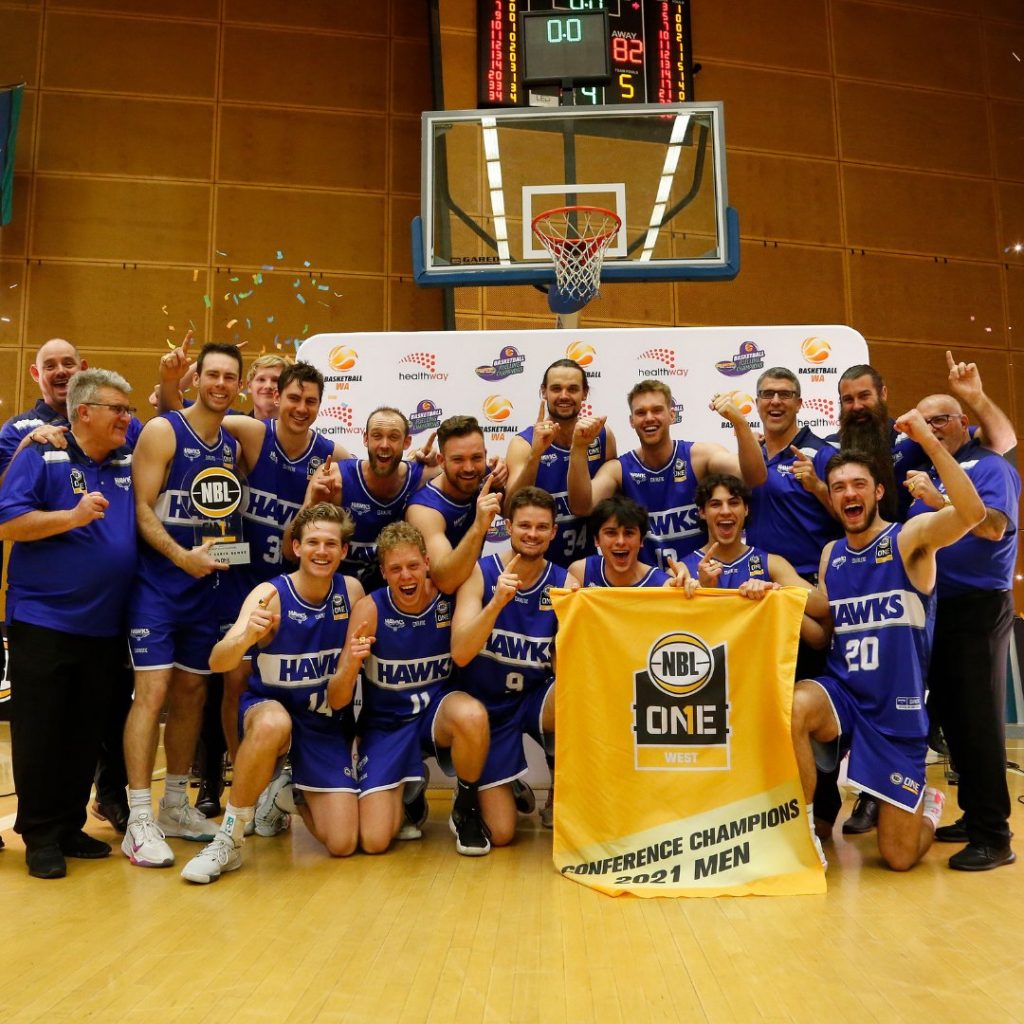 PERRY Lakes Hawks became the inaugural National Basketball League (NBL)1 West men’s division champions after downing Rockingham Flames by 10 points at Bendat Basketball Centre last night. The Hawks raced away to an early lead, were pegged back by the Flames, and then stood strong in the final term to run out 92-82 victors to collect the silverware.

Perry Lakes burst out of the blocks with a 29-20 opening quarter to hold a nine-point lead and looked good for backing up their minor premiership. Rockingham hit back over the next two quarters, narrowly winning the second and third terms by two and three points respectively, to trail by just four points at the final break. Both sides had claimed wins over their opposition this season, but the Hawks’ most recent victory gave them the motivation to be able to power away, and they did that in the final term with a 20-14 quarter to win, 92-82.

Perry Lakes were more accurate from the field, finishing with a 43.2 per cent efficiency compared to their opponents’ 39.4 per cent. Both sides drained 10 triples, and the assists (17-14), steals (6-4) and blocks (3-2) were all close counts but favoured to the champions. Rockingham recorded more rebounds however, picking up 46 to 41, but also committed double the turnovers (16-8) which proved costly in the end.

Andrew Ferguson led the way with Most Valuable Player (MVP) honours, knocking down 18 points and 15 rebounds – 11 defensive – in a match-winning performance. It was an even spread across the board for the Ha with five players reaching double-figure points. Matthew Leary drained three of four from long-range – including a half-court stunner on the verge of three quarter time – for 17 points, while Ben Purser (16 points, four rebounds and four assists) chimed in with a bit of everything.

Mitchell Clarke (14 points, five rebounds and four assists) and Ryan Smith (11 points, three rebounds and two assists) were the others to notch up double-digit points in the Hawks’ win. Lewis Thomas raked in the second most rebounds for his team with eight, to go with seven points, four steals, three assists and three blocks.

For the Flames, Ryan Godfrey picked up a match-high 20 points, nailing four of 10 from beyond the arc for a total of 20 points, as well as four assists and three rebounds. Tom Jervis managed a double-double of 11 points and 10 rebounds with two assists, as Cirkook Makuac Riak compiled 15 points and four rebounds for his troubles, with two of seven from long-range.

The result was the first official time a championship had been awarded in the NBL1 West competition after the season was cancelled last year, though under the State Basketball League, the Hawks extended their lead as the men’s most successful club with seven titles overall, whilst the Flames are yet to win one. Across both men’s and women’s divisions, the Hawks have a record 14 championships, with all of the Flames’ championships (three) coming in the past seven years in the women’s division.