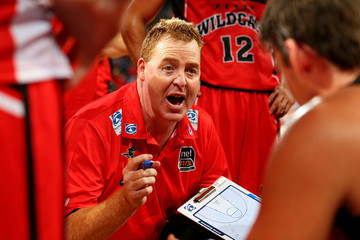 IT was a battle of attrition between Cairns and Illawarra last Sunday, where spectators saw a battered Hawks outfit overcome the Taipans by 11 points to put their first win on the board. This victory came off the back of Todd Blanchfield, who scored a career-high 32 points for the Hawks. Illawarra coach, Rob Beveridge finally broke the ‘Cairns curse’ after losing to the Taipans for the last eight times, but his mindset was to forget it ever happened.

“Our mentality was we haven’t lost here in years,” Beveridge said” “Forget about my track record.”

Beveridge had his hands full with pressure this week because his Hawks had lost the last two matches. With the nail-biter against Melbourne United and the smashing by the Perth Wildcats by 40 points, Beveridge was feeling flat.

“We had a hell of a battle against Melbourne then we couldn’t back up to days later and embarrassed ourselves,” Beveridge said.

The pressure on the Hawks was building by critics and fans, however, that was not Beveridge’s only problem, as injuries started to mount for an already pounded Hawks.

“We were so hurt this week, we had five players sit out practice on Wednesday,” he said.

Blanchfield was one of the injured, but it didn’t stop him from running rampant and causing the Taipans all sorts of headaches. Beveridge described it as special.

“I think there are people in the group, they are special, they’re hurt and they just keep playing,” Beveridge said. “He said (Todd Blanchfield) was hurt, a lot of people don’t know, and he came out and played like that tonight was incredible, the same like with Brian Conklin, played out hurt and he’s a warrior. That’s what we need.”

Conklin scored 21 points for the Hawks just behind Jordair Jett with 22, and Blanchfield with 32 gave the Hawks their first win.

On the other side of the coin, Mike Kelly summed up his team’s performance in one word, “frustrating”.

“We just never stopped them, even when we were scoring well in the first half, we were not getting the stops,” he said. “We need to get better defensively, (we were) inconsistent in the pre-season which has been shown in the two previous games.”

The Taipans were poor, as they managed to turn the ball over 17 times and had the ball stolen from them 11 times by the Hawks. Illawarra capitalised on these errors, resulting in the Hawks scoring 22 points from turnovers. Kelly was disappointed in his team’s accumulation of turnovers.

“Turnovers are killers,” he said. “We gifted them the ball a few extra times, which were key errors. We did a pretty good job early with the ball but weren’t able to grind out the game.”

DJ Newbill and Melo Trimble combined with 50 points but lacked support from other teammates. For Newbill, it was all about the stops that resulted in the Taipans’ defeat.

“Both teams played really well offensively, but it came down to who could achieve more stops on the stretch, and obviously they got more stops,” he said.

Despite the loss, Newbill is enjoying combining with Trimble.

“The coach is putting us into a good position where we can be aggressive,” he said. “Our team is allowing us to explore around the court a little, we share the ball and take some good shots.”

The Taipans will host the Adelaide 36ers in Cairns on Thursday, while The Hawks will face the Brisbane Bullets on Saturday at the WIN Entertainment Centre.