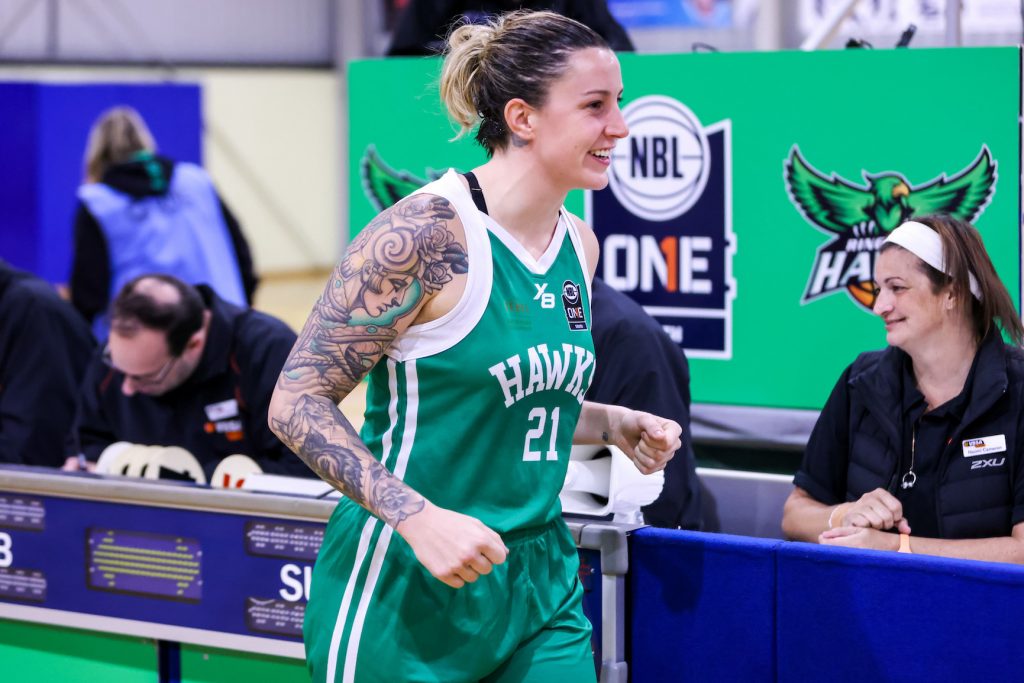 THE Ringwood Hawks have done what no one else could this season, knocking off the undefeated Frankston Blues in one of three victories for the club in Round 11.

Having already defeated the Melbourne Tigers 71-56 on Wednesday night, and claiming an 18-point victory on Friday night against the Kilsyth Cobras, the Hawks were back in action again on Saturday claiming a massive scalp on the road at the Frankston Basketball Stadium.

After an entertaining first half it was the home team who led at the main break on the back of a brilliant first two quarters from Darcee Garbin who scored 19 points, half of her team’s total, as they led 38-37 with an intriguing second half to come.

The Hawks were brilliant as they managed to overrun the Blues in the second half to claim an 11-point victory. It was a great team performance as Funda Nakkasoglu (11 points), Danni Bone (11 points), Toni Farnworth(10 points), and Marena Whittle (21 points) all scored in double figures for the match. The defence of the Hawks was also a key factor as Ringwood held Frankston to just 24 second half points.

For the Hawks, Whittle completed her 21-point game with 12 rebounds and Bone had four offensive rebounds (five rebounds total) to go along with her 11 points. Meanwhile, Garbin (23 points, 14 rebounds) and Taylah Giliam (21 points, 4/7 three pointers made) were the stars for the Blues.

The defeat of the 10-0 Blues, and the two other wins against the Tigers and the Cobras keeps the Hawks’ hopes of making NBL 1 finals alive.

Meanwhile, Knox had two wins over the weekend including a victory over fellow finals contender Eltham. Knox defeated the Wildcats 75-53, the day after an eight-point victory over the Falcons.

Elsewhere, Launceston and Bendigo took advantage of the Blues’ defeat, narrowing the gap at the top of the ladder.

The Tornadoes had a close win against the Supercats, with Kelsey Griffin (26 points, 12 rebounds, eight assists, four steals) falling just shy of a big triple double in the 73-70 victory.

While Sara Bilcavs had 34 points and eight rebounds in Geelong’s first game of the round, a 29-point win over the Hobart Chargers.