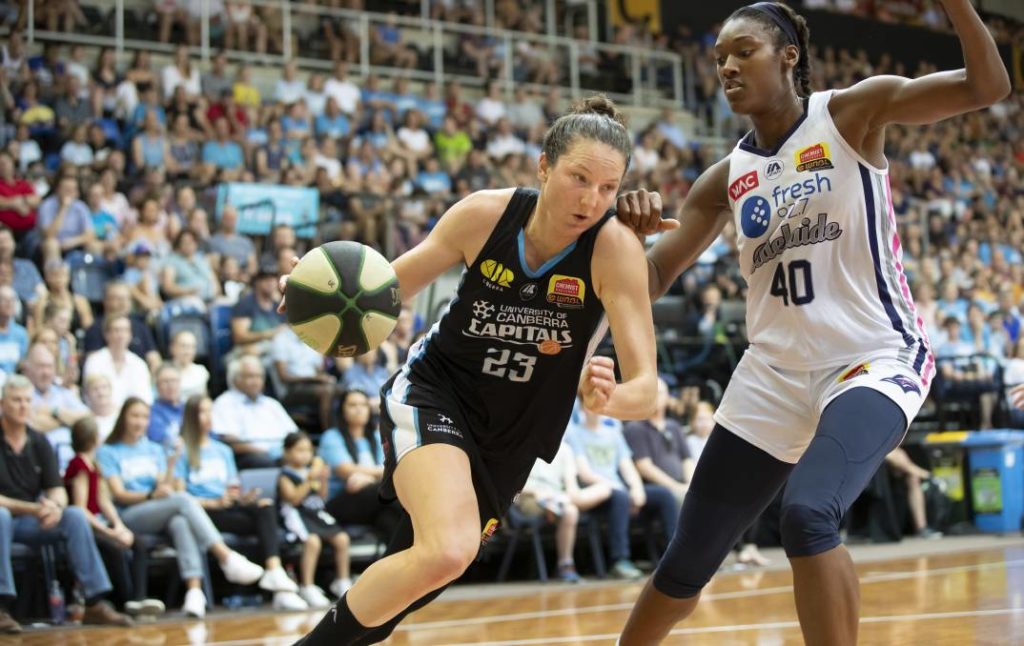 WITH no Women’s National Basketball League (WNBL) action this week, we cast an eye over the current Draft Central Medal leaderboard to see who is out in front, the contenders and how the board is shaping up.

After a dominant performance in Round 5 Kelsey Griffin pinched the lead from previous leader Mercedes Russell. Griffin was key throughout the round unable to be tamed in each of her outings, notching up 18 points against the Boomers and recording a double-double with 14 points and 13 rebounds against the formerly undefeated Southside Flyers. Griffin’s performance was one to be admired, standing up under the pressure and owning the court while Russell on the other hand failed to have the same impact.

Melbourne Boomers’ Cayla George continues to climb up the DC Medal leaderboard to draw even with Russell, following another strong outing against the Capitals. George was crucial off the boards with eight rebounds to accompany her 10 points. Brianna Turner leapfrogged her way up the ladder, moving up to fourth spot and earning three votes for her efforts over Round 5 to get some separation from the rest of the group which is hot on her tail. Turner managed an impressive 22 points, eight rebounds and two assists for Adelaide Lightning. Lindsay Allen sits on eight points to round out the top five.

Alison Schwagmeyer, Leilani Mitchell and Abby Bishop all sit on seven points apiece while it gets pretty crowded in the middle order with Jenna O’Hea, Keely Froling, Katie-Rae Ezbery, Colleen Planeta and Stephanie Talbot all on six points after five rounds.

Although Griffin is out in front, Round 5 showed just how quickly the leaderboard can change if one player has a blinder or can string a couple of solid games together. Russell and George are prominent threats, while Turner and Allen should not be forgotten about given their explosiveness and skill on the court.