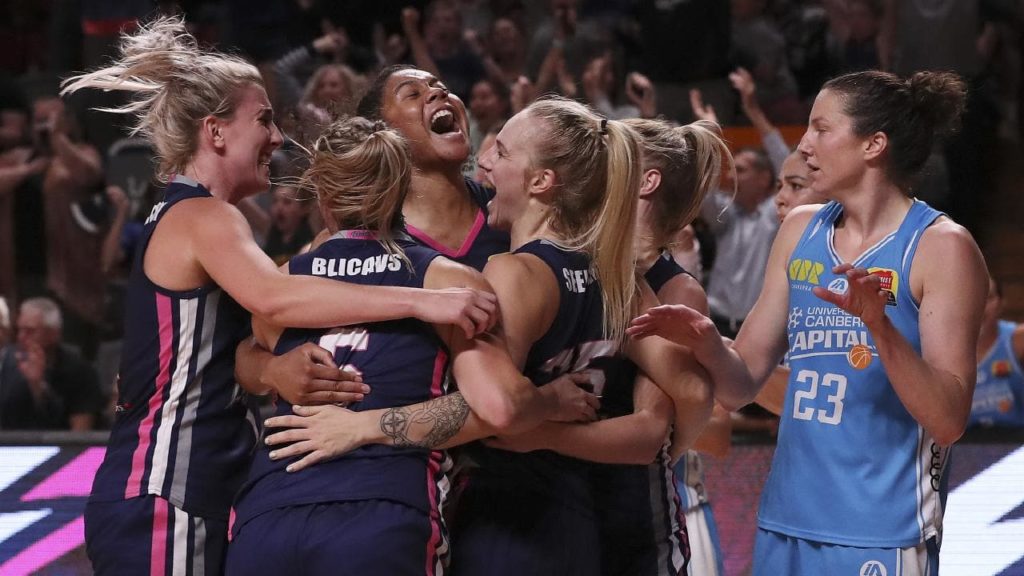 A THRILLING one-point win to Adelaide Lightning at home has kept their Women’s National Basketball League (WNBL) premiership dreams alive, forcing the University of Canberra (UC) Capitals into a deciding third game. Read below to see how the game went down.

In game two of the finals, Adelaide keep their chances alive with a last-ditch effort to win over UC by one-point. Adelaide scored consistently throughout the four periods, whereas UC had a dip in the third which made the closer a one-point game. The Capitals got off to a strong start, leading 23-19 at the first break, then extended their lead to seven by half-time. While many might have thought the favourites and minor premiers had one hand on the cup, the side that has refused to give in all season put in one last effort at home. The Lightning threw everything at the Capitals in the third term to restrict the visitors to just 12 points, while scoring 18 themselves and cut the deficit to just one point. A final term of 19-17 was enough for the Lightning to secure the win.

It was Adelaide’s Nicole Seekamp who sealed the win with a lay-up as time diminished. The guard led scoring for her side with 19-points, nine rebounds, five assists and two blocks. Her teammates, Nia Coffey, Lauren Nicholson and Kayla Alexander were also important. Coffey earned a double-double with 14-points and rebounds, Alexander earned one too with 12-points and 11 rebounds, while Nicholson had 14-points with seven rebounds and two assists. Though the most dominate player for the game was easily UC’s, Kelsey Griffin. The forward picked up 24-points with 23 rebounds across 29 minutes. Her teammates Kia Nurse and Leilani Mitchell also impressed, with Nurse earning 16-points with 10 rebounds and Mitchell with 13-points, six rebounds and nine assists.

For Adelaide, they relied on their two big scorers with Lauren Nicholson sinking 21 points to go with her four rebounds and one assist, while young gun, Nia Coffey starred with 15 points, 11 rebounds, one assist and three blocks.Kayla Alexander (seven points at 75 per cent scoring efficiency, and seven rebounds) and Sara Blicavs (seven points, three rebounds and two assists) were others who did their best for the Lightning but it would not be enough.